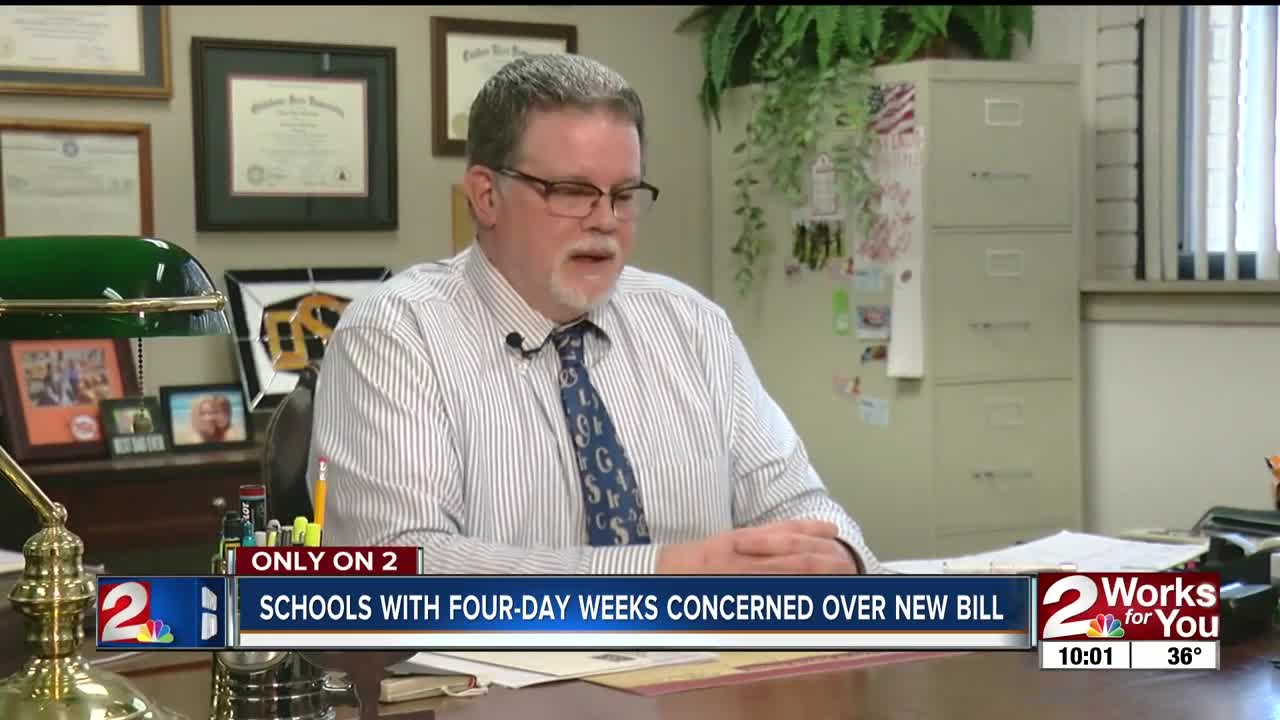 INOLA, Okla. -- A bill forcing Oklahoma schools to return to five day school weeks is on its way to the senate floor. Some rural districts are expressing concern for adding another day of school without additional funding.

"After all the cuts, we’re getting ready to take another major cut, and it wound up being about $250,000 more dollars," Holbrook said.

Approaching the 2016 school year, Dr. Holbrook says the district was down 12 teachers…and up 108 students.

"If I took five teachers out of my elementary school, we were going to wind up with classes, first grade classes of 30 to 35 kids," he said.

After some research and speaking with community members, they thought about a four day school week.

"There were times back then when I was beginning to wonder if I was going to make it because it was so stressful and so sad," Holbrook said.

In the past three years using a four day school week, Dr. Holbrook says they’ve been able to add back four teaching positions, and buy textbooks.

"I love for my teachers to get more, but I really wish I could get more teachers, and until we get funds for that we’re kind of stuck," Holbrook said.

Senate bill 441 eliminates the four day school week. Senator Marty Quinn tells Two Works For You that he feels it’s best for students to be in the classroom five days a week. He also says he’s seen examples of districts manipulating the four day week by not using money wisely.

Senator Quinn says if schools can prove students meet or exceed state performances, and that the district saves money, they can keep the four day week.

"It won’t be that difficult for us to show that test scores have stayed good," Holbrook said.

The superintendent says if they have to go back to a five day school week, the district needs about $150,000 to operate properly.

The emergency clause was removed from the bill so if it’s passed, it will apply to the 2020 to 2021 school year.