Slick roads cause concern for drivers 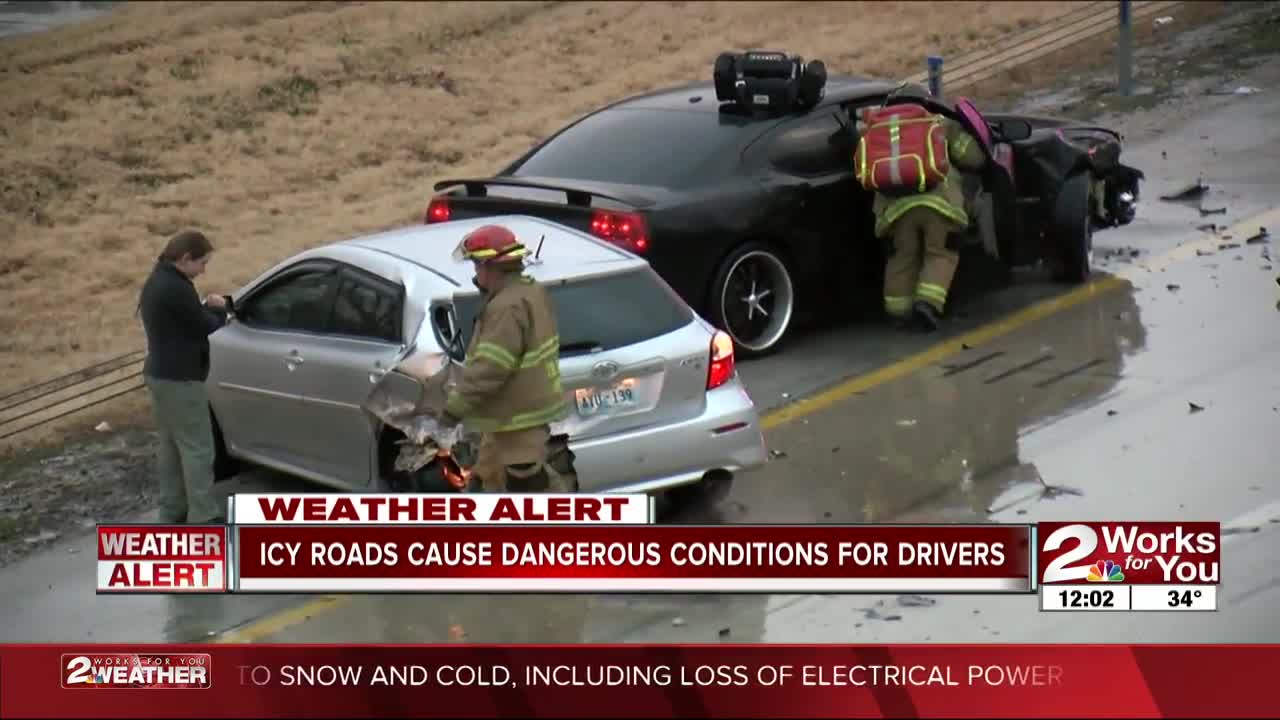 As low temperatures linger in eastern Oklahoma, icy roads are a concern for drivers.

TULSA — As low temperatures linger in eastern Oklahoma, icy roads are a concern for drivers.

Rain rolled through the area before 7 a.m.

"My windows were all iced up, so I had to sit in my car for a while and let the defroster run," said Tina Shurtz who lives in Tulsa.

AAA said they responded to 980 calls statewide on Wednesday.

Andy Robinson said he saw some of the "dangerous crashes." He made sure his car was ready for the ice.

"Brand new tires on all my cars, for one, because if you have bald tires being in this weather is not going to be good for you," Robinson said.

Driving on the ice was not his biggest concern. Robinson is most concerned about a serious ice storm hitting Tulsa.

"I remember a few years back we had that really bad ice storm and that worried me, because people were out of power for like two to three weeks," Robinson said. "I don’t want that to happen again."