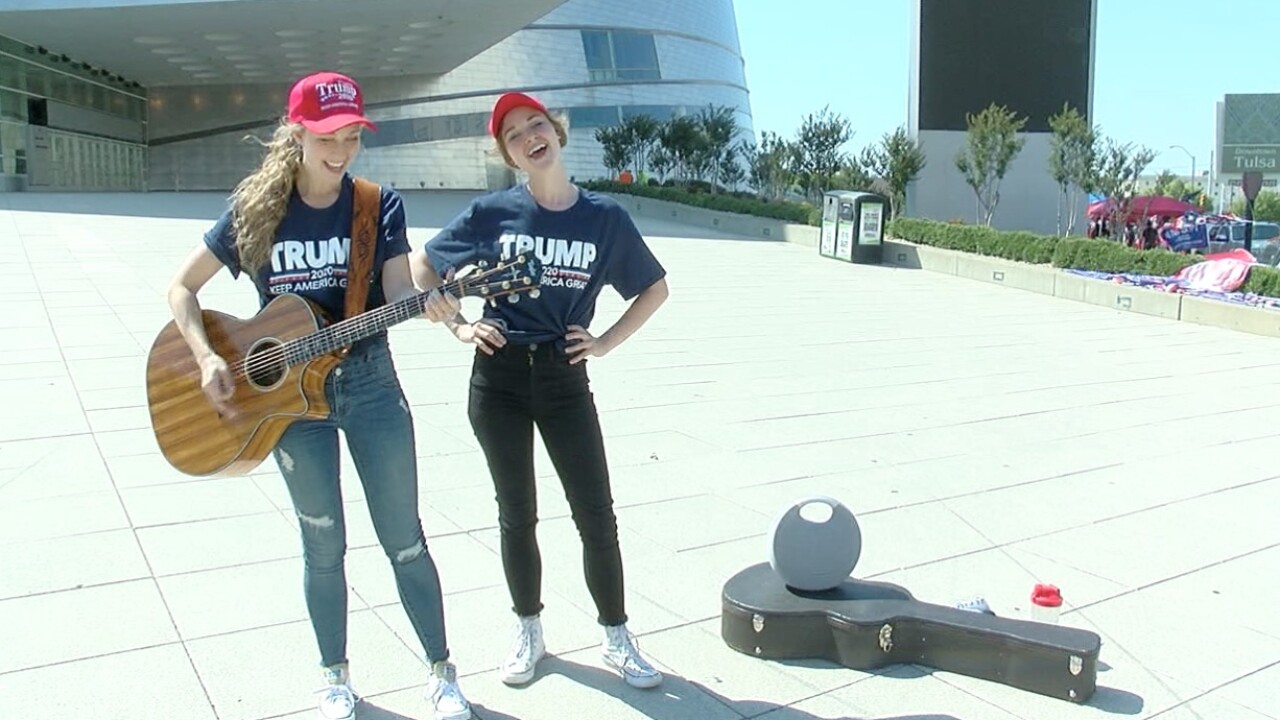 TULSA, Okla. — When Camille and Haley Harris heard President Donald Trump was coming to Tulsa, they knew it was the perfect time to release their new song “Keep America Great.”

The sisters said they want the song to show others to not be afraid to voice their support for Trump.

"Kind of wake up the silent majority," Haley said. "Tell them it’s okay to say you support President Trump. He’s doing a good job. He’s done a good job for the last three and a half years and we just want to encourage that.”

Camille and Haley just finished the studio version of the song. While it urges listeners to vote for Trump, they said it’s not just about him. It’s also about preserving American freedom.

“Our freedoms are already kind of going away, it seems like, little by little," Haley said. "And we just think he’s going to help it not at least as fast. You know what I mean? At least we want four more years of what we’ve seen already.”

The song has gone viral with one video on Twitter getting more than 16 million views. However, not all the response is positive. But that doesn’t bother them.

“You can’t take anybody’s criticism very seriously when they just hate you because you have a different stance on something," Camille said.

The duo has taken their song outside the BOK Center, where people are already lining up for the rally on Saturday. Where they’re hoping for the chance to perform on the big stage.

“We don’t know if we’ll get in or not if we don’t get to sing," Camille said. "If not, we’re Trumpers. We love him and we support him and we’ll continue to until the election.”