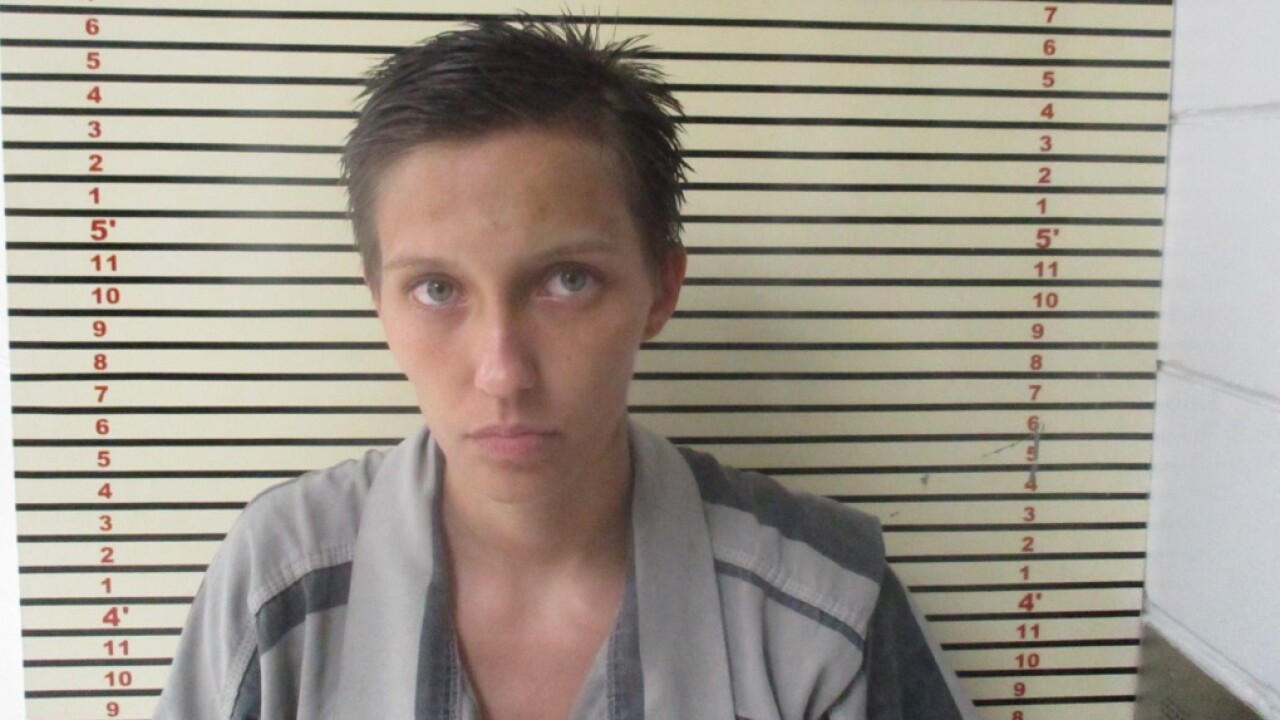 WAGONER COUNTY, Okla. — A 24-year-old woman was arrested Wednesday after officials said she stabbed her boyfriend in the chest last week and left him bleeding in the driveway.

Wagoner County Sheriff's Office deputies said at about 1 a.m. on July 4, they were sent to the 18600 block of U.S. Highway 64 in the Haskell area. The investigation revealed that the woman, Allyson Tolbert, stabbed her boyfriend in the chest with a large kitchen knife during a domestic dispute, deputies said.

The man who was stabbed was found shortly after by a friend, unconscious and bleeding profusely.

Tolbert was located Wednesday by deputies, and officials said she confessed to the stabbing.

She was arrested on one count of aggravated assault and battery with a deadly weapon.