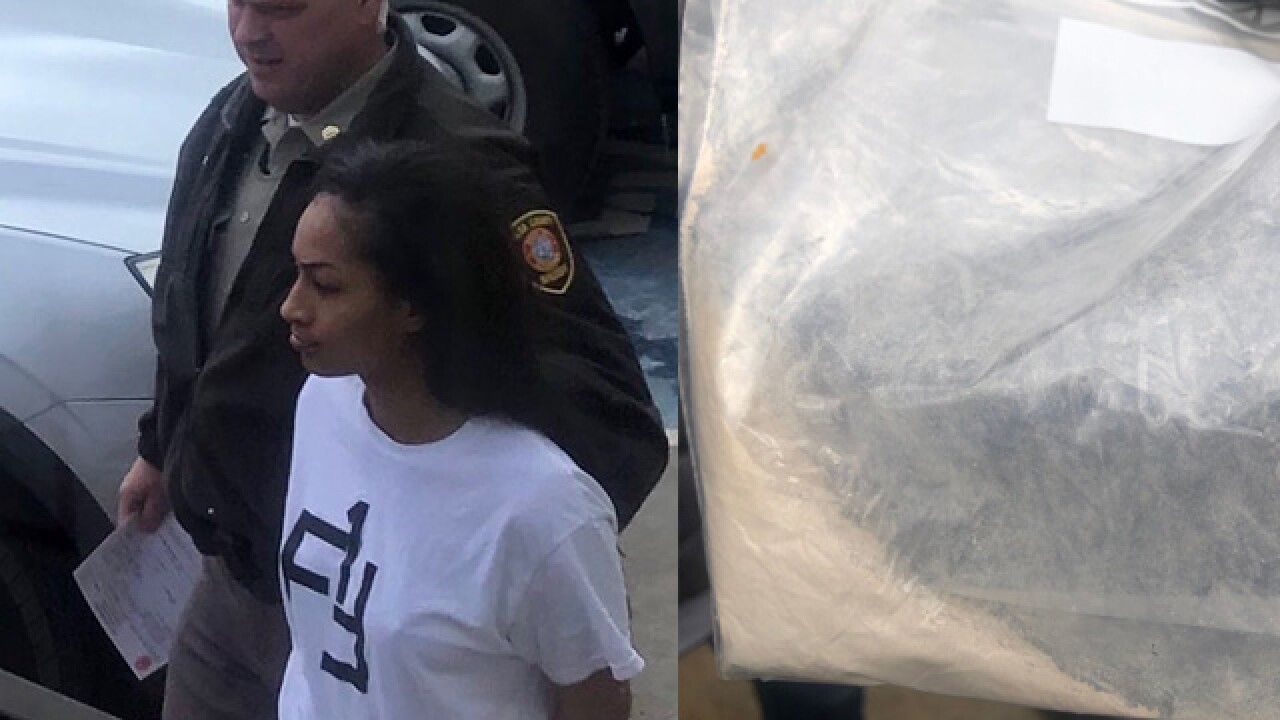 TULSA — A Tulsa woman was arrested Thursday after officials said she received a FedEx package of fentanyl that was sent from Mexico.

Agents with the Oklahoma Bureau of Narcotics and the Tulsa County Sheriff's Office delivered the package to the woman while undercover after it was seized by United States Customs.

An undercover delivery driver made contact with the woman, Nabrai Lyons, in the 4800 block of North Iroquois Avenue.

The package, containing 22.3 grams of fentanyl intended for "Ashlee Jones," was delivered to Lyons, who was going by a fake name, officials said.

Afterward, officers executed a search warrant on the home and found guns, tan and white powder, a grinder and more.

Officials said a child was also present in the home.

The woman was arrested on counts of conspiracy to commit a felony and possession of a firearm during commission of a felony.