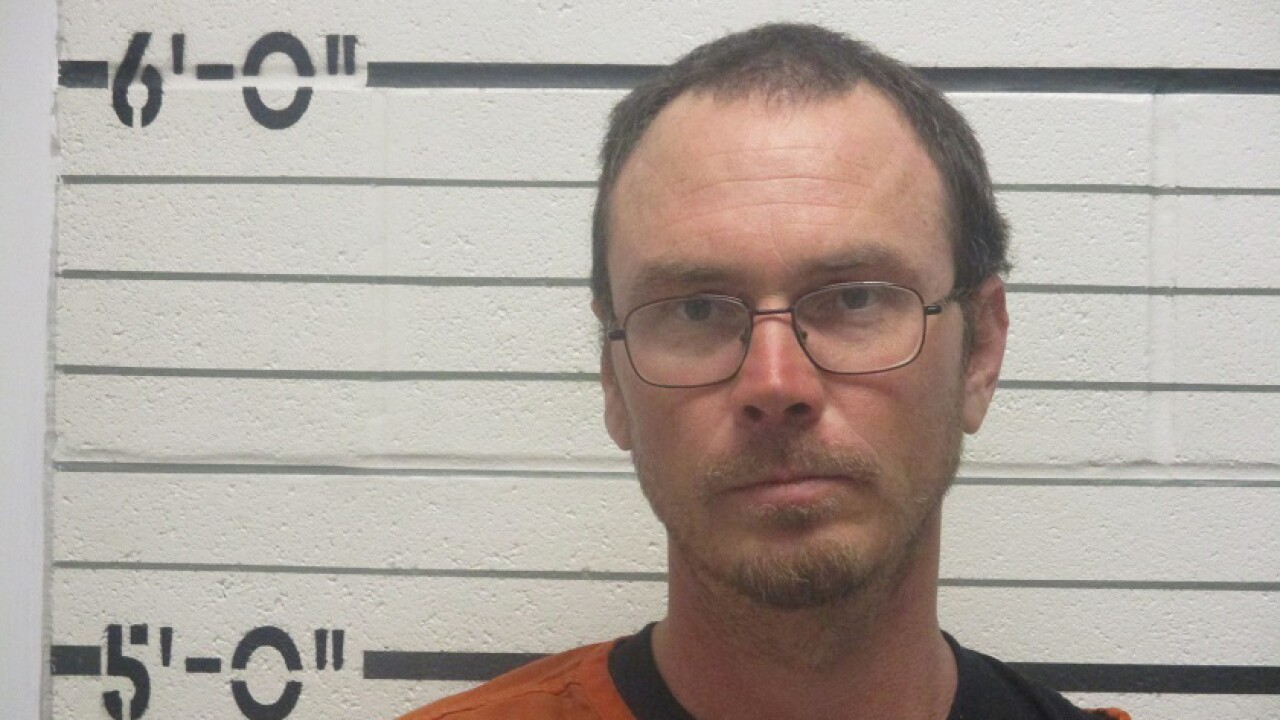 CREEK COUNTY, Okla. — A convicted sex offender from Mannford is back behind bars after being on the run since January.

According to an affidavit filed last month, an underage relative reported Brian Scott Hines sexually assaulted her about a month after he was released from prison for molesting a 6 year old in 2007.

Hines was arrested in the Oklahoma City area Thursday on warrants for child sex abuse, assault and battery with a deadly weapon and a plan to perform an act of violence.

Investigators say Hines assaulted the girl on Jan. 10 and forced her to take a shower afterward. Hines told the girl he would kill her if she didn’t do what he wanted, and said he’d stab and kill [another relative] in a surprise attack, burn the house down and steal [the other relative’s] pickup, the document states.