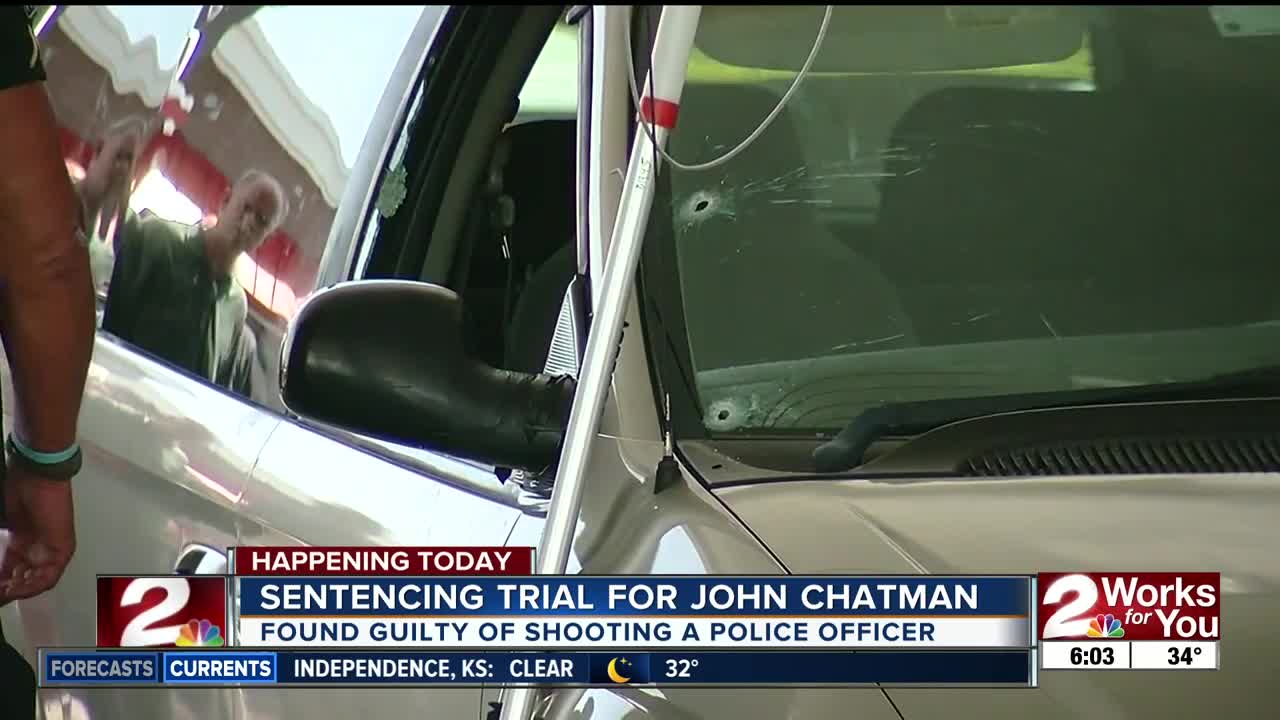 TULSA — According to Tulsa County DA, John Chatman has been sentenced to a total of 105 years.

Police say the judge went with the jury's recommendation.

Chatman was accused of shooting Tulsa Police Sergeant Mike Parsons at a Quiktrip near interstate 44 and Harvard in 2018, police say.

Officers say Chatman was not allowed to possess firearms under federal law.

Chatman was charged with three counts of shooting with intent to kill, police say.

Sergeant Parsons was transported to the hospital and released.

Chatman was found guilty and was originally a sentence in federal court for 40 years.

police say John Chatman was originally sentenced in federal court to 40 years for shooting a Tulsa police Sergeant outside a midtown Quiktrip back in 2018.

Now he's facing even more charges related to the shooting on the state level, police say.

Officers say he could spend an additional 10 years to life in prison.