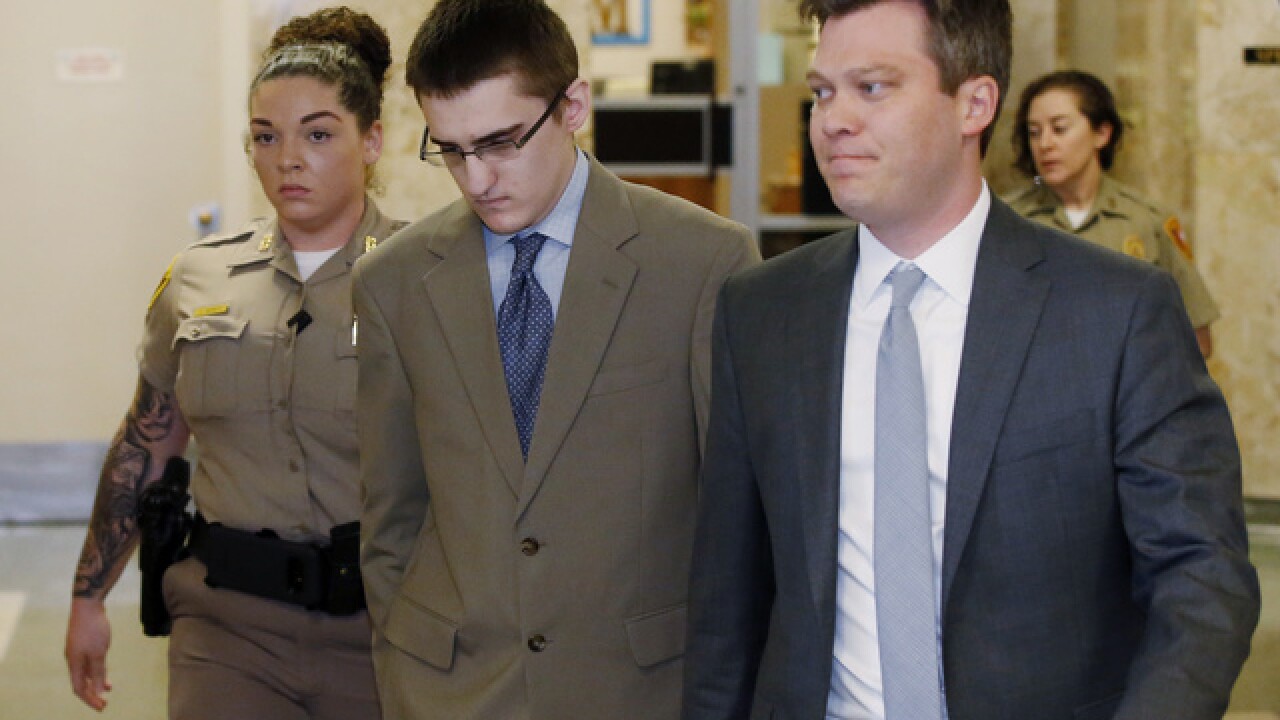 TULSA, Okla. (AP) -- An Oklahoma teenager has been sentenced to life with parole for stabbing his parents and 3 of his siblings to death.

Michael Bever was sentenced Thursday to five consecutive life sentences plus 28 years with the possibility of parole in Tulsa County District Court.

Bever was convicted in May of five counts of first-degree murder for his role in the 2015 stabbings. Jurors recommended a sentence of life with the possibility of parole.

Bever was 16 when prosecutors say he and his older brother, Robert Bever, killed their relatives at their suburban Tulsa home. Two sisters survived the attack.

Robert Bever pleaded guilty in 2016 and was sentenced to life without parole.

Bever will have to serve five life sentences plus 28 years before he is eligible for parole.