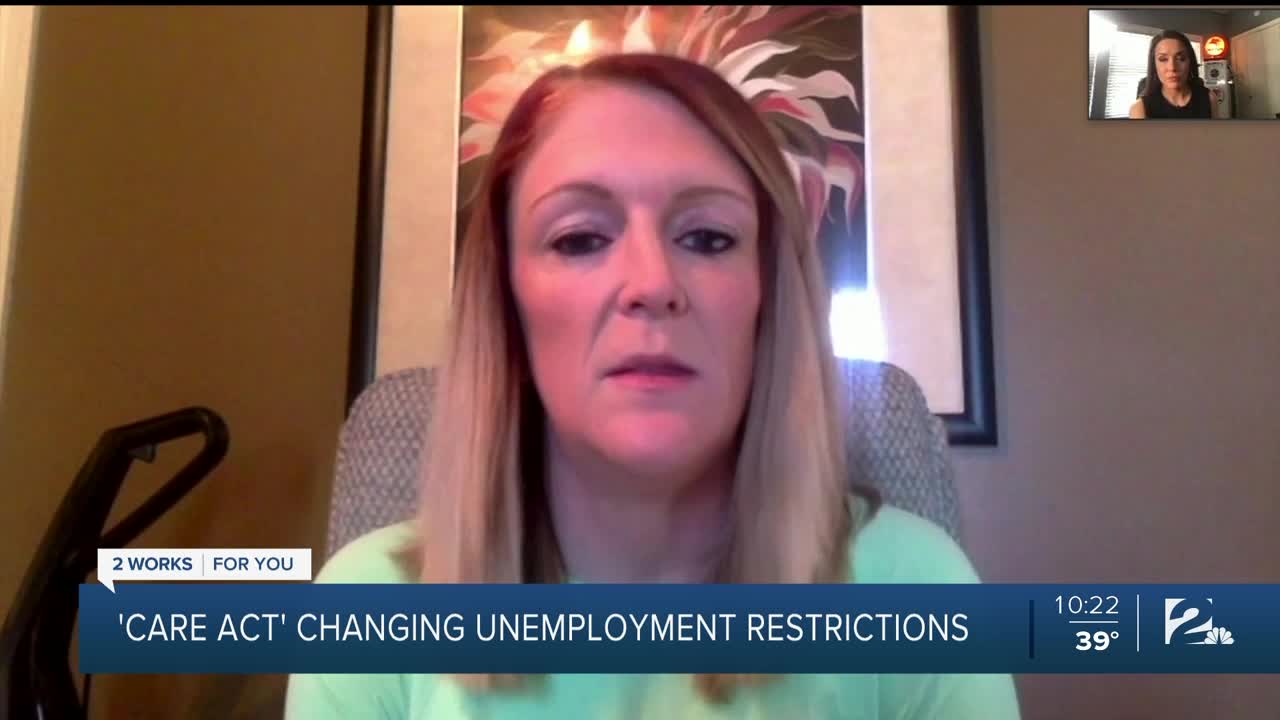 Self-employed Oklahomans, gig-workers and independent contractors are eligible for Pandemic Unemployment Assistance thanks to the CARES Act.

However, people applying for that assistance haven't had much luck getting their applications into the system.

She's been self-employed for close to three years and typically sells her products at big market shows.

"I have a shop that if I don’t make orders or don’t sell orders if I’m not at shows, then I don’t make money. So, the shows are huge for me. So, I do miss those. I missed two of them that were canceled because of COVID-19. So, that’s where this has affected my business," Rainwater said.

Rainwater has been trying to apply for unemployment benefits for weeks now and says it's been very confusing.

"So, it’s just kind of heartbreaking when you keep seeing these denials," Rainwater said. "So, I’m like what is this really gaining me? 9:12 You keep hearing all these stories of like keep doing it. No, don’t do it. The system’s not ready yet. And then you hear keep doing it again. It’s hard when you were kind of in this position where you were like, well, what do I have to lose, but then what is it gaining you?"

Before the health crisis hit, workers like Lauren couldn't qualify for benefits in Oklahoma, but because of the pandemic, federal lawmakers changed that with the CARES Act.

While the move was supposed to be helpful, state agencies have found it tough to get things going quickly.

"With the new legislation that went through, independent contractors of any kind are eligible. They just need to be able to provide their work, their income statements. So, lets say they were a driver for Uber would be a good example. They would need to be able to pull that documentation and share that and that could include any kind of tax statements or payments from any other say um they're contractor they need to pull invoices that were paid by the person that hired them. A lot of times having to go back and find this. So please have that information ready as well when you are looking to file." Robin Roberson, executive director of the Oklahoma Employment Security Commission.

Roberson continued, "People don't understand. Just because the president signed the CARES Act into law doesn't mean that we can administer those benefits the next day. We have to have the actual guidance from the Department of Labor, which we finally have received all of that. So, that was slow, we were slow to receive that and then we have to implement that. So, think about the 30 year old technology that we're working with having to update it to be able to handle a totally new workflow process. So, you know before we were unable to administer to independent contractors. Now we need to. So, that's been our highest priority, getting those pushes in place to production."

Rainwater says she knows this whole situation is unprecedented, but her bills are looming.

"It’s emotional. We are doing okay, but at the same time I wish we were doing better so that we could stay on top of things," Rainwater said. "So, I’m just trying to be patient because I know I’m not the only one and I just want to do it right."

The Oklahoma Employment Security Commission says it can now accept information from self-employed workers and independent contractors, but their benefits won't be processed until sometime next week.