Searching for a crosswalk fix near a TPS school 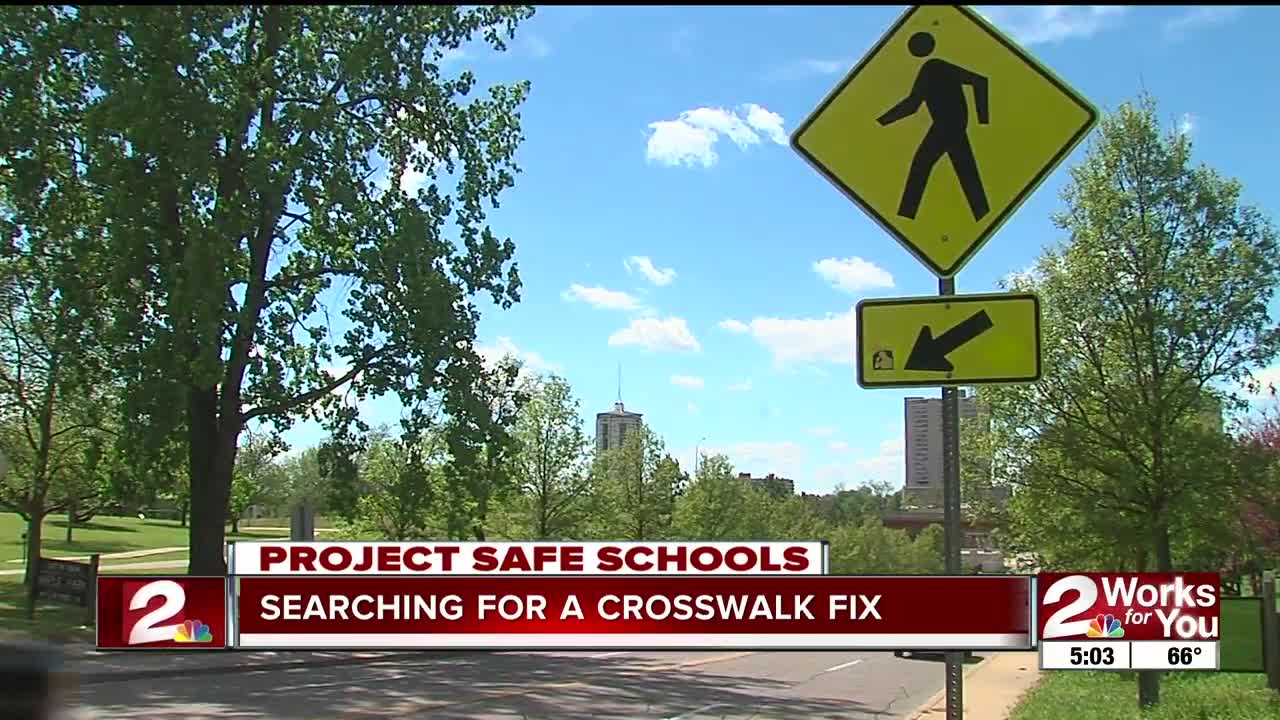 Searching for a crosswalk fix

TULSA, OK (KJRH) — A Tulsa Public Schools fifth grader was struck by a car as he was crossing the street. His dad says if the crosswalk near their home wasn't so dangerous, he wouldn't have been in a position to get hit.

That boy's name is Jaxon Hall. The accident happened while he was riding his bike, and he was carefully crossing the street.

It happened at a corner a few blocks up from 15th and Madison. Jaxon's parents are worried the crosswalk at that intersection is too dangerous, as cars rarely ever stop for pedestrians. That's why his dad Ray Hall says he wants to see a change. so Jaxon can feel safe crossing where he's supposed to.

"I don't know if the city is waiting on a fatality before they finally address it," Hall said, "but I'm hoping with him getting hit that the city realizes they make this pathway safer."

Ray Hall says Jaxon's classmates at nearby Council Oak Elementary have to cross the same street every day.

Jaxon's entire fifth grade class wrote to the city asking for a stoplight at this intersection. Ray Hall also reached out to the city, trying to find out what can be done.

District Four Councilor Kara Joy McKee tells 2 Works for You she's directed City of Tulsa Streets and Stormwater to do an analysis of the crosswalk, and find the best way to fix the problem.

Jaxon is okay after his scare, but he and his family hope no one else gets hurt before the problem is fixed.