Missing teen with autism has been found 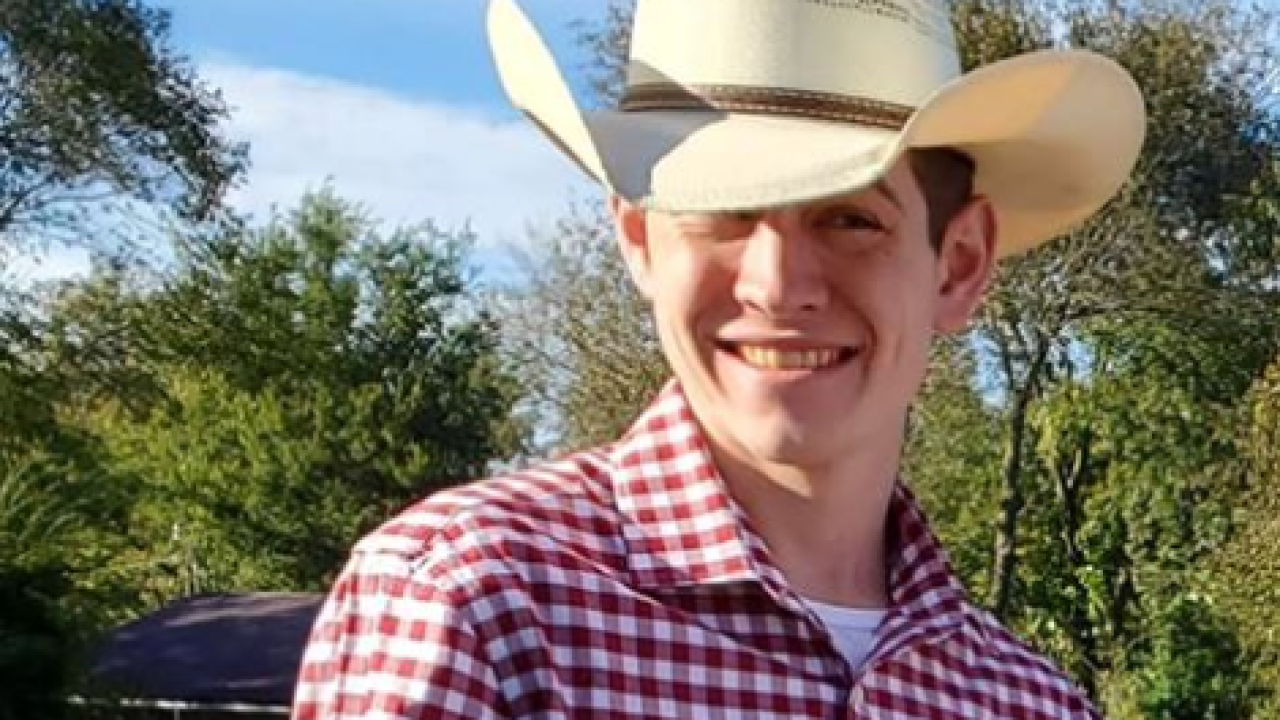 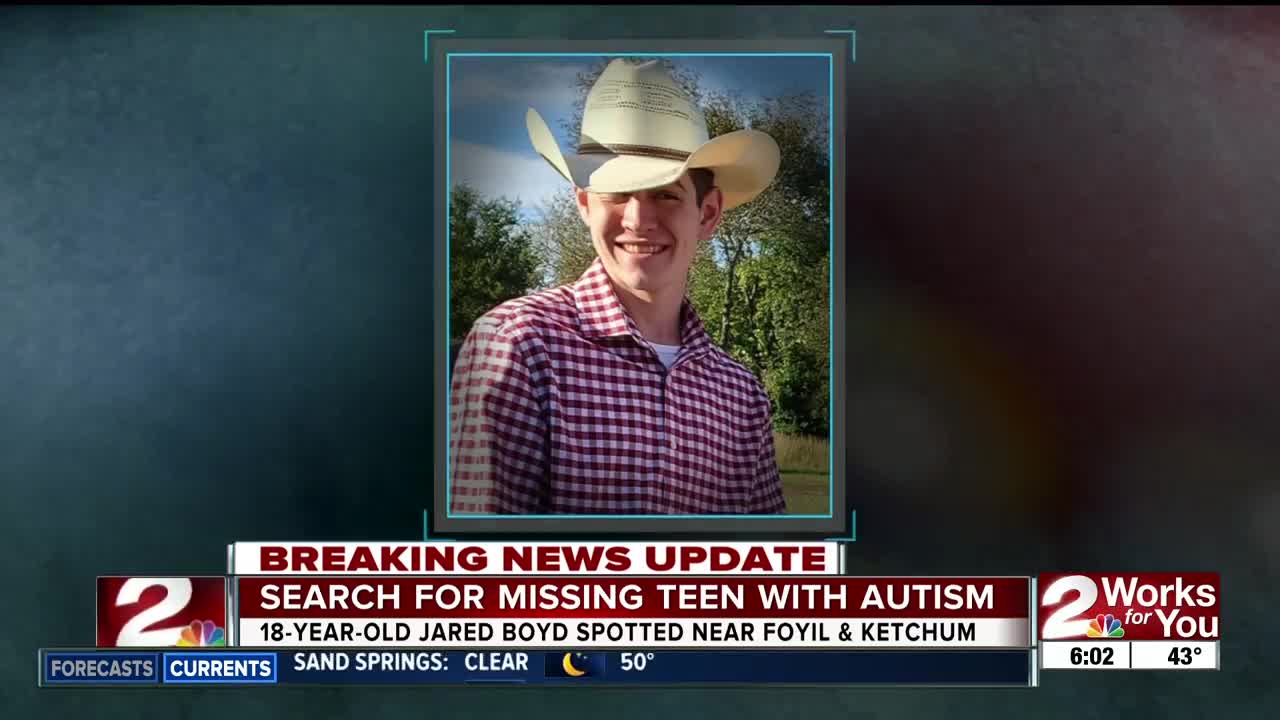 UPDATE: According to the Mayes County Sheriff's Office, Jared Clayton Boyd, an 18-year-old with autism, has been found.

We're following breaking news we first brought you last night, an 18-year-old with autism remains missing this morning after a full day of searching.

The effort now involves crews from three counties and will begin again at sunrise on Wednesday.

Deputies tell us Jared Clayton Boyd went missing from his home in Foyil around 2:30 p.m. Monday.

At one point in the search, someone thought they spotted him in Ketchum, about 30 miles away.

Deputies from Rogers, Mayes and Craig counties have been involved in the search.

It stopped last night around 11:30 p.m. and is expected to continue this morning after the sun comes up, in Craig County.

Boyd is described as being 5'9", weighing around 150 pounds, and has one green and one blue eye.

Boyd was last seen walking along Highway 28-A, three miles east of Foyil.

We're told search and rescue dogs have been brought in to help in the search..