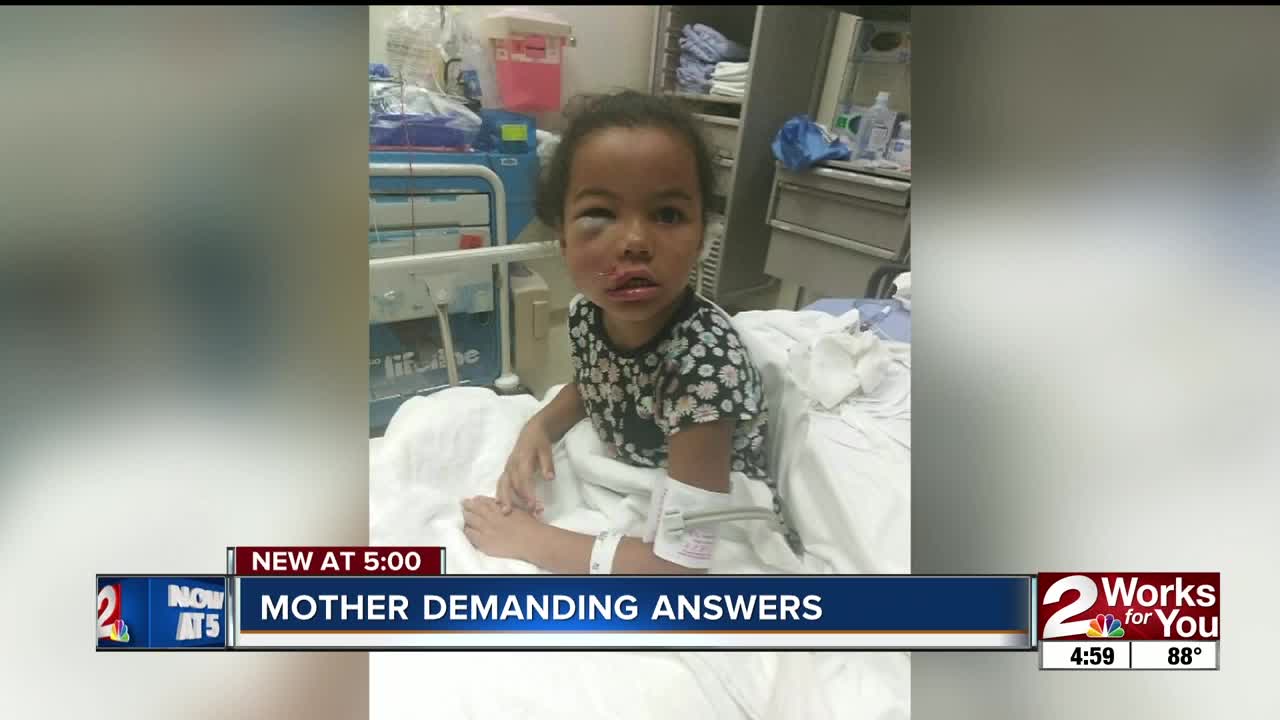 The mother of six-year-old Jaylin is demanding answers from the Department of Human Services about her daughter's injuries she claims she received at a daycare center. The mother teamed up with Save our Youth organization to bring awareness of her child's serious injuries. 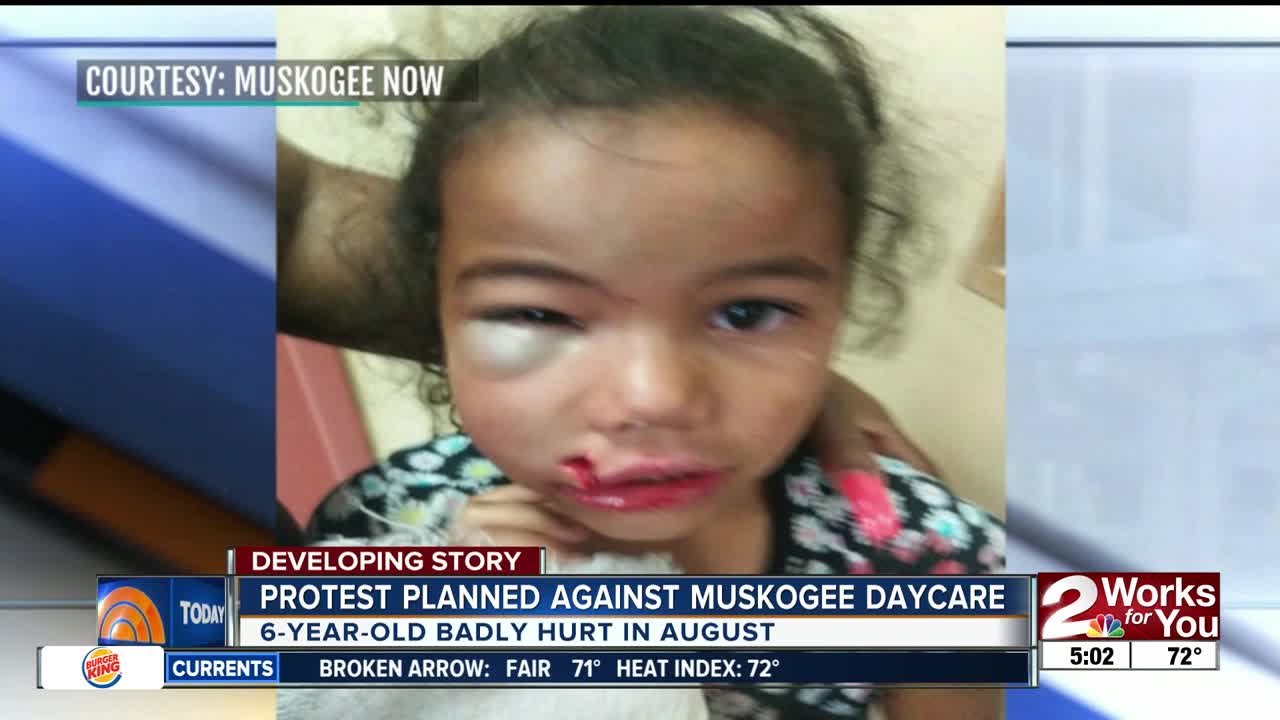 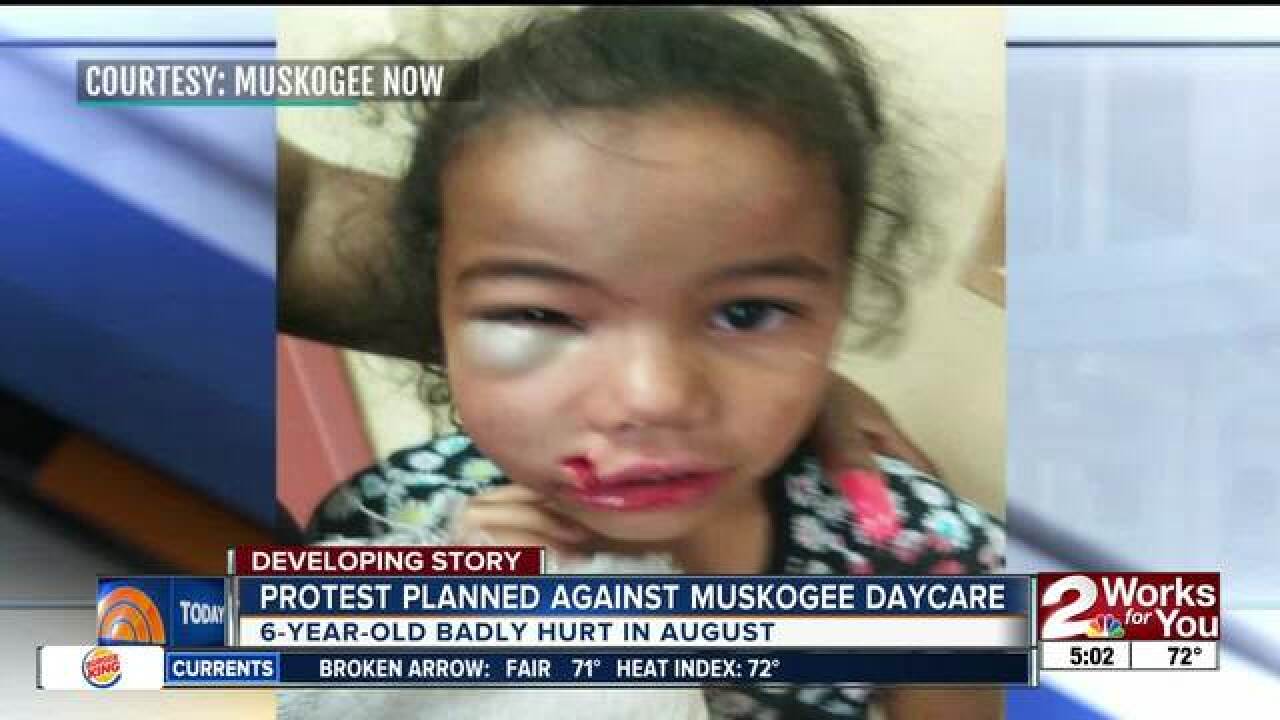 On Tuesday morning, child advocates with the Save Our Youth (SOY) nonprofit protested outside the Department of Human Services (DHS) in Muskogee aiming to raise awareness about an alleged child abuse case.

They want to bring justice to six-year-old Jaylin who was seriously injured on August 9.

According to her mother Julie Robinson, she dropped off Jaylin at Champions Child Care Center, and a few hours later she rushed to the ER where Jaylin was being treated.

The girl suffered injuries to her face and had to get stitches. Robinson says she will have to get plastic surgery.

Jaylin's case is still being investigated by Muskogee Police. Although the DHS's Child Welfare Services found no signs of abuse nor neglect, the department's licensing division did find "lack of supervision".

Two day care employees were suspended after the incident, but they have since returned to work.

The child care center said the incident was unfortunate, but did not wish to comment further due to privacy of the minor. However, it did say it worked with DHS during the investigation.