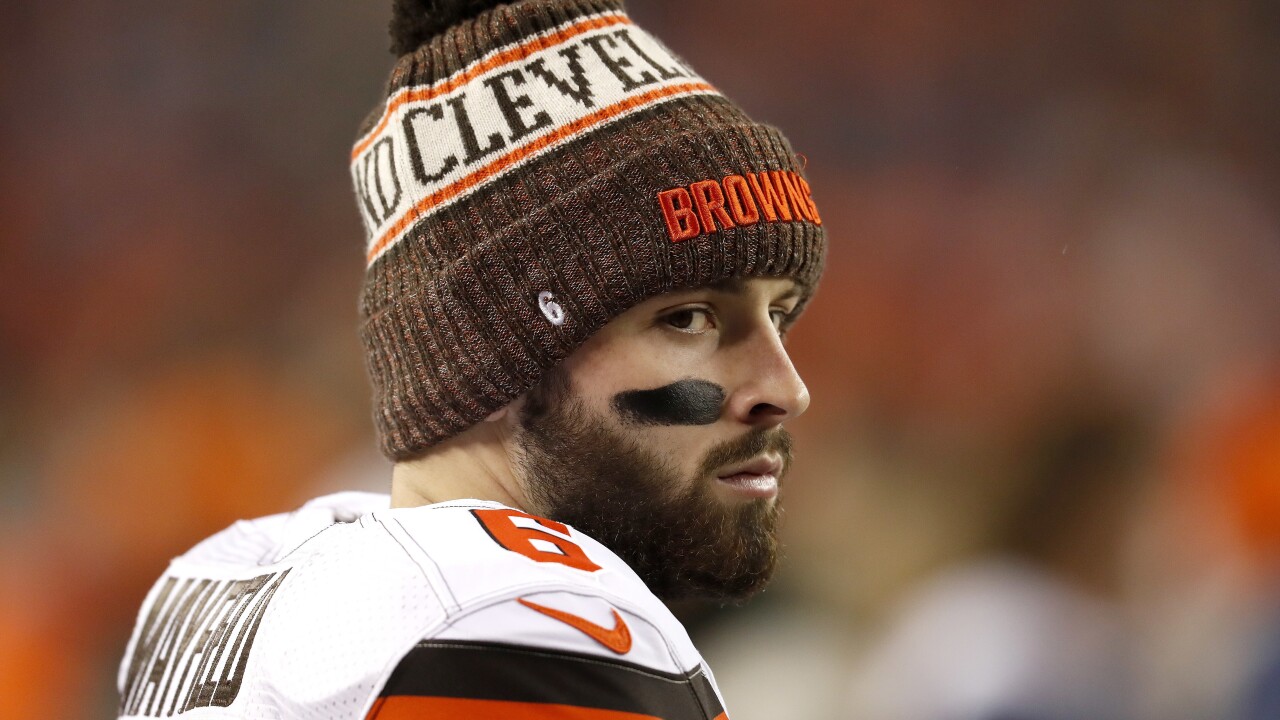 (Copyright 2020 The Associated Press. All rights reserved. This material may not be published, broadcast, rewritten or redistributed.)
David Zalubowski/AP
Cleveland Browns quarterback Baker Mayfield stands on the sidelines during the first half of an NFL football game against the Denver Broncos, Saturday, Dec. 15, 2018, in Denver. (AP Photo/David Zalubowski)

Mayfield was edged out after he had threw 27 touchdowns and had 14 interceptions across 14 games played during his rookie campaign. He helped the Browns reach a 7-8-1 record to close out the year.

The NFL will hand out its official NFL Offensive Rookie of the Year award on Saturday.