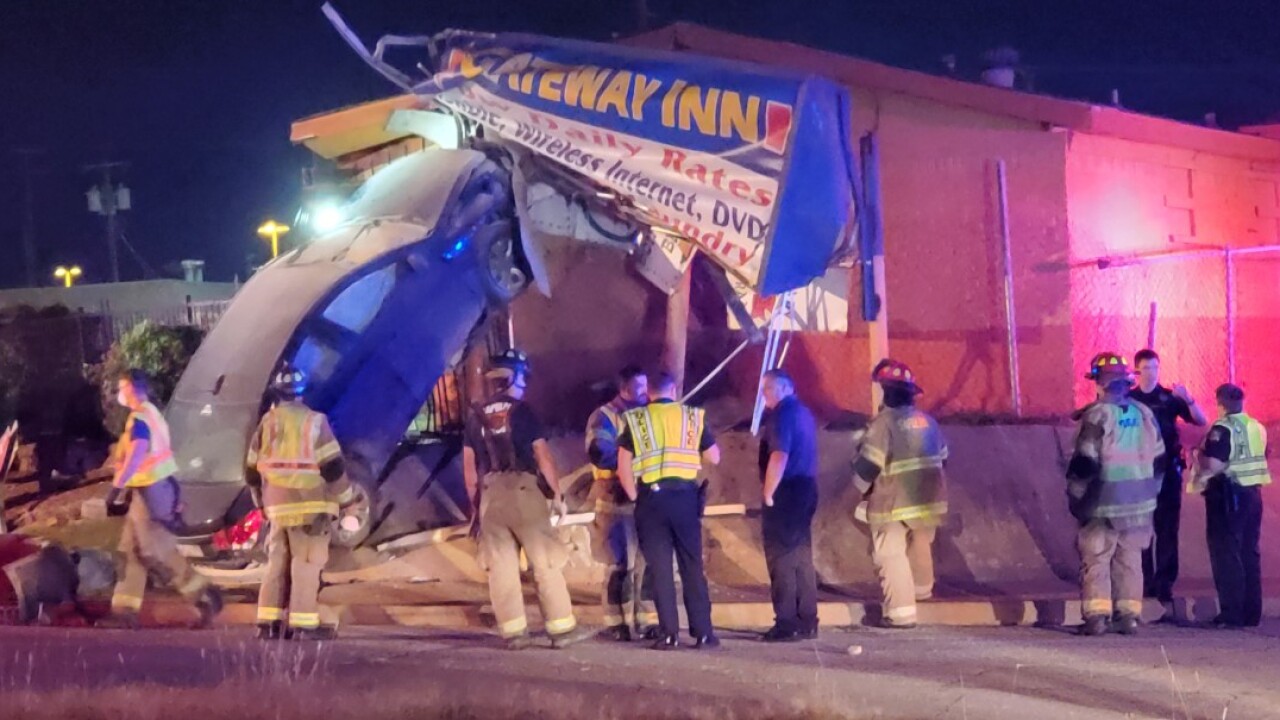 SAPULPA, Okla. — A car crashed into a motel overnight near West Skelly Drive and West 57th Street South, according to Sapulpa Police Department.

Sapulpa police said a car went off the exit ramp and hit the Gateway Inn Motel and its sign. Police said no one was inside the motel at the time of the crash. Three people were inside the car.

Police arrested a man on suspicion of DUI. Sapulpa police said this is not the first time a crash like this happened in this area.