Sandra the orangutan, freed from a zoo after being granted 'personhood,' settles into her new home 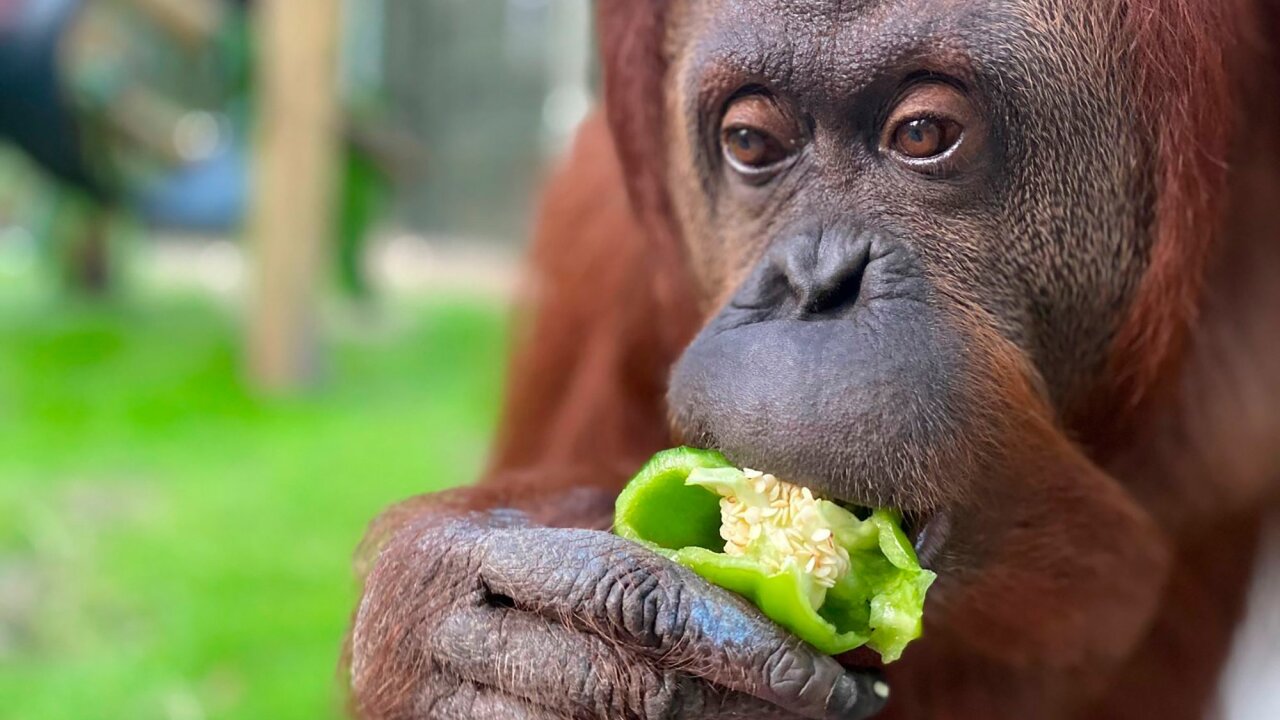 (CNN) -- A 33-year-old orangutan who was granted 'legal personhood' in Argentina has been relocated to a new home in Wauchula, Florida.

Patti Ragan, director of the Center for Great Apes where Sandra the orangutan is now living, told CNN she has been "inquisitive, calm, engaged and interested in her new surroundings" since her arrival on Tuesday.

"She was shy when she first arrived, but once she saw the swings, toys, and grassy areas in her new home, she went out to explore," Ragan said in a press release.

The orangutan captured the world's attention when she was at the center of a 2015 Argentina court case.

After living in captivity for 20 years at the Buenos Aires Zoo, Sandra was declared a "nonhuman being" by Judge Elena Liberatori, an unprecedented ruling that gave the orangutan basic rights including life, freedom, and a premise of "no harm" either physically or psychologically.

But one problem: there were no orangutan sanctuaries in Argentina, so Judge Liberatori asked the Center for Great Apes to take in Sandra as they are the only accredited sanctuary for orangutans in the Americas.

Sandra was sent to the Sedgwick County Zoo in Kansas for a month-long quarantine before arriving at the center in Florida, where she was promised lifetime care.

There are 22 orangutans, including Sandra, and 31 chimpanzees at the center. The apes were rescued from circuses, stage shows, roadside attraction, labs, and the exotic pet trade, the Center for Great Apes said.

"Her fame will help to bring more awareness of how very special and sentient great apes are as well as the terrible threats facing their species in the wild in Borneo and Sumatra," Ragan told CNN. "Habitat destruction caused by logging, mining, and palm oil farming is causing the loss of hundreds of orangutans just as smart and lovely as Sandra."

The Zoo, meanwhile, was closed down in 2016 and is now being converted into an Ecoparque, a facility for Argentine native wildlife that will open in 2023.