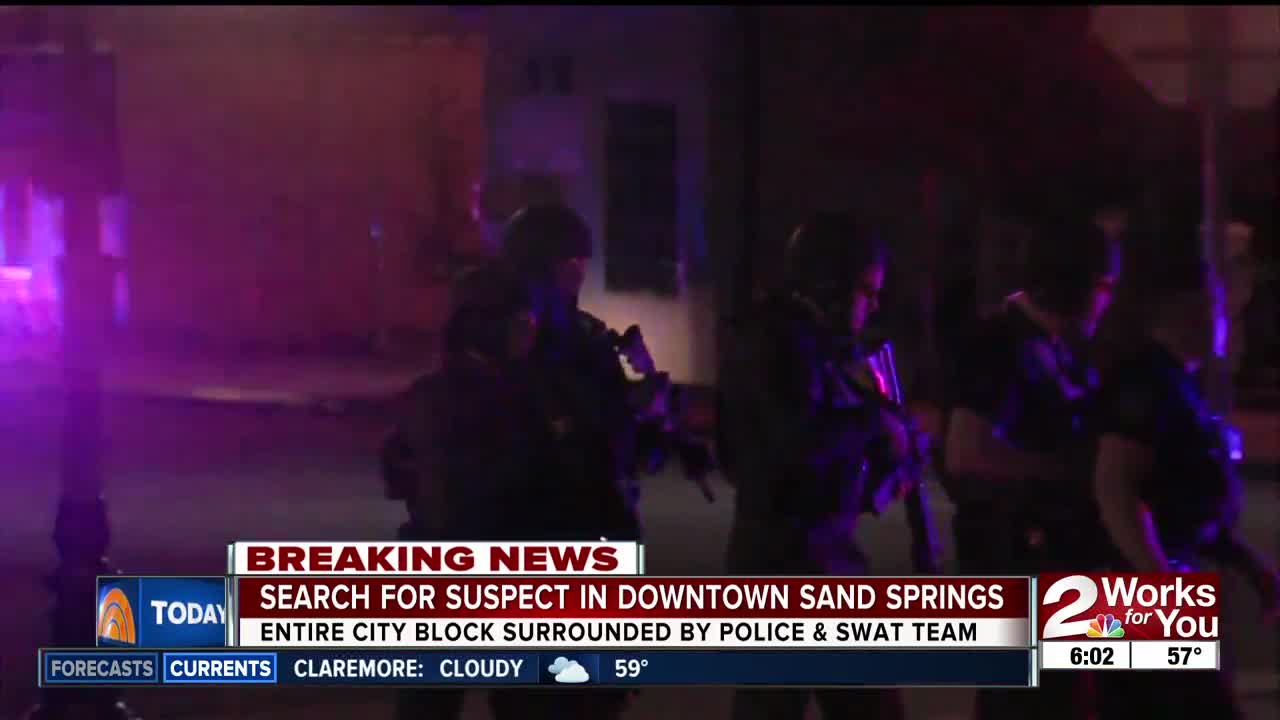 Sand Springs Police dealt with a standoff situation at a local pawn shop, so SWAT was called in to help get burglar out. After a few hours of searching for the suspect, they called off the operation when they couldn't find anyone. They believe he could have escaped through the roof.

SAND SPRINGS — Sand Springs police said they have arrested a suspect that was involved in a standoff with police earlier Monday morning.

The owner of the pawn shop says on March 20th his shop was broken into and burglars stole $25,000 worth of merchandise. He hopes they catch whoever broke in this morning. #SandSprings #standoff @KJRH2HD pic.twitter.com/9DIUOgLBvW

This all started around 2 a.m. when an alarm sounded at a pawn shop.

When officers arrived, they found evidence that a suspect, later identified as Alex Milner, 31, may be hiding somewhere in that building.

They sent K9 officers in, and used pepper balls to get Milner out, but they weren't successful.

The SWAT team was called in, but after searching the building, they found a hole in the attic that Milner may have escaped out of.

Police said Milner broke his ankle, so he was taken to a local hospital, but will be booked.