Rural hospital employees in Oklahoma have not received paychecks 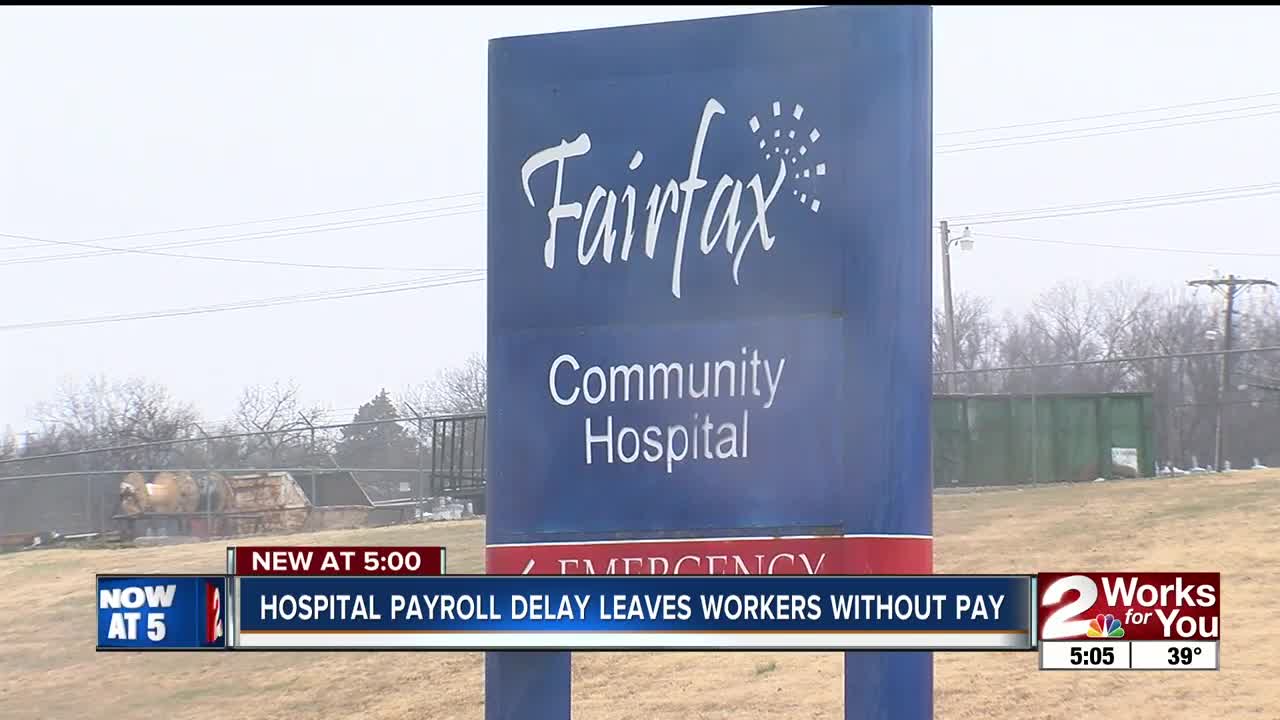 A hospital employer owes about 200 medical staff and nurses paychecks that were due on December 7. Reporter Gitzel Puente looks into the issue.

FAIRFAX, Okla. —
UPDATE: As of Friday morning, we have received confirmation from Fairfax Community Hospital, Prague Municipal Hospital and Haskell County Community Hospital that employees have been paid. We are still waiting for a response from the hospitals' employer, Empower HMS, for comment on the payroll delay.

ORIGINAL STORY: A hospital employer owes about 200 medical staff and nurses paychecks that were due on December 7.

The CEO of Fairfax Community Hospital says employees have never missed a payroll and reassures the paycheck is late.

"They have reassured me they are working on it and that we will get paid," explains CEO Tina Steele about their employer, Empower HMS .

"We are going to continue taking care of our patients," says Steele.

With 12 days before Christmas, the staff hopes the checks will come soon.

2 Works for You reached out to Empower, but we haven't received a response.