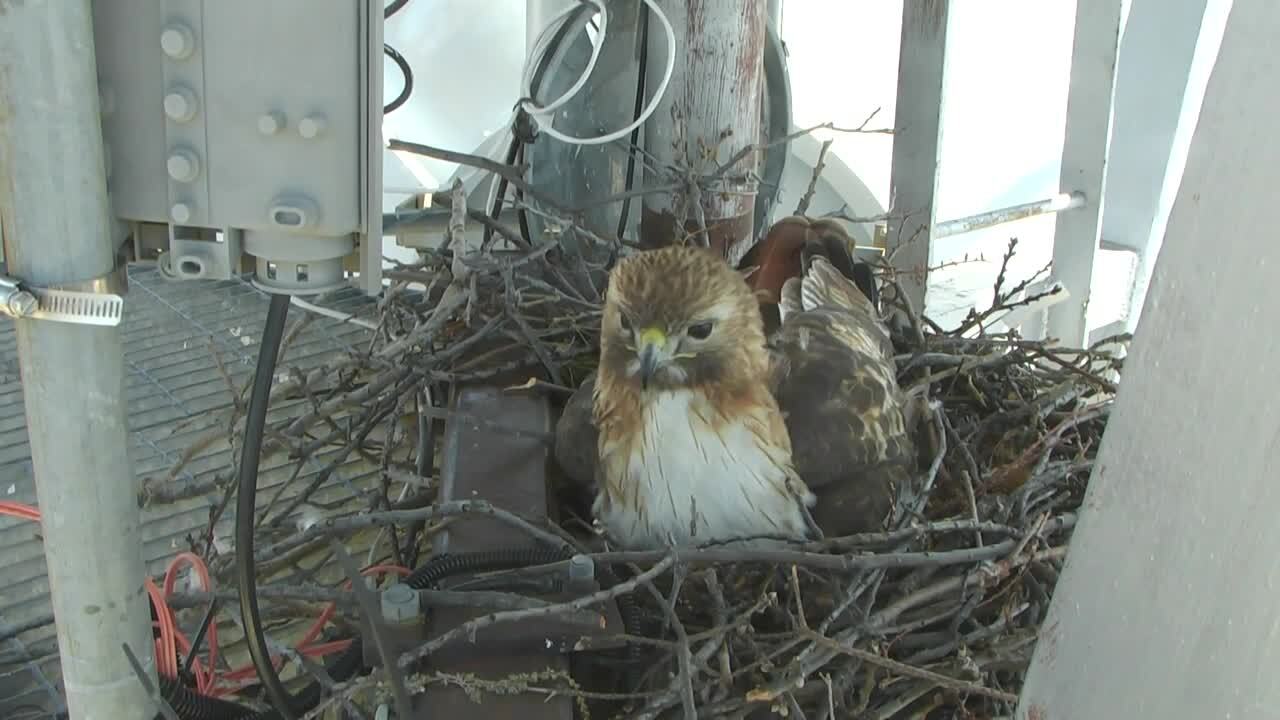 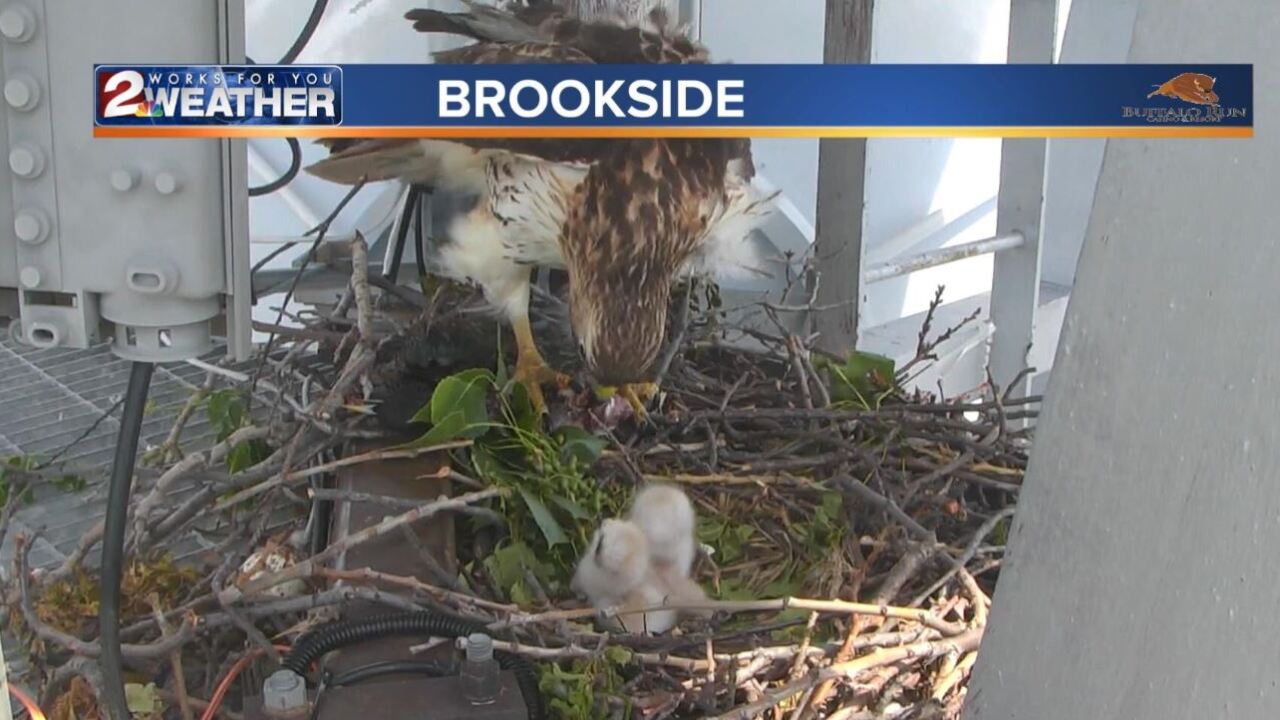 TULSA — Ruby the red-tailed hawk has returned once again to the KJRH Tower as she's made a nest for the third consecutive year.

Down to one bird in the nest. This one looks like it will be taking off soon, too!

Ruby and her two red-tailed hawk chicks survived the storms and flooding. The two wings on the two chicks are gaining color.

Both of Ruby's eggs have both hatched! Ruby's babies were hatched over the weekend.

As of now, Ruby has laid an additional egg, marking the second egg she has laid early this spring.