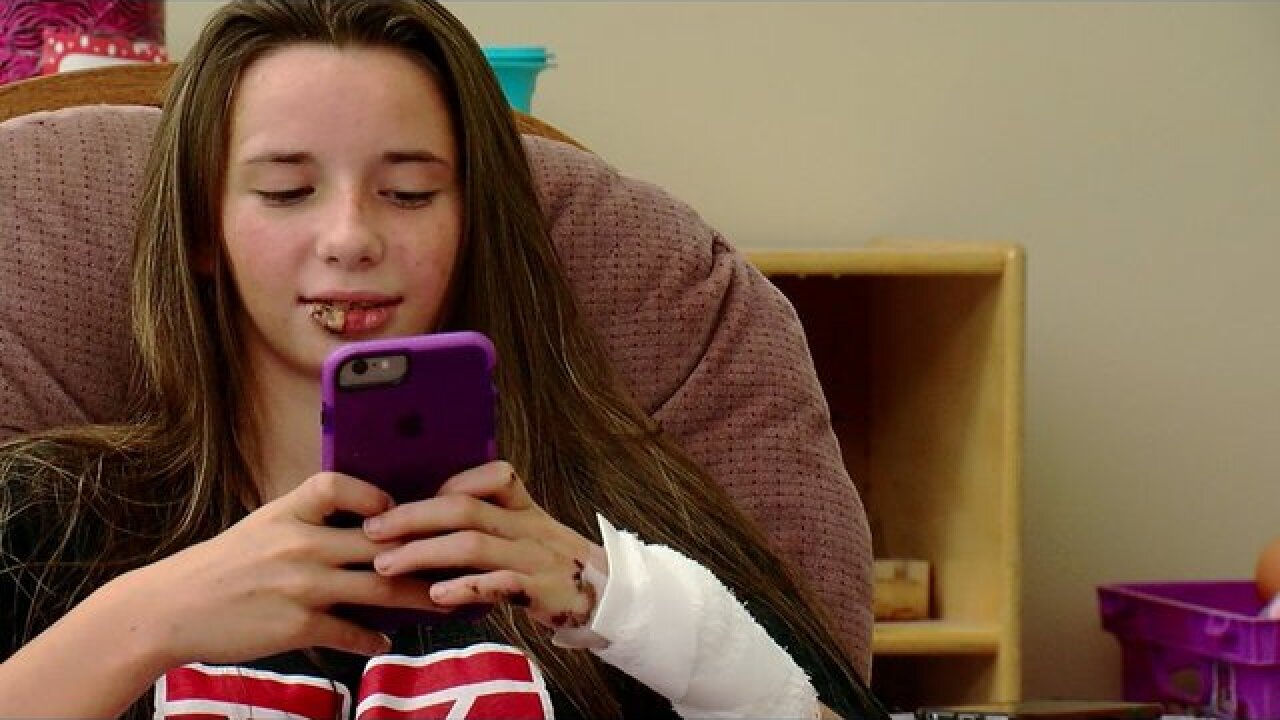 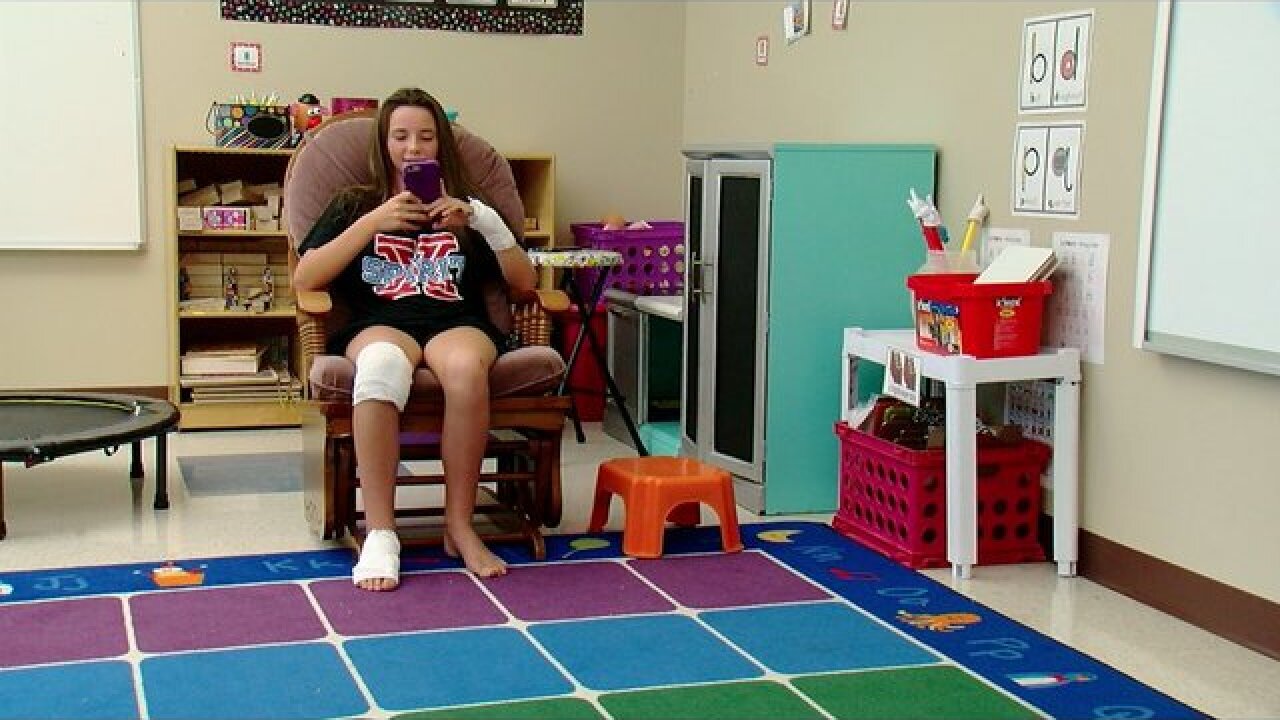 VERDIGRIS, Okla. -- A young cheerleader is home from the hospital after surviving a terrible golf cart crash.

Jordyn Cagle, 14, spent six days in the hospital recovering from massive injuries that she suffered during the wreck on July 23 near Lake Tenkiller.

While she was in the hospital, Jordyn was visited several times by her close friend, Breanna Rawding. The 12 year old was also hurt in the golf cart crash. Rawding's mother said that her doctors now believe she may have broken her shoulder and clavicle, so she is still recovering from her injuries.

Heather said both girls are tough because they want to get back to cheering as soon as they can with their competitive cheerleading team at Spirit Xplosion in Catoosa.

Support surrounded her and her family following the crash. Donations came in through an online fundraiser and other means to help with the mounting medical bills. Heather called the support they received overwhelming.

"We are just so thankful for our community and our friends and our family," she said.

School starts in two weeks in Verdigris, where Jordyn will be a freshman. She, however, plans to stay home and complete online classes for a few weeks so that she can recuperate.