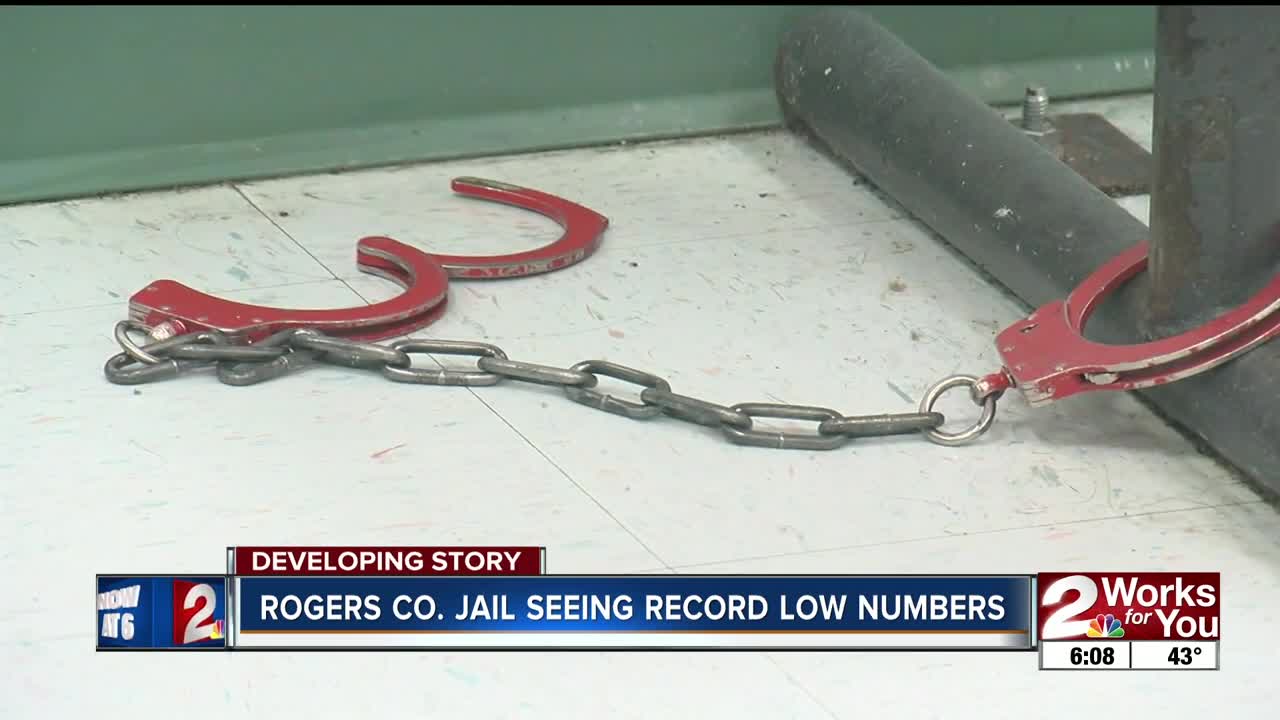 The Rogers County Detention Center comfortably fits about 250 inmates, but in 2018 they saw numbers rise to nearly 350.

"Assaults, people just not getting along, you don’t have the space that you need to live in," said Sheriff Scott Walton, with Rogers County Sheriff's Office.

In 2016 Rogers County implemented the pretrial release program to combat overcrowding. If a person meets certain guidelines, and is charged with a simple misdemeanor, Sheriff Walton says they could be released with a signature with no bond.

"We can stay focused on career criminals and the worst offenders in Rogers County. We’re not worried about a person who will make a bad decision every now and then, wind up in jail for a lengthy time on a misdemeanor," said Sheriff Walton.

Officials say they've seen the benefits with lower food and medical costs, less violence, and now the jail is far under capacity with 180 inmates.

"The District Attorney’s Office that works with the judicial part of the courthouse, the defense lawyers, everybody in this deal that’s a user in that building and that system has played a part in bringing those numbers down," said Sheriff Walton.

At one point all of the extra mattresses and boats that are used for inmates to sleep on were taken, but now they have about 50 to spare.

"They’re lined up on the floor, in some cases in some of these pods where there isn’t a lot of floor room, it could get pretty cramped," said Detention Officer Taylor in Rogers County.

Sheriff Walton says it's the combination of the Sheriff's and police departments, District Attorney's Office, lawyers, and judges, that's responsible for the success.

"It’s refreshing to see that we all can work together to make something happen in a good way," said Sheriff Walton.