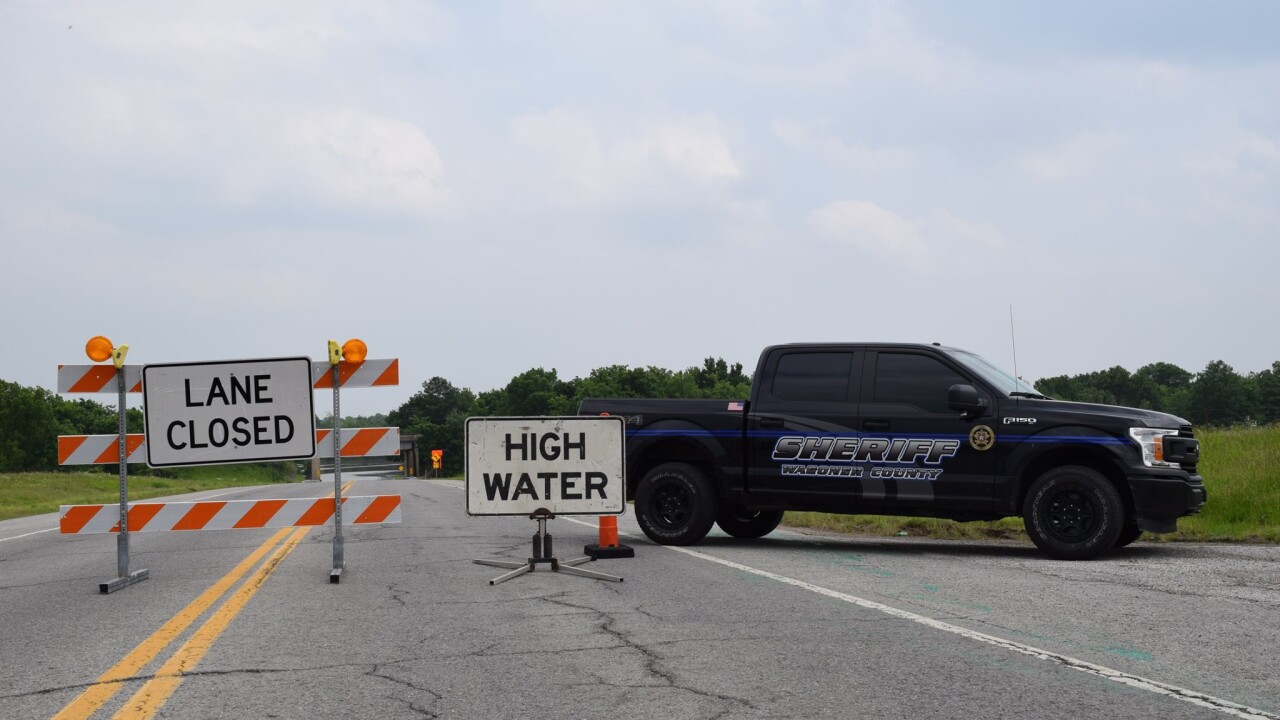 The southbound light lane of U.S. Highway 69 has been closed from State Highway 51B to the Arkansas River Bridge in Wagoner County due to flooding.