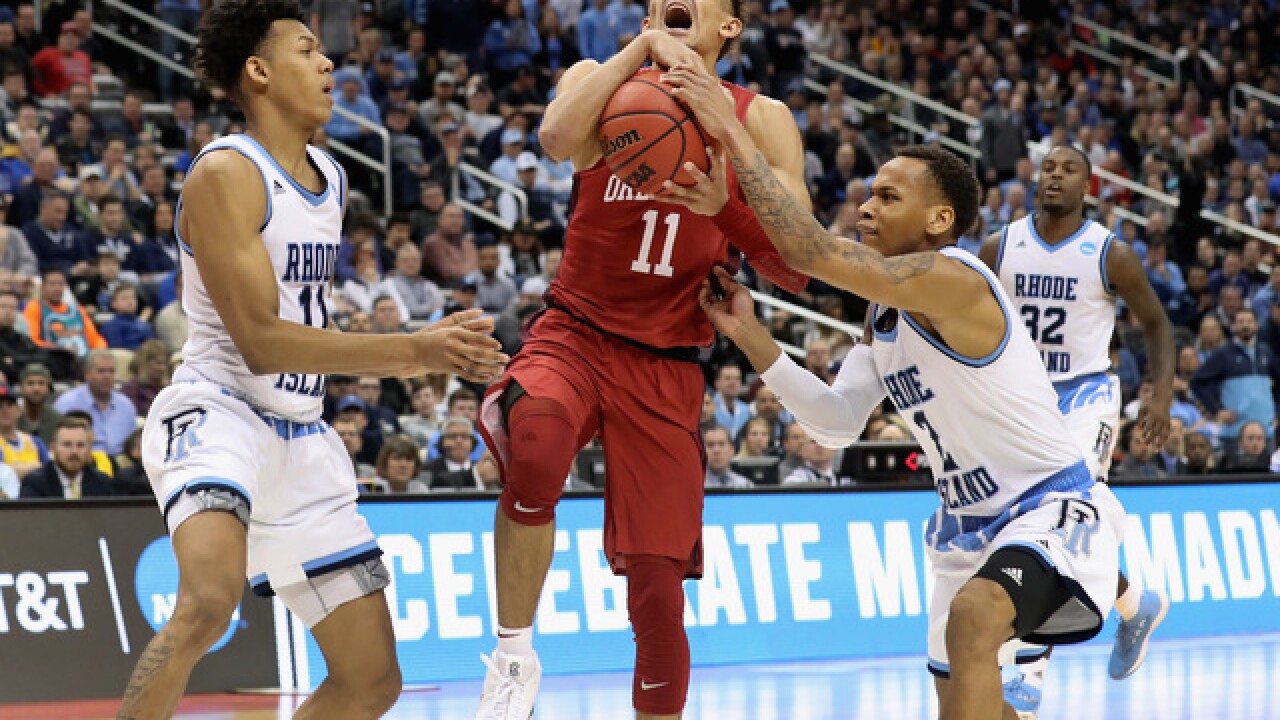 Copyright 2018 Scripps Media, Inc. All rights reserved. This material may not be published, broadcast, rewritten, or redistributed.
Rob Carr
<p>PITTSBURGH, PA - MARCH 15: Trae Young #11 of the Oklahoma Sooners reacts between Jeff Dowtin #11 and Fatts Russell #2 of the Rhode Island Rams in the second half of the game during the first round of the 2018 NCAA Men's Basketball Tournament at PPG PAINTS Arena on March 15, 2018 in Pittsburgh, Pennsylvania. (Photo by Rob Carr/Getty Images)</p>

Rhode Island is into the round of 32 for the second straight season.

The seventh-seeded Rams held off Oklahoma star Trae Young and the 10th-seeded Sooners 83-78 in overtime.

E.C. Matthews led the Rams (26-7) with 16 points, including a 3-pointer with 31 seconds left in the extra period that gave Rhode Island the cushion it needed to move on. Freshman guard Fatts Russell scored 13 of his 15 points in the second half for the Rams.

Young, the nation's leading scorer, led the Sooners (18-14) with 28 points and seven assists but also finished with six turnovers. The freshman took and missed a pair of deep 3-pointers with the Sooners holding the lead early in overtime. The balanced Rams responded behind Matthews.

Rhode Island will play the winner of Duke and Iona on Saturday.