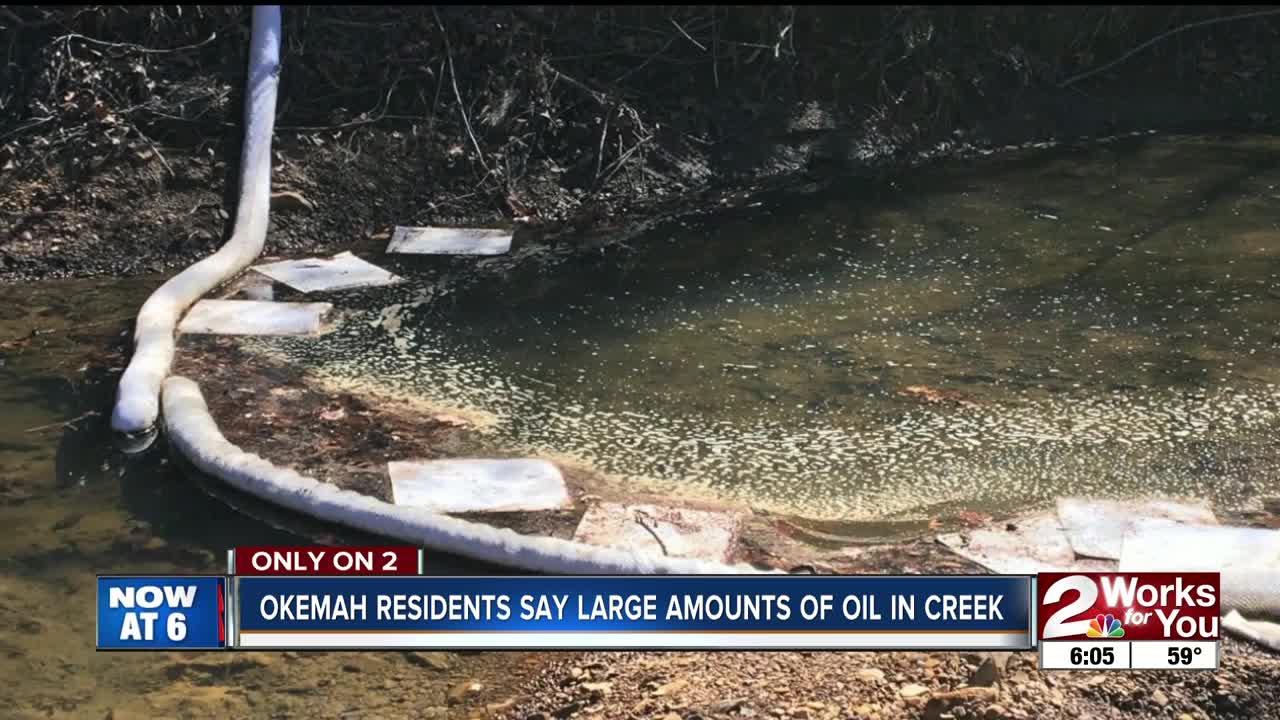 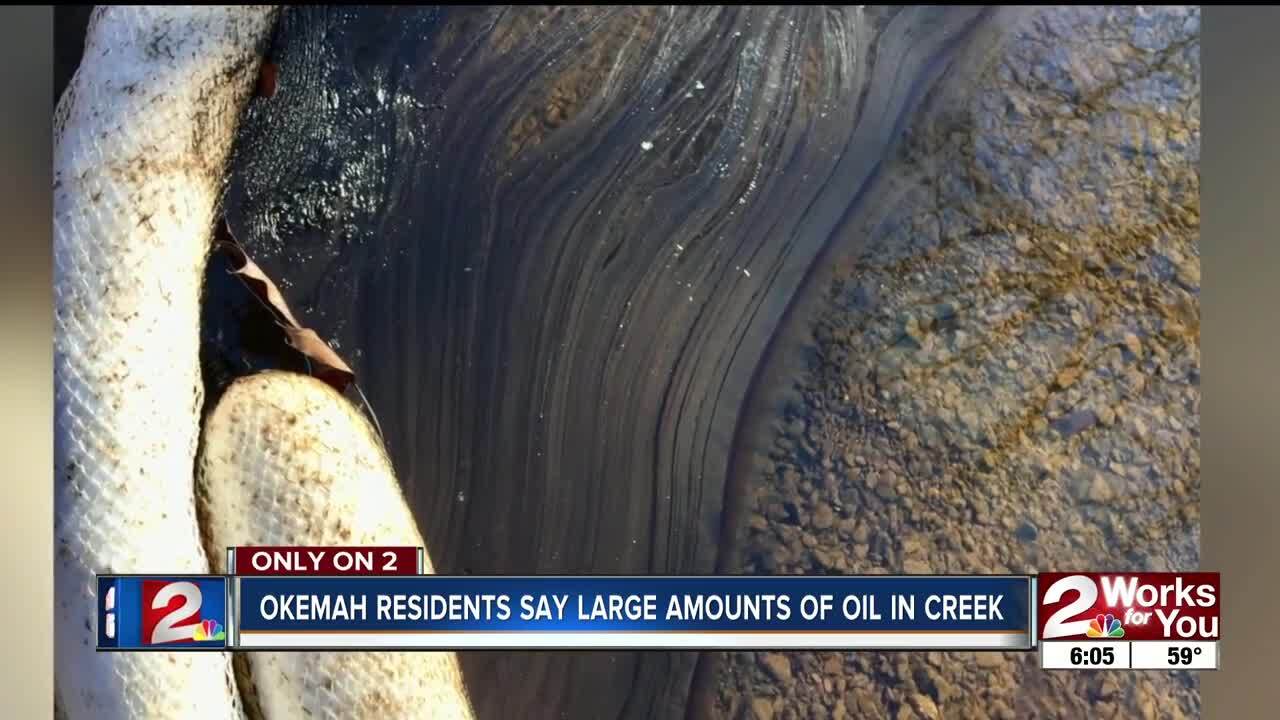 OKEMAH, Okla. — More oil has been spotted on Okemah Lake.

Now neighbors say they are concerned about their water supply. Despite best efforts by the company responsible for the cleanup, the problem appears to be getting worse.

Okemah Lake provides a lot of entertainment for everyone in Okfuskee County. It’s a place to swim, boat and fish.

But more than that -- it's where the county gets its drinking water. That's why, when this issue came bubbling up in December, residents were alarmed.

“It is a major spill,” Oklahoma Corporation Commission spokesperson Matt Skinner said. “It's impossible to estimate an amount."

But people who live near the lake say any amount of crude oil is too much.

"My husband, children and I live on Okemah Lake so the lake is actually in our front yard," Maxey Reilly said.

“I went myself yesterday and walked up the creek and looked down where the leak originated,” Reilly said. “I mean, there's oil. You can pick it up by the handfuls."

The commission says it's because the old pipeline recently was pulled out and now the oil inside and underneath it is surfacing, but is part of the original leak not a new one.

"It contained a fair amount of oil and over time that pipeline rotted," Skinner said.

Residents in Okemah say, whatever the reason, they want it fixed.

The Corporation Commission and the environmental company that's doing the cleanup here say it could be months if not years.