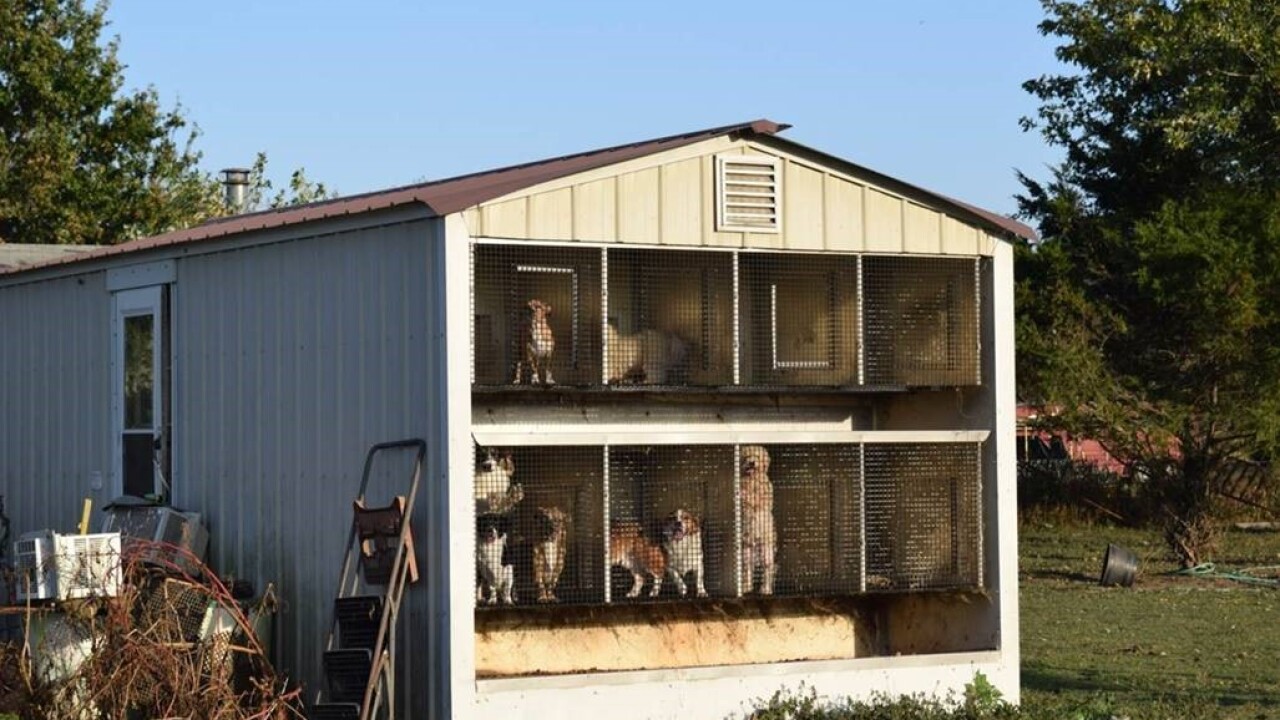 WAGONER COUNTY, Okla. — A Wagoner County man is being charged with several counts of animal cruelty after investigators removed more than 40 animals from his property.

On Wednesday, Oct. 4, Wagoner County deputies were dispatched to a residence in Porter, Okla. in reference to animal cruelty.

Deputies said they found three horses, a cow, a bull, and a heifer bound to objects throughout the property.

During the investigation, deputies also found a small building in the back of the residence that contained 36 dogs.

The dogs did not have access to food or water, many appeared malnourished, and multiple cages were infested with maggots.

Deputies were unable to find rescues for the animals at the time. We are told a few Porter citizens offered to temporarily house the animals.

The owner of the animals, Kerry Yochum, was taken into custody and charged with 42 counts of animal cruelty.

“I was appalled at the conditions that these animals were living in," Wagoner County Sheriff Chris Elliott said. "I am grateful that we have such wonderful citizens in Porter that met with deputies and agreed to care for these abused animals until they could be placed in a safe home.”

Photos of the animals are graphic. Please use caution when viewing.