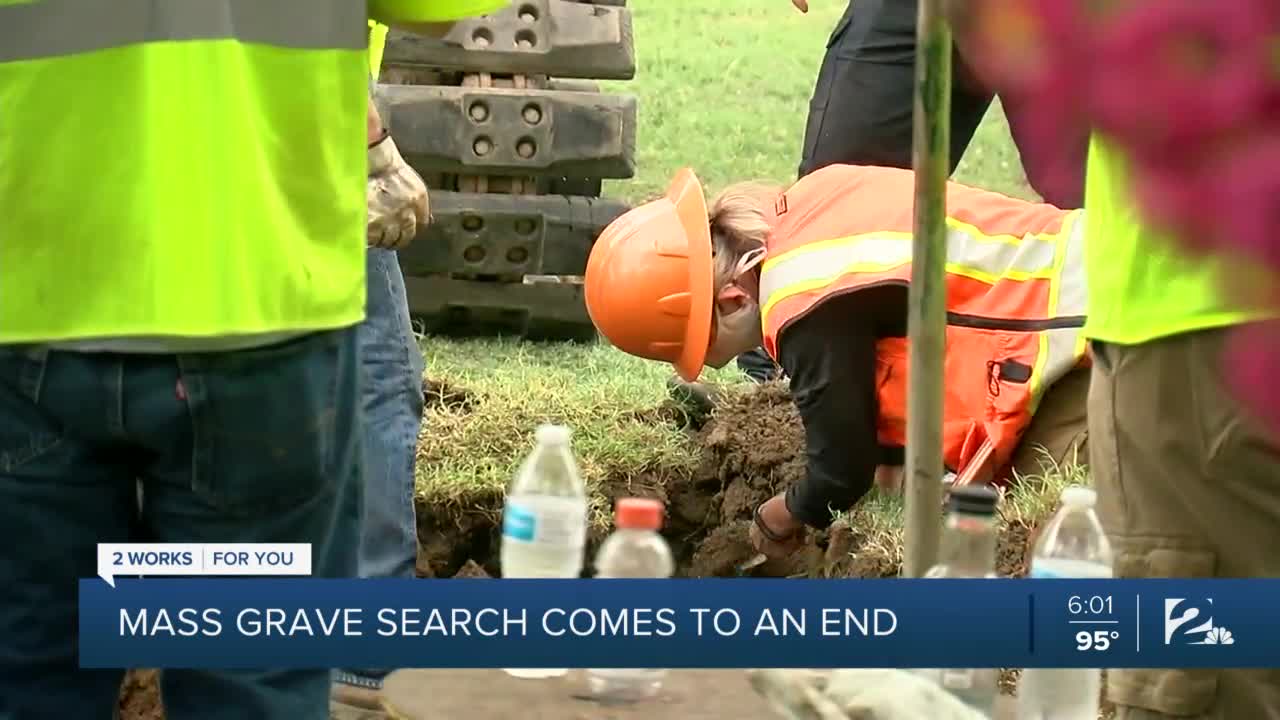 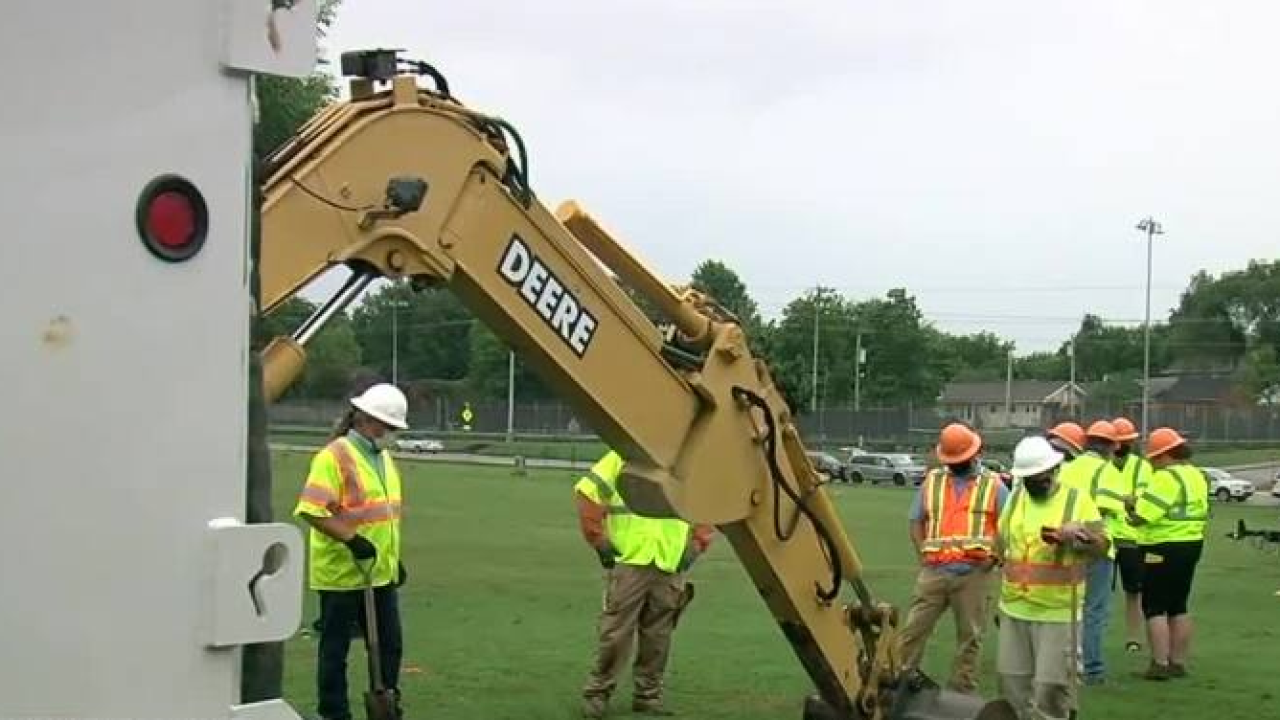 Officials said searchers found no evidence of human remains present in the excavation area. They found mostly fill debris and artifacts, some dating back to the 1920s, in the area.

Some of the notable findings include:

The Gilcrease Museum is going to conserve a few of the perishable items, including the shoes. The museum will curate the items until a final plan is created for them.

I want to thank the research team for their expertise and work the past eight days as they exhausted all options to reach their conclusive assessment for this particular anomaly found in Oaklawn Cemetery. This initial test excavation was the first of many efforts to find Tulsa Race Massacre victims and this is just the beginning of our work to bring healing and justice to the families. We remain committed to find out what happened to our fellow Tulsans in 1921.

During a press conference on July 22, researchers said the current location at the Oaklawn Cemetery is not the location they were looking for. They said they have exhausted their efforts at this current location and are now anticipating their next steps to move forward.

At this point, we believe we have fully investigated this anomaly, and unfortunately we have not discovered the evidence of Race Massacre victims we were hoping to find. But we have learned a great deal about the cemetery itself, and this is information we can carry forward as we investigate future sites.

Kary Stackelbeck | State Archeologist with the State of Oklahoma

There are still multiple sites of interest that could hold suspected mass graves from the 1921 Race Massacre.

The team also found anomalies at the potter's field area of Oaklawn Cemetery, where, officials said, "where oral history from Clyde Eddy pointed to the potential of mass graves of Race Massacre victims."

Although no anomalies were found in Newblock Park, they were discovered just east of Newblock Park in the area called, 'The Canes.'

Two anomalies were found in the northwestern corner of The Canes area and is now a candidate for future test excavations.

I entered this process with hope – hope of continuing the work of generations before us to uncover the truth of the Tulsa Race Massacre. I still have that hope: I know that we are just at the beginning of a long-term investigation for truth, and that we have a powerful team assembled that will continue that work.

Researchers remain optimistic. In the coming days, they will compile data and complete a final report of their findings.