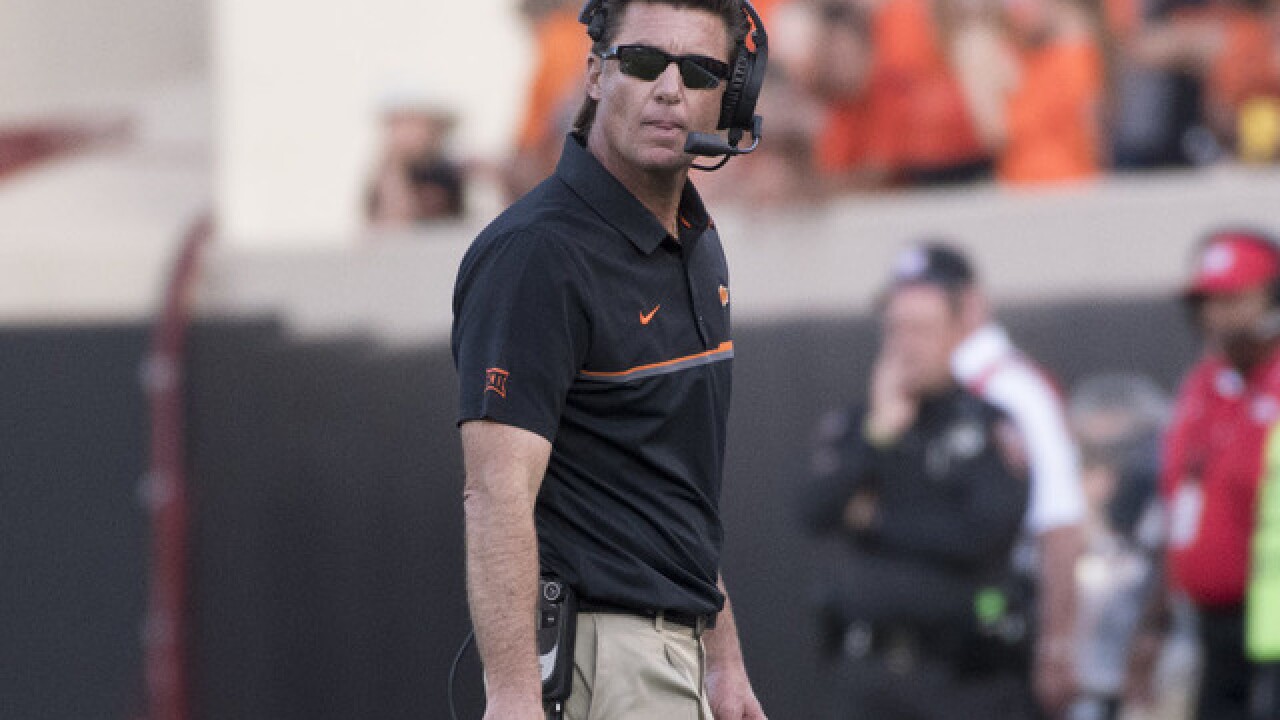 STILLWATER, Okla. -- It looks like Oklahoma State University football coach Mike Gundy is staying with the team, after he sent out a tweet saying "Cowboy For Life!" on Tuesday night.

Earlier in the day , reports indicated that he had phone conversations with Tennessee officials about the team's head coaching job

The report said that a meeting between Gundy and Tennessee officials is planned for Tuesday.

Tennessee had planned to hire Ohio State defensive coordinator Greg Schiano as head coach, but an angry response from fans caused the school to nix the deal.

Gundy has been the Cowboys coach for the last 13 seasons. The team is 9-3 this season.