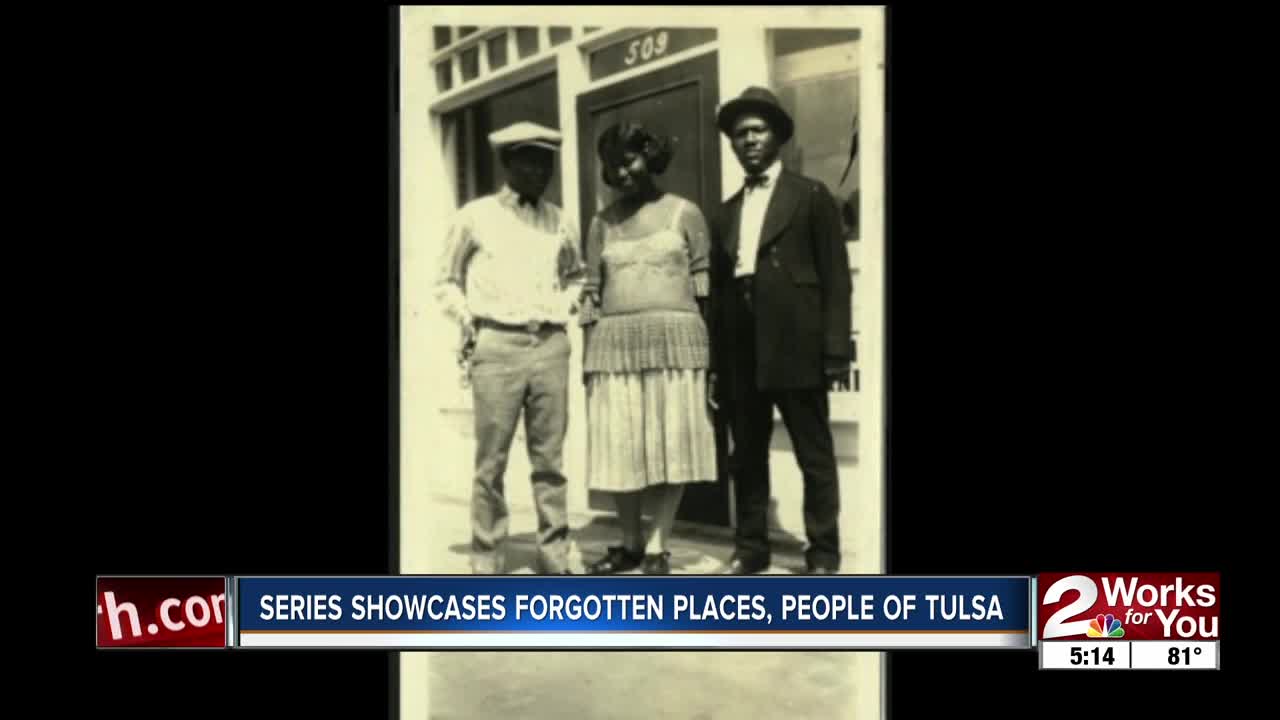 Each year, the Oklahoma Center for Humanities creates a series of public programming that is centered around a theme. This year, it was remembering things about Tulsa. Most of the photos are from the University of Tulsa's library. They include some of the oldest Tulsa schoolhouses and some of the city's most complicated history.

TULSA — Every year, the Oklahoma Center for Humanities creates a series of public programming that is centered around a theme.

Sean Latham, director of University of Tulsa's Oklahoma Center for the Humanities, says this year it was remembering things about Tulsa.

“Think about the parts of Tulsa's past that we want to forget," Latham said. "Things like lynch mobs, the race massacre, confederate encampments, and other sort of elements about Tulsa's history that we also need to think about before we can move forward into the future."

Most of the photos are from the University of Tulsa's library, and the pictures feature some of the oldest Tulsa schoolhouses.

The exhibit also includes the 1928 roster of the KKK with names of principals, U.S. Marshals, and city officials.

“There are also some pretty amazing shots, I think, of some of the oldest Tulsa schoolhouses. We have a picture of the very first Tulsa building, and the first public school. That also kind of includes the kind of first class of students that attended it.”

Latham and other organizers thought it was important to showcase the complicated history of the city.

“We think it’s important even as we have these nostalgic looks at Tulsa to also remember that this city has a very complicated history that is often soaked in violent dispute.”