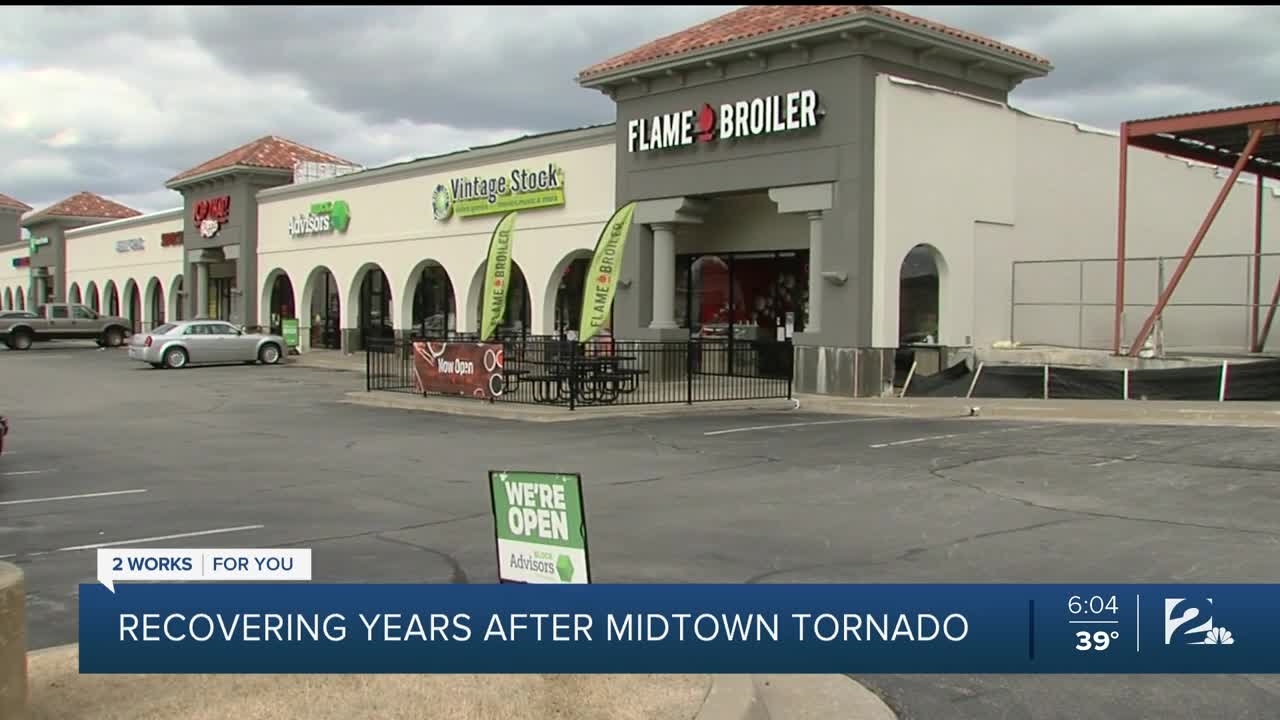 It's been nearly two and a half years since a tornado ripped through midtown, destroying businesses and homes.

On 41st street between Yale and Sheridan, The Flame Broiler was severely damaged.

The roof was ripped off and everything inside was thrown around by the storm.

Now, the restaurant is working to let people know that the area has since been rebuilt and businesses are back.

"I feel like a lot of people just don't know we're here," said Ezra Wright with The Flame Broiler. "A lot of people think it was destroyed and isn't back to it's potential yet."

Several other businesses including Whataburger, Panera Bread and AT&T were rebuilt after the storm.