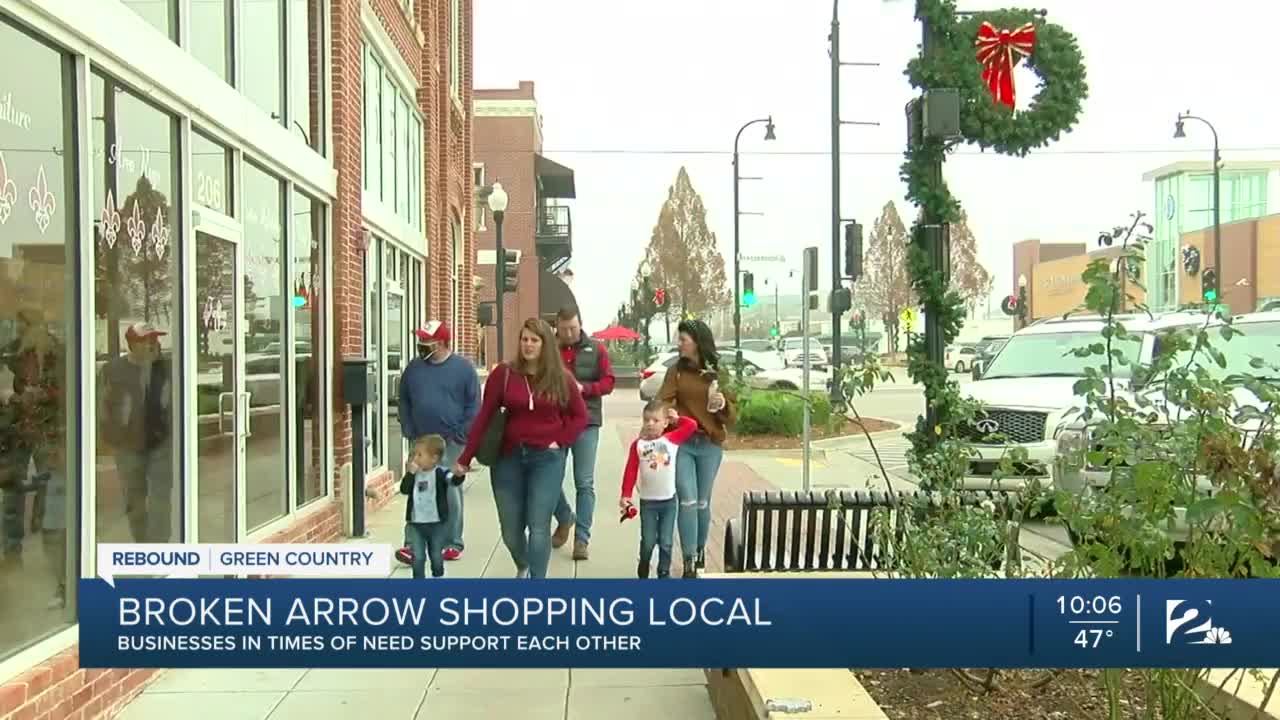 Cities across Green Country are encouraging their citizens to shop local, as a chance to help businesses in their community that have been impacted by the pandemic.

The Rose District in Broken Arrow is just one place where locals are busy shopping for the holidays.

Many stores are part of the Buy BA campaign to get residents to shop local.

Bixby store owner, Kelly Corey, tells us she's seen a lot of community support after closing her store for two months in the spring.

Corey, the owner of Twisted Soul Sisters, says “definitely a great time for retail therapy for a lot of ladies to come out. So we really put smiles on people’s faces which was really awesome.”

In BA and Bixby, shoppers can get tickets with purchases from local stores, both cities have a raffle with a grand prize of ten thousand dollars.