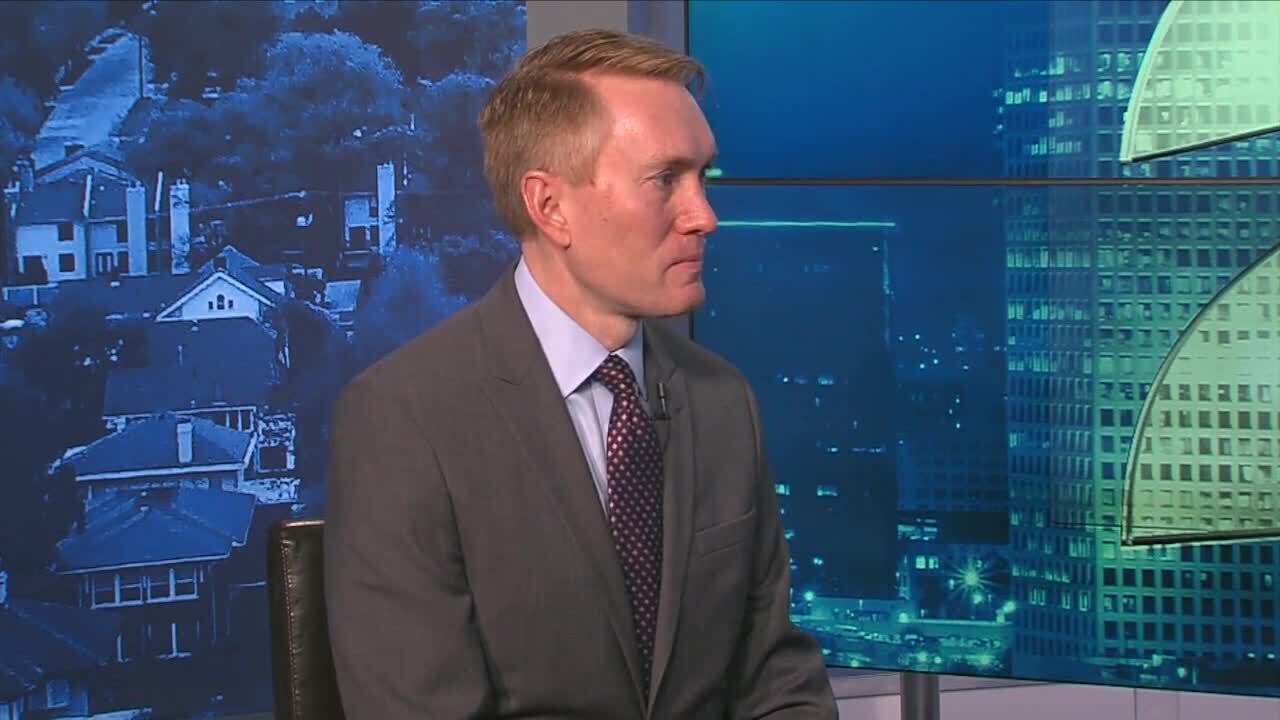 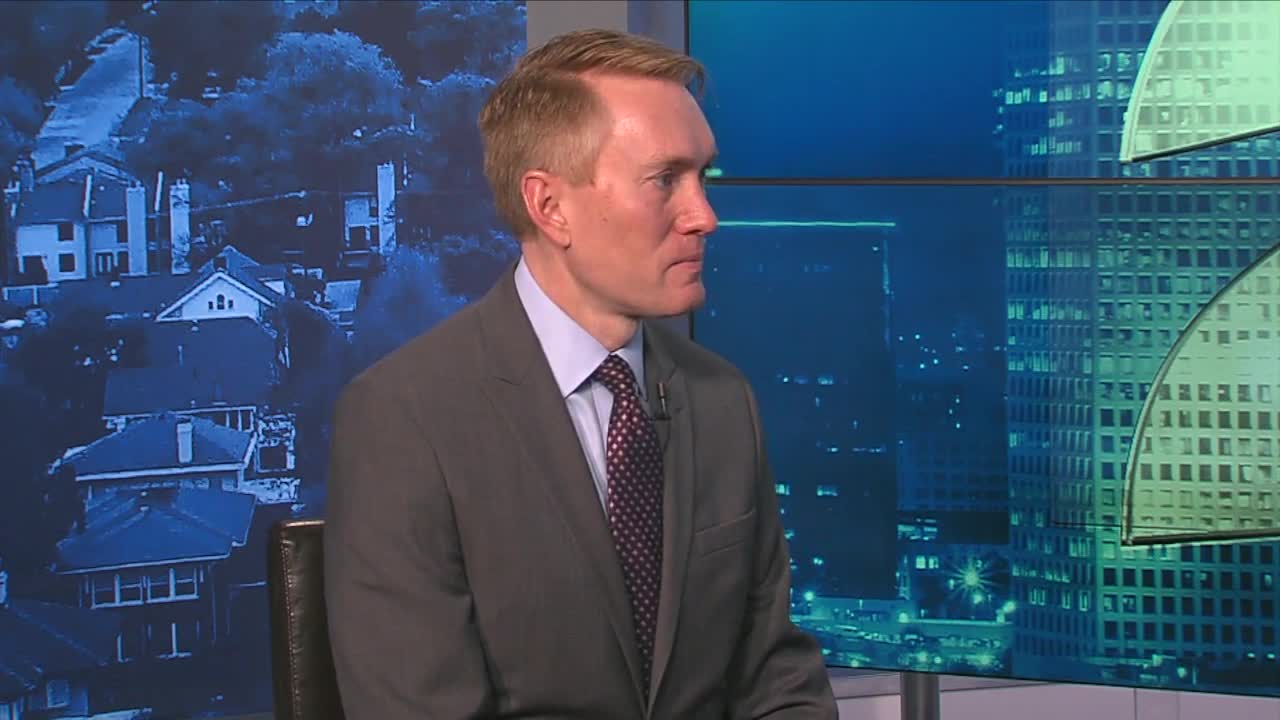 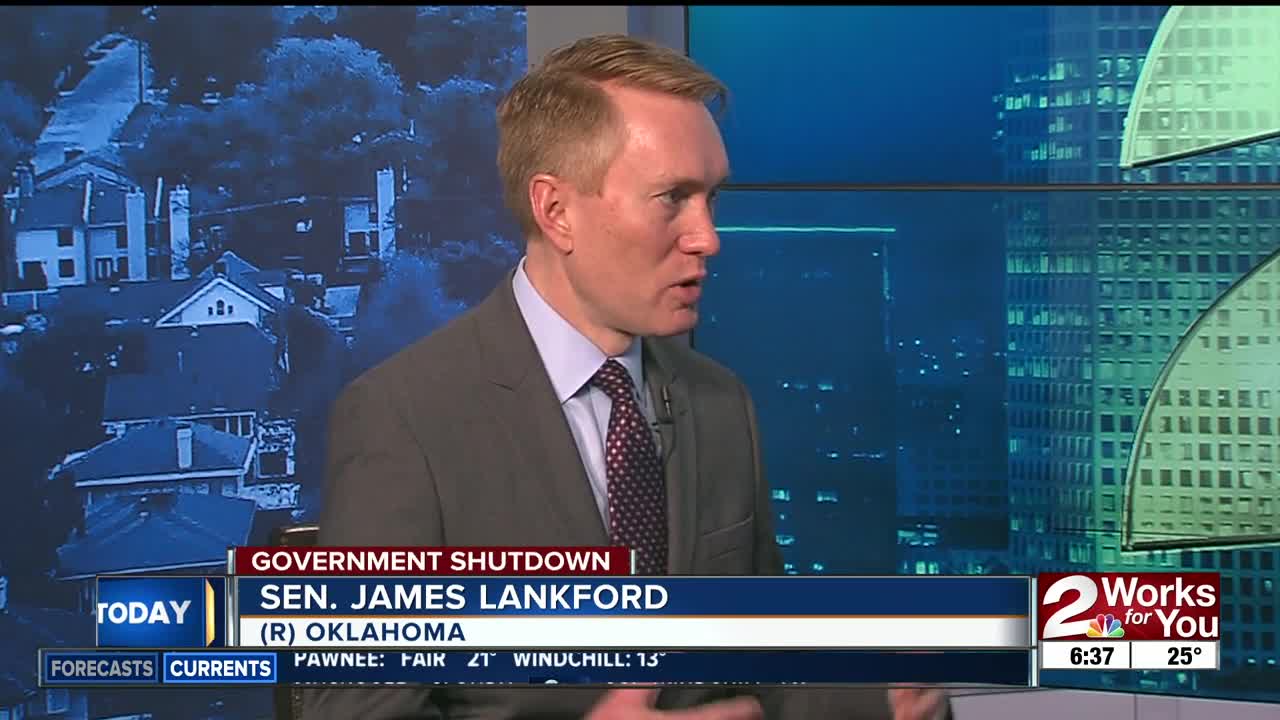 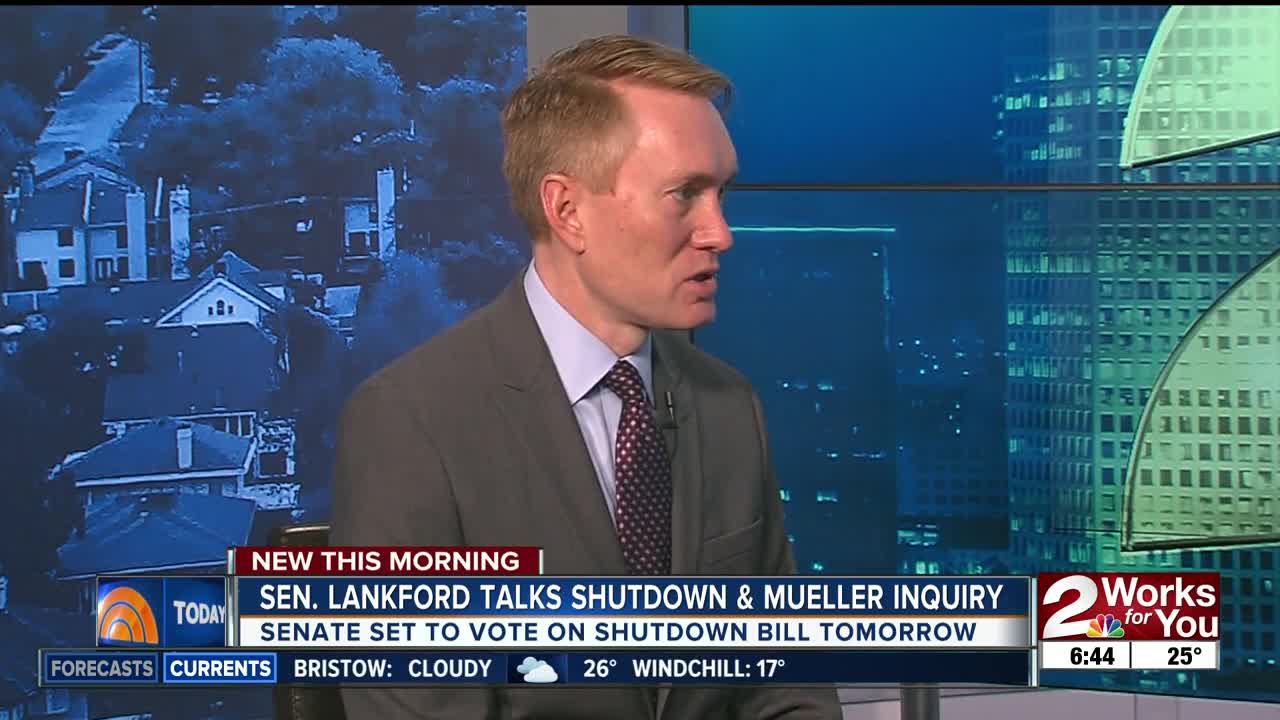 TULSA — Oklahoma Sen. James Lankford sat down with 2 Works for You anchor Scott Thompson on Tuesday and spoke about two bills he authored that could possibly end shutdowns forever.

As we enter day 33 of the government shutdown, Sen. Lankford stopped by 2 Works for You before heading to Washington D.C. before the Senate votes Thursday to end it.

Sen. Lankford helped craft the bill they'll be voting on, which he states the way government shutdowns end is by "forcing members of Congress to stay in town."

You can read the full interview below:

Q: You obviously don't agree with shutdowns, you've got two bills you authored to do away with them. So what do you think of the one going on now and how do you get around this thing. A Democratic President in the future may say 'I want climate change funding' or something like that, I'm going to shut down the government. Chuck Schumer says we're being held hostage by this, you know all the charges coming back and forth. So how do you end shutdowns forever?

A: You end shutdowns by forcing members of Congress to stay in town, they can't leave, they have to be able to remain. You have what's called a continuing resolution, if you get to the end of the budget time period and the budget work is not complete at that point, then you just basically continue funding at last year's level all the different agencies, but at the same time, all members of Congress, all their staff are prohibited from traveling, for any official travel, including back to their home state or district. You do the same thing for the cabinet, you do the same thing for the White House, that everyone has to stay in town. You have what's called mandatory quorum calls, forces everyone to be on the floor, actually debating. Things slow down when everyone leaves. Now I spent hours and hours on the phone working with different members, Saturday, Sunday, Monday, on in through this week, that's a common thing for me to be able to work this through when people are scattered. But if people were forced to be there, it would put more pressure on everyone to actually get this resolved. The biggest challenge we've had in this particular shutdown is people walked away from the table, people stopped talking, people stopped debating, there's not any proposal on the table to really be able to debate out any issues and be able to say what are we going to resolve. The President's proposal is a proposal to say 'here's something in writing that would actually resolve it, that he would vote for, if you don't like it, then let's do amendments, that's how the law is done. The House, The Senate, put proposals on the table, they debate it, when they come to a resolution The President signs it. We've got to get back to that process again.

Q: And that's what you're going to vote on this week, sometime in the Senate. This is a bill the President talked about on Saturday afternoon, I think you had some role in it, right? You had some communication with the White House in coming up with that and then the Democrats said it's dead on arrival because it doesn't have what we want in it. So that's going to be voted on (Thursday) this week and is already going to be not considered. The House, meantime, is passing its own bills to open the government, sending them to the Senate and they're not considered as well. So where do you stand then?

A: At the end of the day I think the Senate is going to be the one to resolve this. That is the bipartisan body, that's the one that has to be able to do things in a bipartisan way. The White House putting out a proposal saying we would support this is a good first step. Put that on the table and let's actually open up a debate. The first vote on Thursday is not to pass it, the first vote is can we even debate this and amend it, can we make changes. Then it's the encouragement for Democrats to bring proposals and to say how would you change it, what would you do to try and get us back to open again. I think there is a way to get this resolved, clearly.

Q: Is Mitch McConnell going to have to be the key? There are many who say he has given up the Senate's... The founders first wrote about the Legislative branch, that it was a coequal branch. Has he given up that coequal thing to the White House?

A: He has not. If you go back to December, Chuck Schumer said he doesn't want to do any negotiations until Nancy Pelosi is in the seat as the Speaker of the House and because there were a lot of options that Schumer and McConnell were trying to be able to work out, at the same time McConnell said I'm not doing to try to bring something up unless the White House says they agree. This is going to be a fool's errand to be able to continue to say we're going to debate things without having the House, the Senate, and the White House agree, at least two of the three of them have to have some kind of agreement on this. So we're trying to work through this process now, again the Senate is the place where you can work these things out because it's a bipartisan body, it has to be.