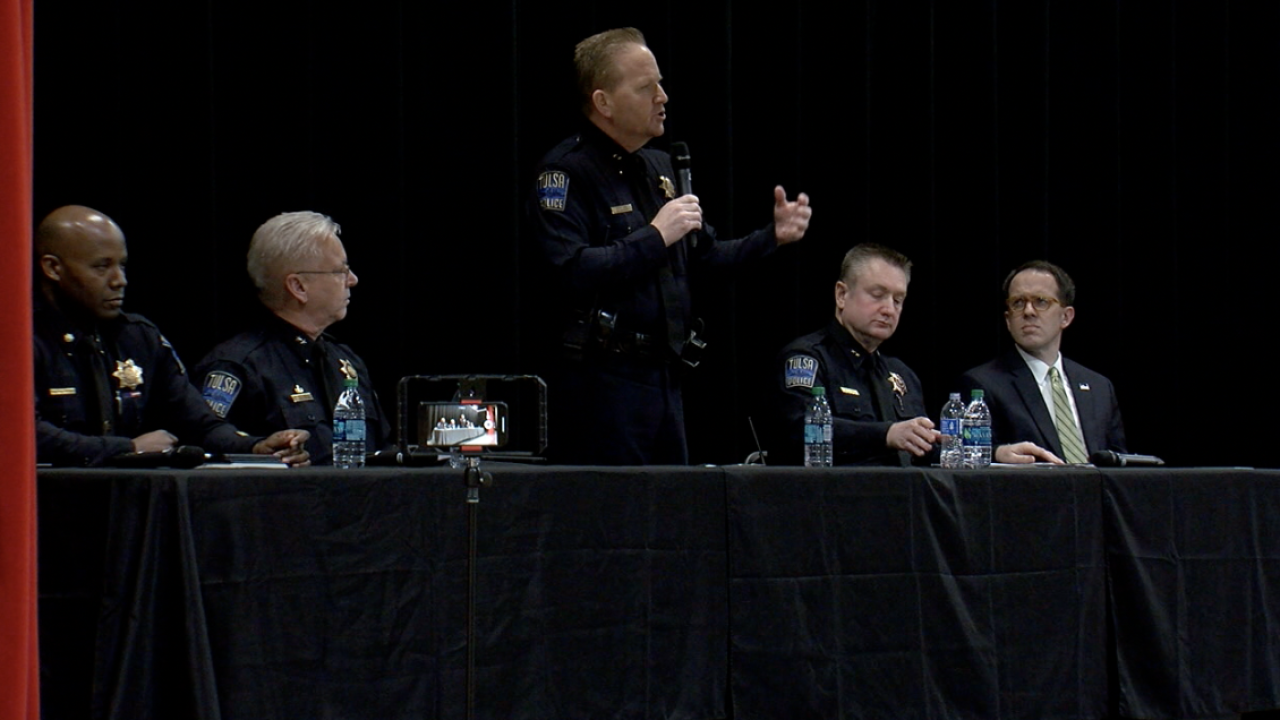 TULSA, Okla. — Tulsa is one step closer to a new chief of police.

The city held a public forum Friday evening, giving the four remaining candidates a chance to speak to the public. Those attending then got to have an informal meet-and-greet with the candidates and ask them questions.

The candidates outlined their vision for the department if they are selected.

Deputy Chief Jonathan Brooks said the department would focus on evidence-based policing strategies and be smarter on criminal behavior. Deputy Chief Eric Dalgleish wants more training for officers and to better engage with the public. Major Wendell Franklin said he wants to use data to drive the department's decisions and be more transparent and interact with the community. Deputy Chief Dennis Larsen said he wants to focus on community policing and strengthen commitments to minority residents.

The forum was full of Tulsa citizens who have an idea of what they want to see from a new chief.

“What we’re very interested in is building that trust, providing more training for our officers, especially in the area of implicit bias, racial justice," said Deanna Tirrell, Tulsa resident.

The topic of racial division was big among those attending. They want to see the department taking action, and communicating with its citizens.

“Any one of these men could be an excellent chief of police," Kunzweiler said. "And I’ll gladly stand behind whoever the mayor’s going to pick out of those four guys. Tulsa’s not going to be denied having good leadership at the top.”

Mayor Bynum and a panel of 10 community leaders interviewed each candidate Friday.