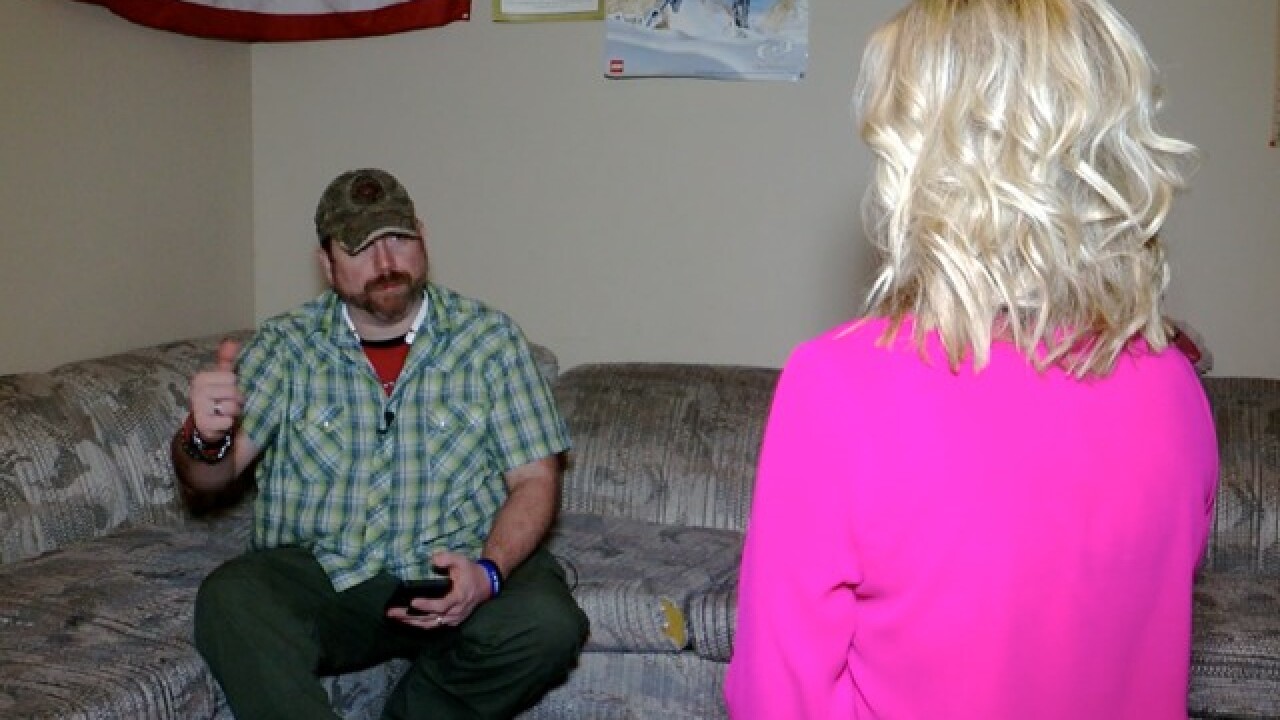 PRYOR, Okla. -- The outcome from his daughter's use of an app has sent chills down one Green Country dad's spine after he discovered inappropriate messages between his child and men online.

A Pryor father scrolls through disturbing screenshots of messages between his 11-year-old daughter and someone online.

“Somebody says hi and she’d say hi back," he said. “It really is scary as a parent.”

The father wanted to remain anonymous.

He says nowadays there is no telling who is behind the computer screen.

“The first thing I wanted to do was figure out how I could find their addresses associated with the accounts," he said.

It's a nightmare for any parent.

While on the app, people from all across the world can comment on any livestream. The Pryor dad says that is what happened to his daughter.

“It was very creepy, very disturbing," he said.

One user asked about clothing and sexual experiences.

“Anybody can talk to anybody and make them sound like someone they’re not," he said.

“It can all lead to really bad things and ultimately that could be your child being sexually assaulted, your child being kidnapped or taken to another state or country," Tulsa Police Sgt. Jillian Phippen said. "I mean we see that happening. You’re there to be their parent and not their friend."

The app claims they have moderators on hand 24/7 and if users are found to be in violation of the community guidelines, they may be suspended or banned from the app.

As the Pryor father works to keep his daughter safe, he hopes other parents will take a hint and check their children's cell phones.

2 Works for You received a statement from Live.Me: "We actively support law enforcement in identifying and prosecuting any users found to be endangering our community in any way. We also have tools for users to report and block people from their broadcasts."