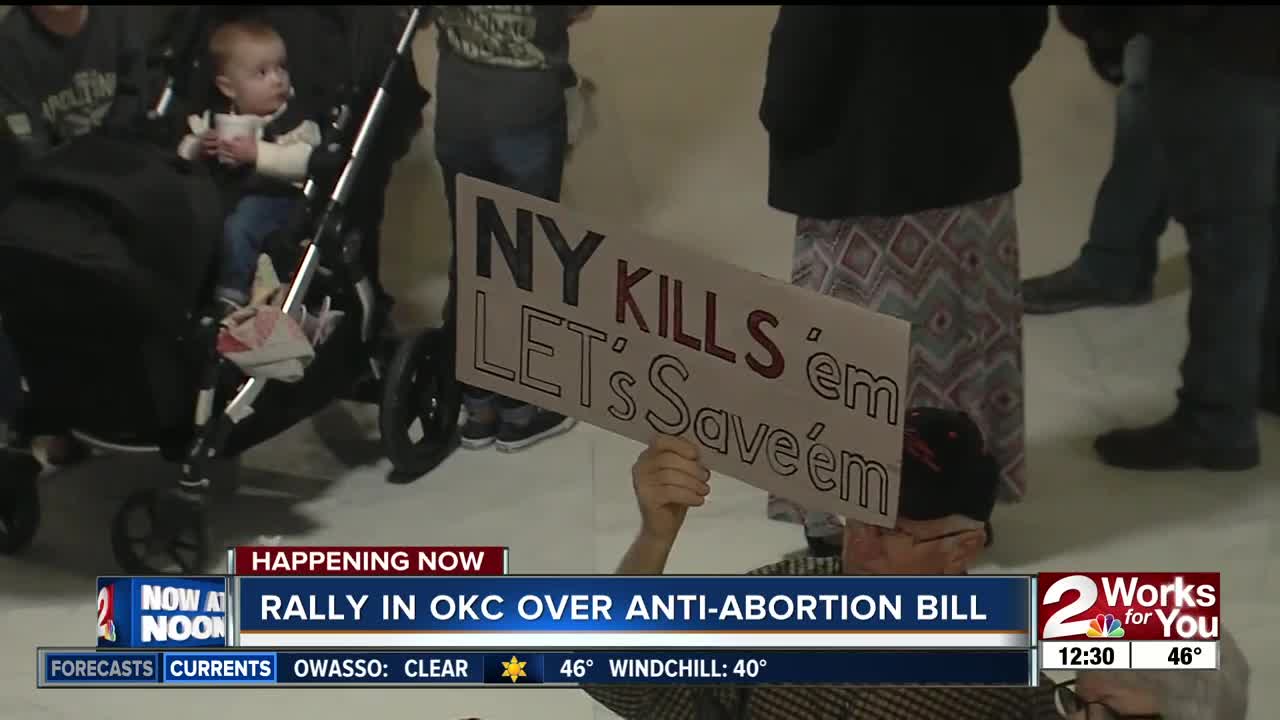 Some controversial new bills are drawing crowds to the state Capitol today. Rallies are planned this week for bills that would do away with abortion. 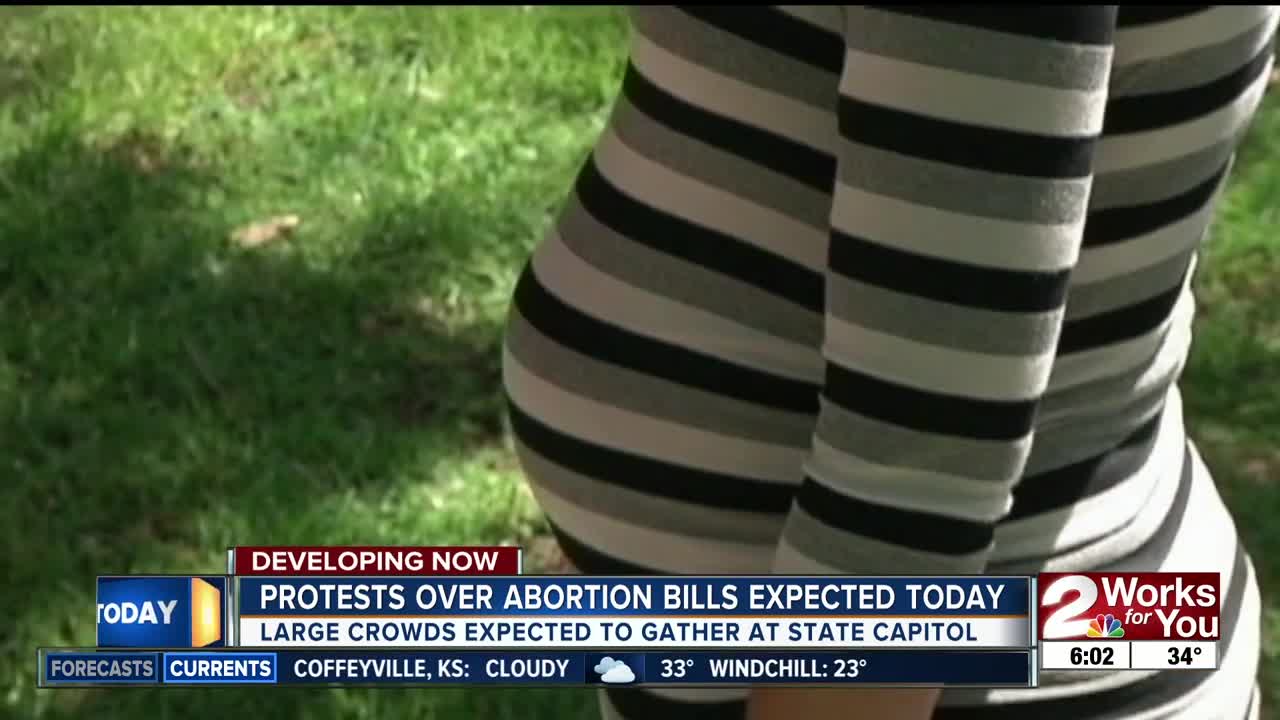 TULSA — Some controversial new bills are drawing crowds to the state Capitol today.

Rallies are planned this week for bills that would do away with abortion.

The protesters of abortion are expected to gather at the Capitol will to ask lawmakers if they will use their position of power to protect unborn babies.

One of the main groups promoting the rally is "Free the States," whose mission is to free as many states as possible from the "American abortion Holocaust."

Crowds are chanting “abolish abortion” the Capitol in support of two Senate bills aimed at getting rid of abortion in the state of Oklahoma. pic.twitter.com/H1HLJuJshU

Senate Bill 13 that calls abortion a homicide and would stop the procedures in Oklahoma.

One woman is carrying around a basket with about 90 plastic fetuses in it. She says each one represents an abortion that happened in the last week in Oklahoma. She said these are the size of a fetus at about 9 to 12 weeks. pic.twitter.com/vsolAW0s6R


The other, Senate Bill 195, that says life begins at conception and unborn children have protectable interests.

Ralliers are encouraged to meet with lawmakers to ask if they believe life begins at fertilization and if they think it's the state's responsibility to protect citizens.

Groups are set to gather all this week at the Capitol, including pro-choice supporters in a few days.