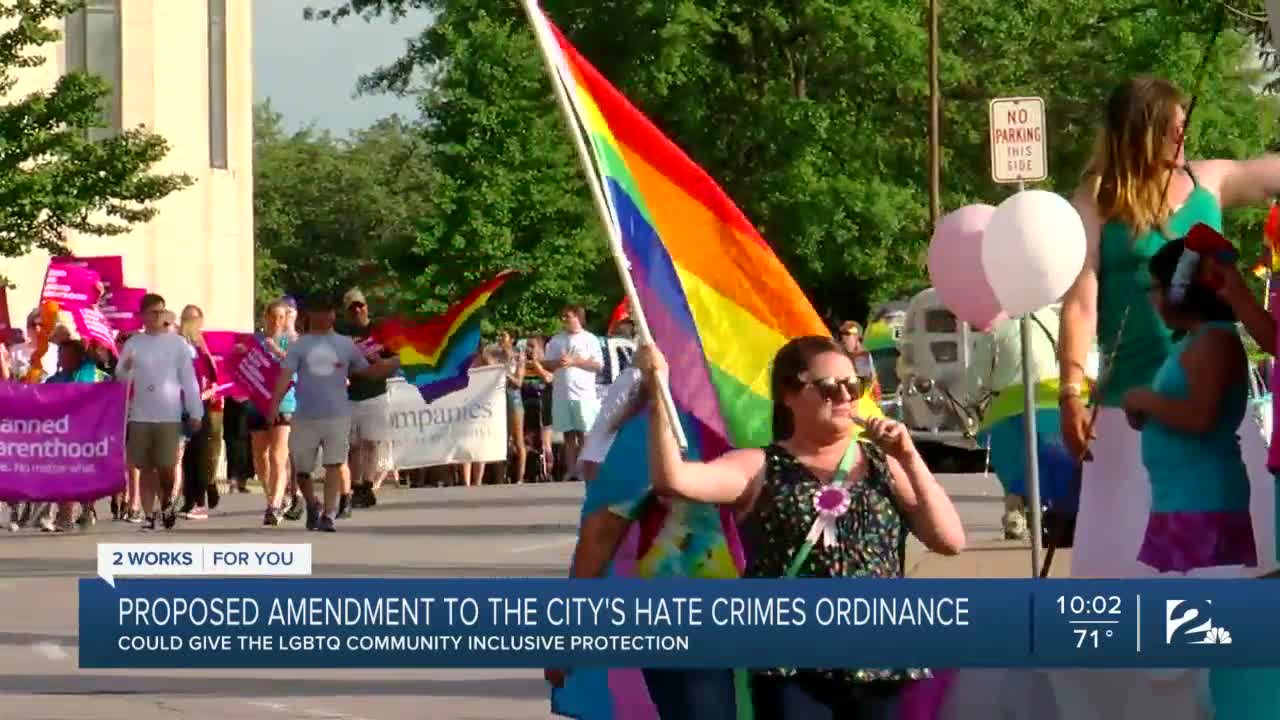 TULSA, Okla. — More protections for the LGBTQ community could be on the way in the city of Tulsa.

A proposed amendment would give the community protections through the city’s hate crime ordinance.

The change is a big deal for Toby Jenkins, executive director of the Oklahomans for Equality at the Dennis Neill Equality Center, he is no stranger to attacks.

“In this building, I’ve been held at gunpoint for 45 minutes," he said. "Somebody threatening to kill me because of my sexual orientation. I’ve had three of my vehicles vandalized. I had one vehicle they threw a 72-pound boulder through it.”

Someone attacked Oklahomans for Equality Deputy Director Jose Emmanuel Vega outside a store because he had on a gay pride shirt.

“He was able to trap me inside my car," Vega said. "Beating me. Spitting on me. Continued saying homophobic, racial slurs.”

Vega’s attack was called a hate crime because of his skin color and ethnicity.

None of the attacks were considered hate crimes due to sexual orientation. Now, the proposed amendment would change that. Jenkins said this change is critical to the LGBTQ community.

“Whenever I’m working with an individual, the most heartbreaking thing that I have to tell them that re-traumatizes them is you’re not protected," he said. "And the law is not on your side.”

If the ordinance is approved, it will enhance penalties for those convicted of a crime against someone in the LGBTQ community.

Tulsa would also be doing something the state hasn’t done yet, provide them with more inclusive protection.

“It’s time Tulsa lead and they give us a pathway, a pathway to justice," Jenkins said.

“We’ll always live with these fears of individuals," Vega said. "But knowing that there is consequences for those negative actions, alleviates our community a little bit more. And we’re able to be more freely of who we are."

Tulsa City Council is set to vote on the amendment at Wednesday’s meeting.