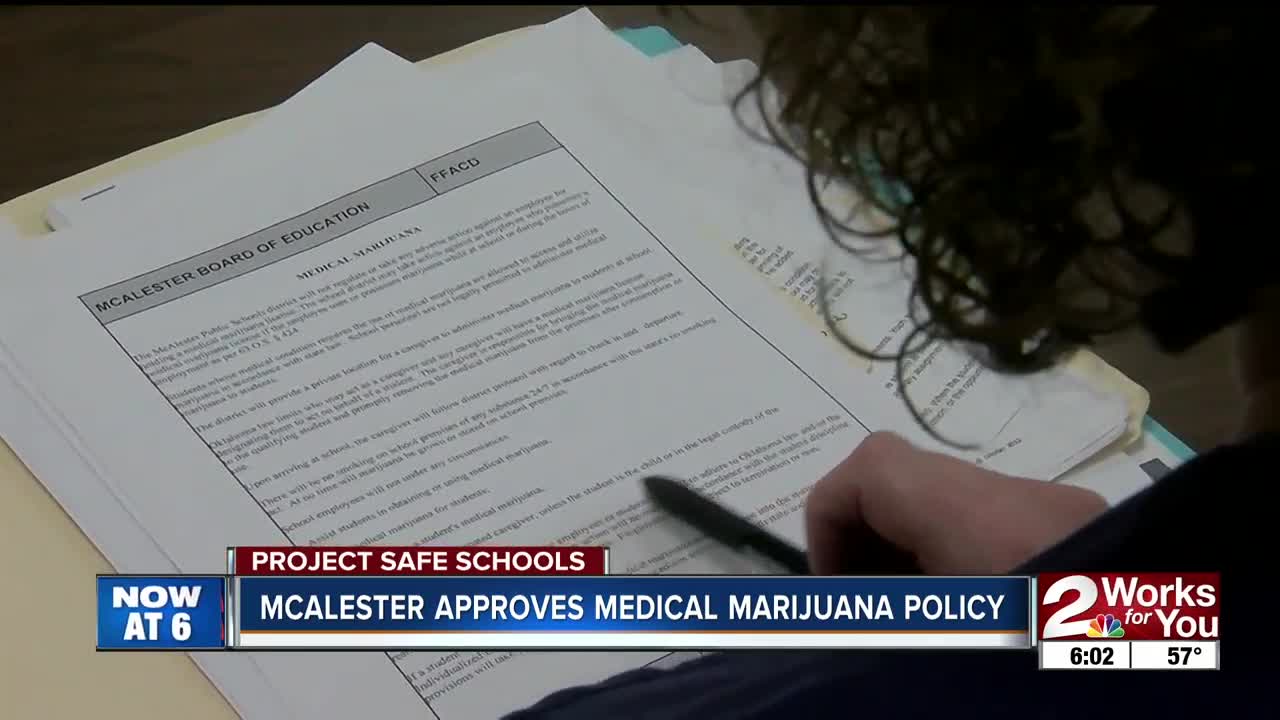 As Tulsa says no to medical marijuana on campus, McAlester gives green light 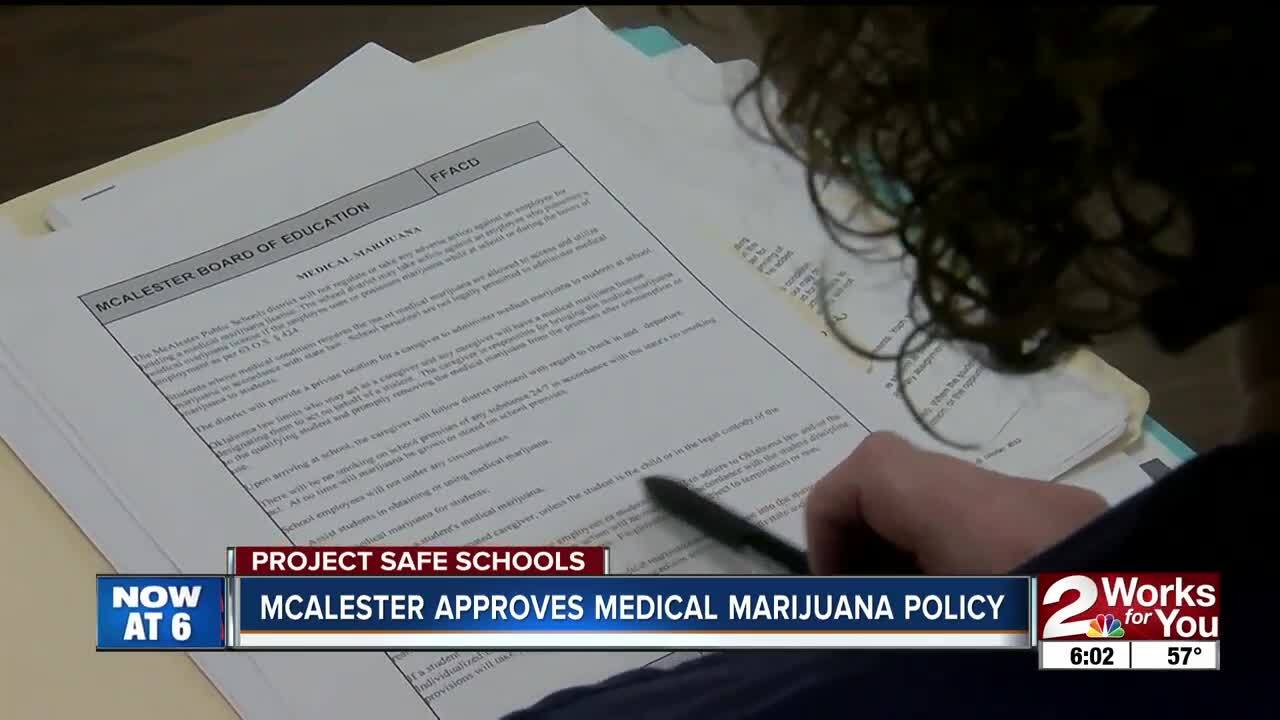 But there is another district in Green Country doing the exact opposite.

McAlester says if its students need it, the district will make sure they get it.

It was a unanimous vote Monday night by the school board here in McAlester. All students that have a legitimate license to use medical marijuana will be able to take it at school in a designated area.

Ruth Rogers is the school nurse and oversees all of the medications taken by McAlester students. She says many of them have chronic illnesses and need the drug.

She says they'll treat medical marijuana like any other legal drug.

"A lot of drugs are plant derived so we have to look at the medical marijuana as a medication…” Rogers said. “It has valid reasons to be prescribed we don't need the taboo of it being an illegal drug.’

No medical marijuana will be kept on school premises in McAlester and parents will be responsible for administering it.

However, Tulsa's school board voted Monday to not allow public school students to use medical marijuana on campuses. Supporters say it's the students who will pay the price.

"For the Tulsa Public Schools system to come out and absolutely just ban it when there are a lot of children that need that dose midday, just CBD doesn't work for everyone,” said Jill Galbraith, who is with Oklahomans for Cannabis. “Some of those kids need the THC strains, and it's not OK for them to forbid that from these children."

TPD does allow students who need medical marijuana to go offsite and administer the drug and then return to class.