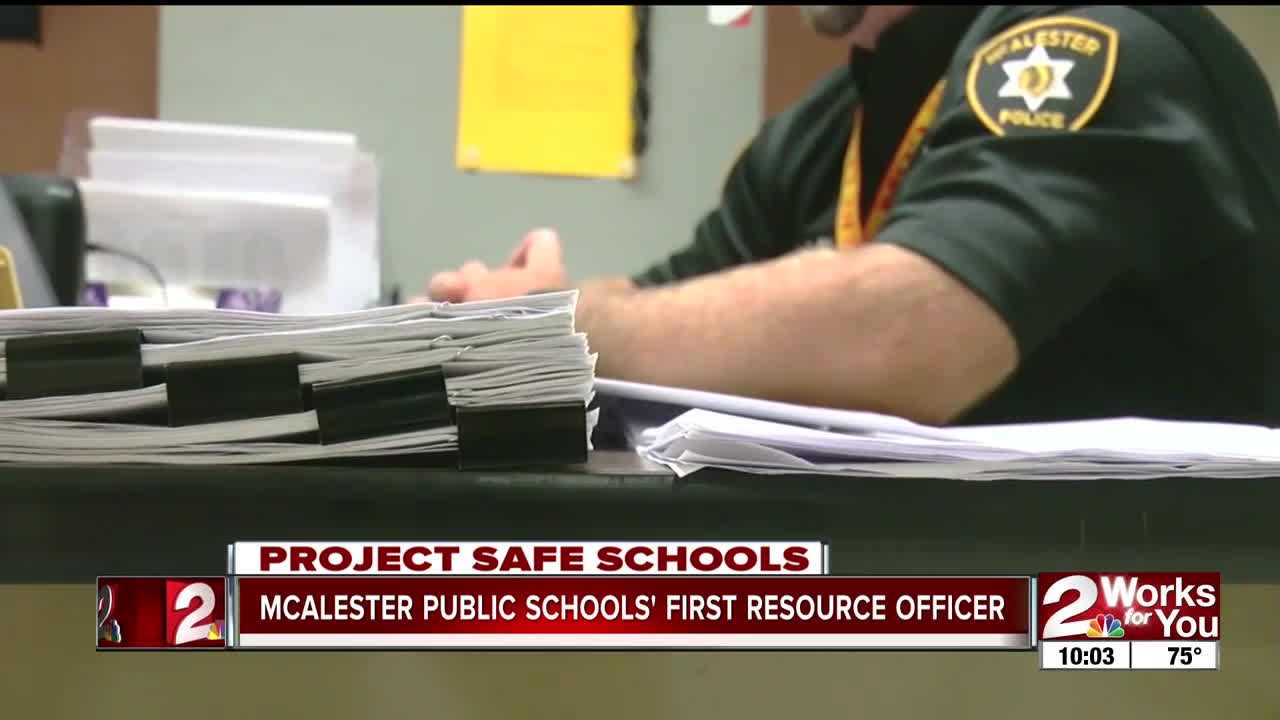 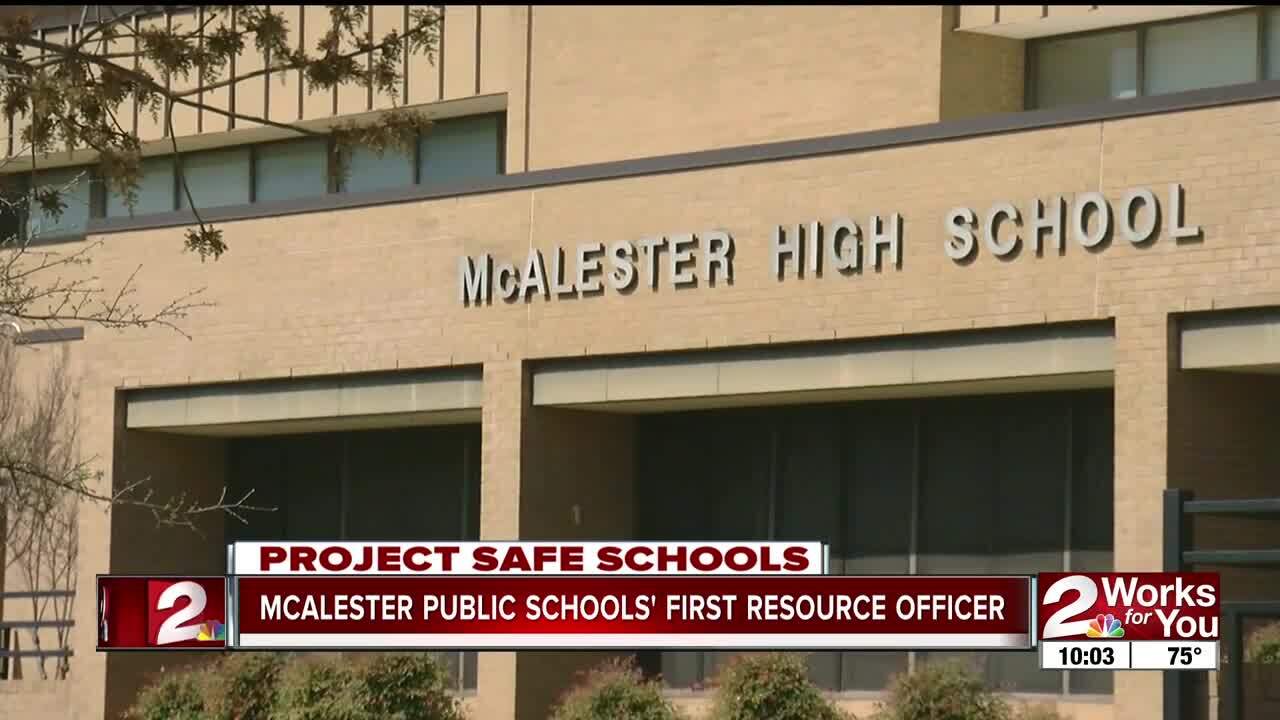 He says the key to the job is building relationships.

“This year at the high school, I've had several felonies that have been reported to me, and I think the reason why is the interactions I have with them prior,” he said.

The district used to have campus police officers, but the staff dwindled over the years.

“When this campus police officer took another job and left, talks began about adding a school resource officer,’ Busby said.

Busby already was familiar with the classrooms, spending four years with a program called TEAM or Teaching Educating and Mentoring.

So the district says he was an easy choice.

“If I'm tied up teaching or dealing with something else, we can draw from our street patrol guys and have those officers go to that school that’s having a problem at the time,’ Busby said.

Not only are they adding manpower for security at McAlester schools, they're also downloading apps to report any emergency crisis or report a bullying incident.

“They can go on this app, they can pull up the roster of their individual class and then account for everybody in that class and mark it on the app,” Busby said.

With a district of nine schools filled with nearly 3,000 students, they’re hoping to hire another school resource officer to cover more ground and continue community policing.

“As society changes and its evermore presence of violence in schools… we want to do whatever we can to protect our students,” Superintendent Randy Hughes said.