Problem Solvers: You could see charges in January from 2019 QuikTrip debit purchases 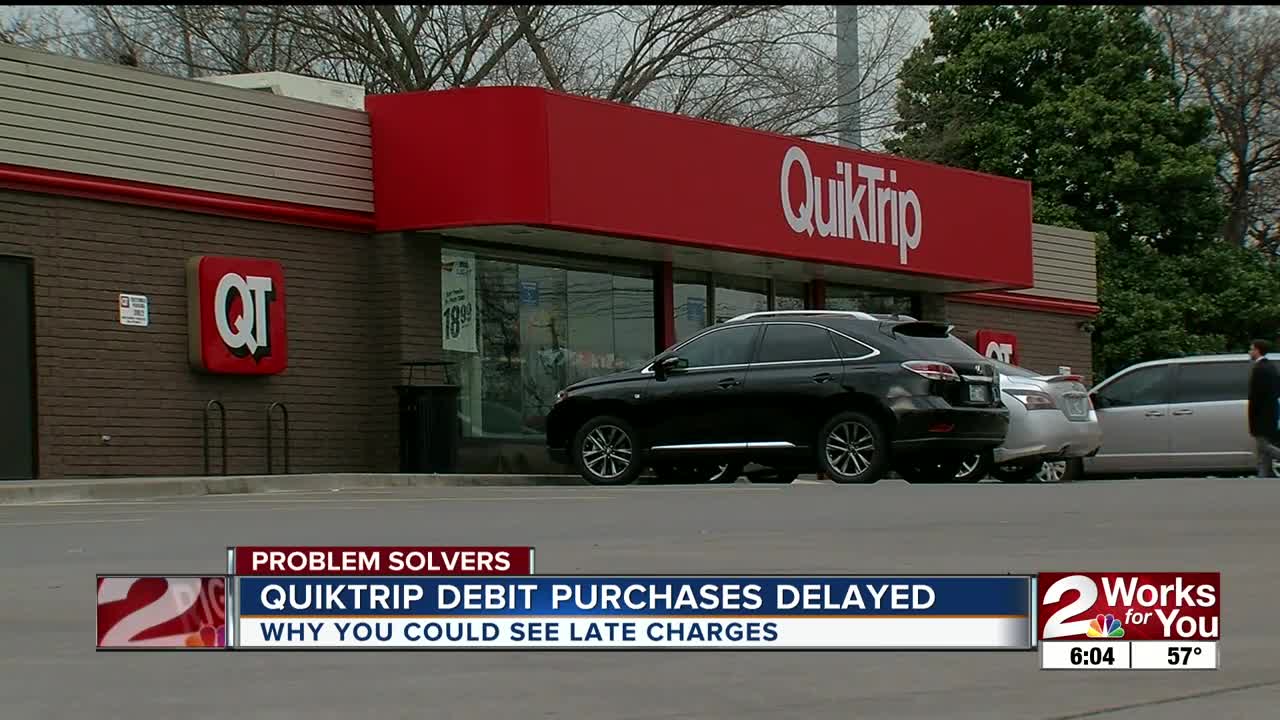 OWASSO, Okla. — A month of QuikTrip purchases never showed up on Pam Gennardo's bank account. Then, she got an email that all nine of her fuel purchases would be charged to her account at once.

It came to more than $313 in all. A Chase spokesperson tells 2 Works for You she's not alone, and those purchases will be charged to customers' accounts between Jan. 2 and Jan. 15.

So how is Chase involved? When you use your debit card at QuikTrip, that money is reimbursed to the store from Chase. Chase is the one that takes the money out of the account at your bank.

The problem was, between Nov. 1 and Dec. 18, there was a technical issue that caused Chase to miss fuel purchases made with debit cards at QuikTrip stations. Chase fixed the issue on Dec. 19, and waited until after the holidays to collect. Now, they're beginning to charge those customers.

Gennardo found out about the problem in an email from her bank, and called the bank to ask what would happen if the sum total of the purchases left her with a negative balance.

"I have alerts on my phone that tells me when it's gone below a certain amount, and honestly during that time I thought, 'wow, I haven't gotten as many alerts'," Gennardo said. "So I just thought, 'wow, this is great!' and I found out later guess what, it's not."

Gennardo suggests doing what she did, and ask your bank if you're affected. A Chase spokesperson tells 2 Works for You charges from purchases made Nov. 1 to Dec. 18 will begin showing up in customers' accounts in January, which might explain unknown charges popping up.

"That's a big chunk of change that's about to come out of our account," Gennardo said. "Talk to your bank and see if they know how much you're going to be charged in the near future so you can plan accordingly."

Gennardo says her bank won't charge an overdraft fee if her account goes into the red after the charges are applied, and she will have 180 days to balance it back out.