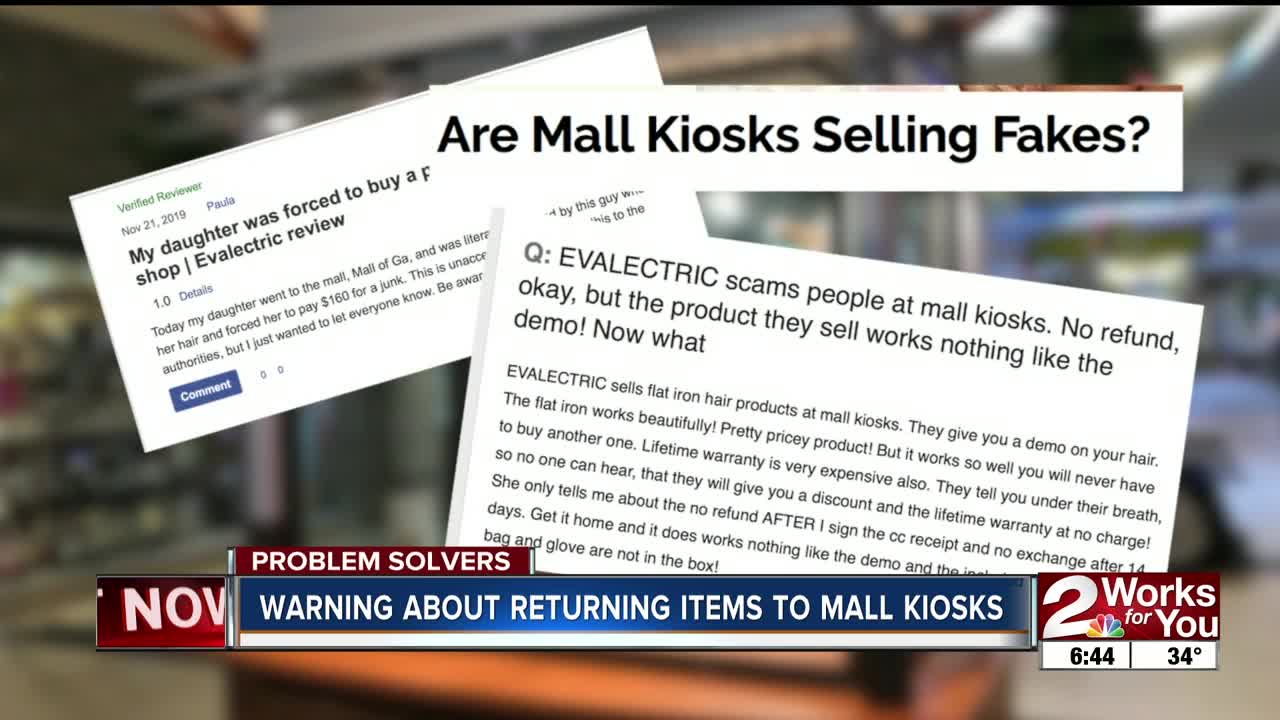 If you haven't done all of your post-holiday returns by now, time is running out!

And if you bought any items at a kiosk in the mall, it may already be too late, as one woman discovered.

Ashley Newberry was shopping before Christmas when she got a pitch from a salesman at a kiosk.

"This guy asked me if he could straighten my hair. So I sat down, he straightened my hair, and I said, 'Wow this is wonderful."

So she pulled out her credit card.

But she says this straightening iron she took home worked nothing like the demo model.

Newberry says, "It just rips your hair, it rips it out. And its hot to the touch down where you are supposed to hold it. It's too hot to hold."

She found dozens of similar complaints online around the country, from other women wondering if the model they bought was the same as the one demonstrated in the mall.

If you buy a hair iron at a retail store, you typically have 30 days to return it and get your money back.

But that's often not the case with mall kiosks.

Ashley says when she went back, the employee told her no refunds.

"Then he removed his jacket to show me this little sign that says no refund."

So we went to the mall, saw no sign, but the salesman told us the same thing.

"Could she get a refund? No we do not have a refund on things that are final, final sales."

We contacted the manufacturer which told us Ashley can ship back the iron, saying, "Evalectric hair tool products include a complimentary 3 year warranty. If your hair tool ever has any defects, we will replace it."

But she would have to pay shipping and get another one, just like the one she has.

The company says the straightening irons women buy are the same ones that are demonstrated in the mall.

But this is a warning to always ask questions about returns, so you don't waste your money.