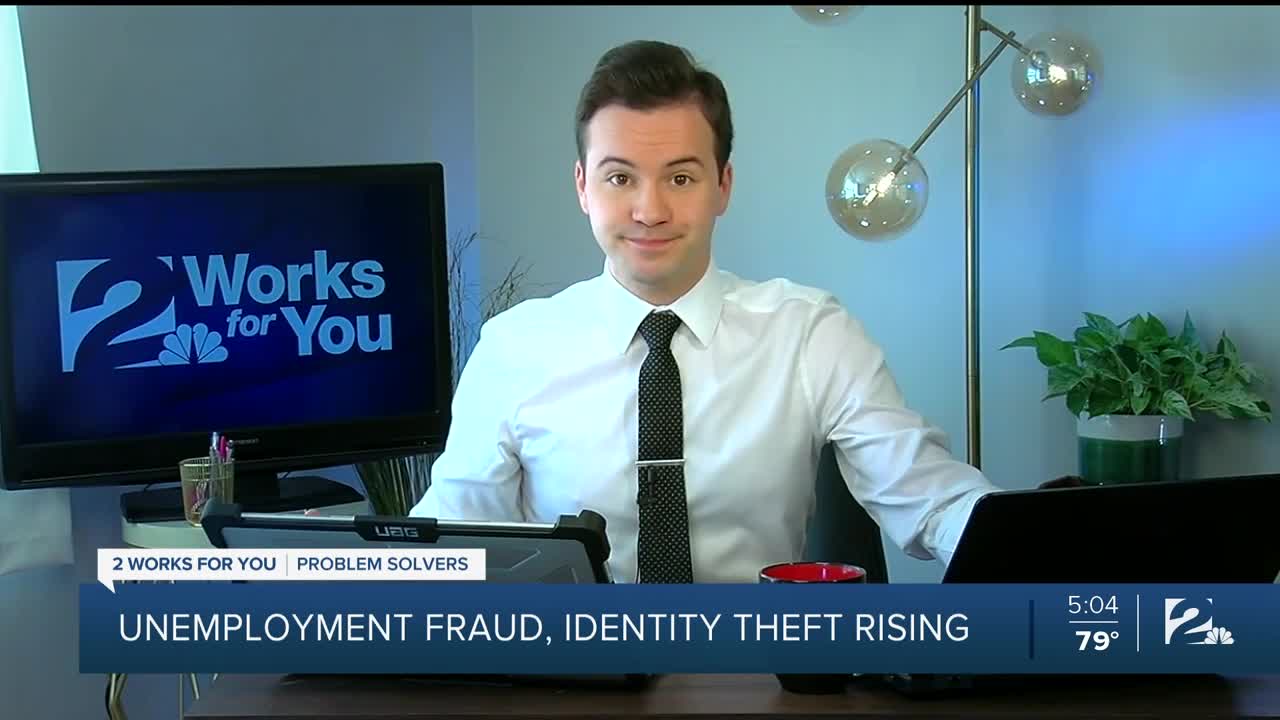 As many people are desperately waiting for unemployment benefits, schemers are taking advantage, causing thousands of fraudulent claims.

One viewer called the problem solvers coronavirus hotline and said, “I have received a notice from the Oklahoma Employment Security Commission that an unemployment claim has been filed. But I have not filed with them, so I believe this is some kind of fraudulent claim."

Another viewer said, “I have a daughter who got a letter saying that she qualified, but she hadn't signed up. Also, my son-in-law got the same letter."

In a statement, Oklahoma Employment Security Commission officials say identity theft is occurring at an alarming rate. The agency has identified more than 3,800 fictitious claims since mid-March and are reviewing hundreds of other suspicious filings.

Officials say a major security breach in 2017 reportedly exposed hundreds of millions of social security numbers and other personal information allowing this type of fraudulent activity to occur.

OESC Executive Director Robin Roberson said, “We are hearing from claimants blocked from filing for unemployment benefits because a claim in their name has already been submitted.”

She went on, “Under normal circumstances, bogus claims are typically identified on the front end. An employer has 10 days to respond to notice of an unemployment claim filed against the business before the claim is adjudicated and eligibility is determined. That’s still the process. Now, a spike in bogus claims is resulting in a legitimate claimant learning they’re unable to file because someone jumped ahead of them in the process using their identity.”

Oklahomans who believe a fraudulent claim has been filed using their personal information are asked to email OESC at fraud@oesc.state.ok.us.

Furthermore, Oklahoma Attorney General Mike Hunter has launched a new resource to help process unemployment fraud claims. Individuals or businesses can fill out the Oklahoma Unemployment Fraud Form and submit it to the Attorney General’s Office. Then, the claim can be investigated by law enforcement.

The email address to submit the form is unemploymentcomplaint@oag.ok.gov.

If there is a coronavirus question you would like our problem solvers to look into, call our coronavirus hotline at 918-748-1502 and leave a message.