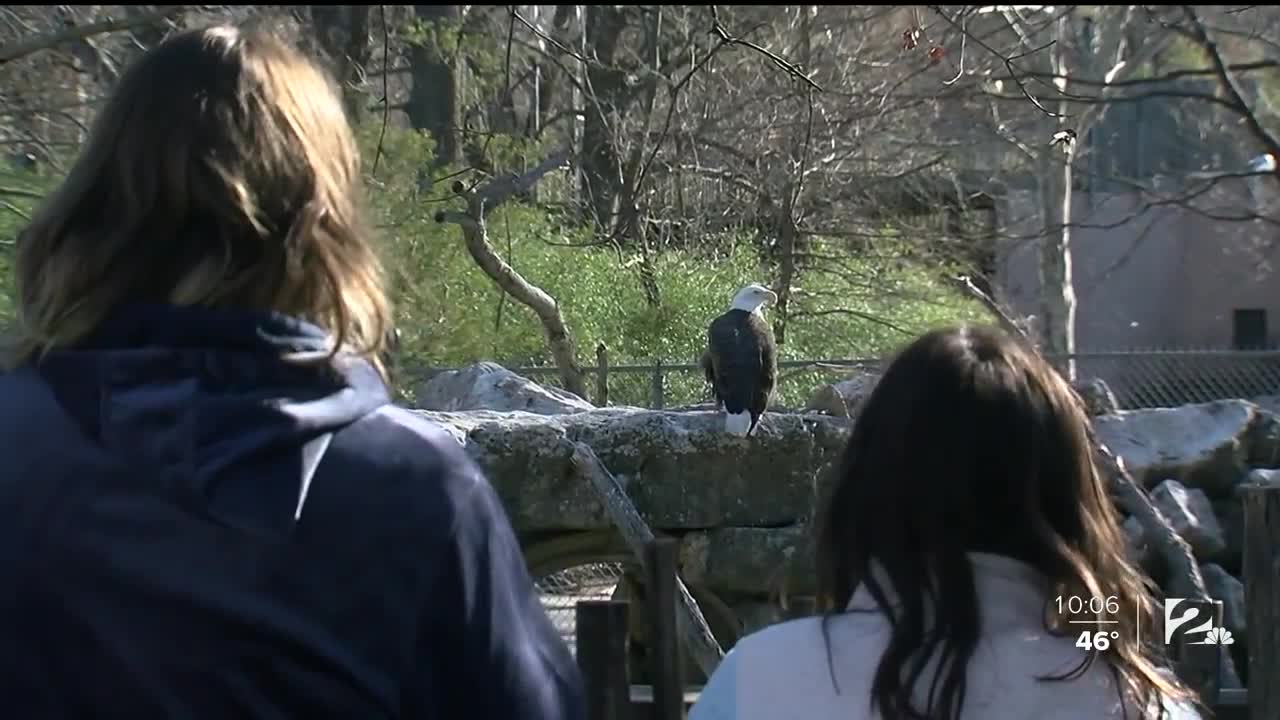 TULSA, Okla. — An American symbol shot down and recovering at the Tulsa Zoo. Game wardens are investigating a bald eagle shooting.

The female bird was rescued west of Miami. She has a large gunshot wound on her right wing.

Tulsa County Game Warden, Carlos Gomez, believes what happened to her was no accident.

"You're shooting a firearm. You're aiming at something," Gomez said. "So, I don't see how anyone could call that an accident."

"If they found it to be a repeat offense, it could carry up to $250,000 and up to two years in prison," Gomez said. "The bullet struck the lower part of the wing, what we characterize as the wrist."

"It's just wound care and repackaging and monitoring. If the tip of the wing becomes necrotic or die, it'll have to be amputated," Burgess said. "At that point, if it's amputated, she won't be able to fly."

They will keep eyes on her for several weeks. If she loses her ability to fly, she will become a permanent zoo resident.