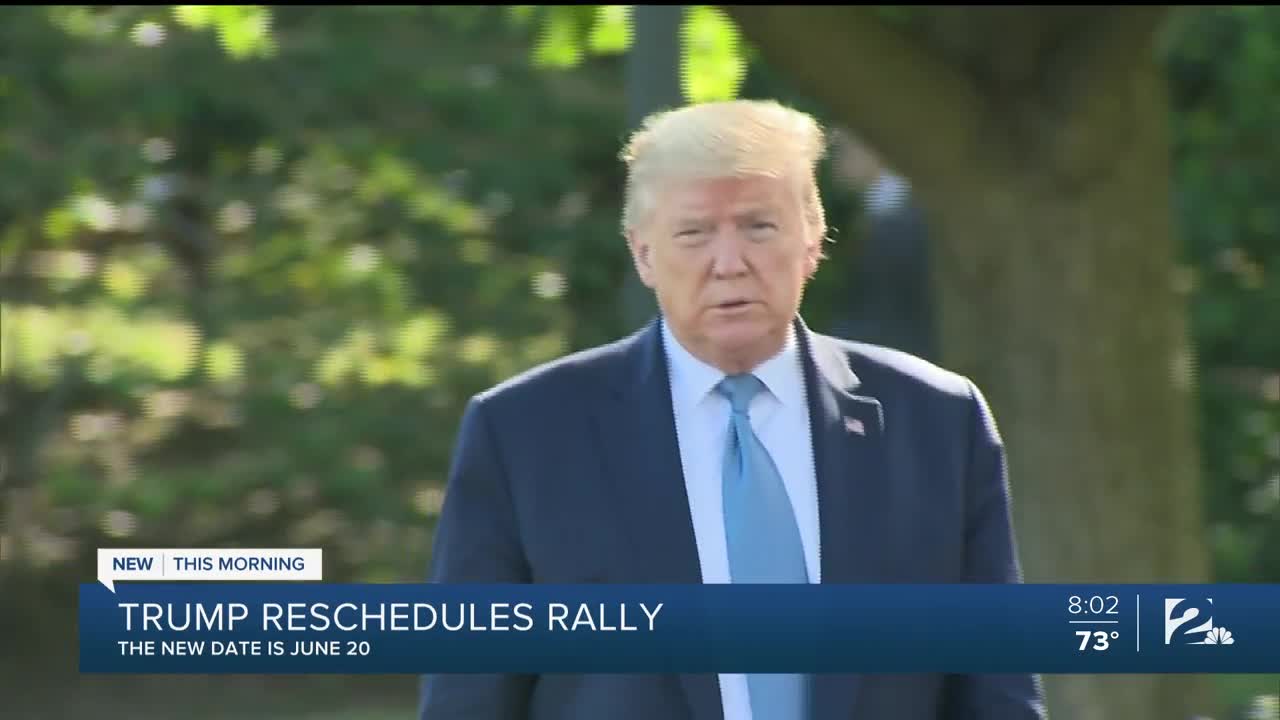 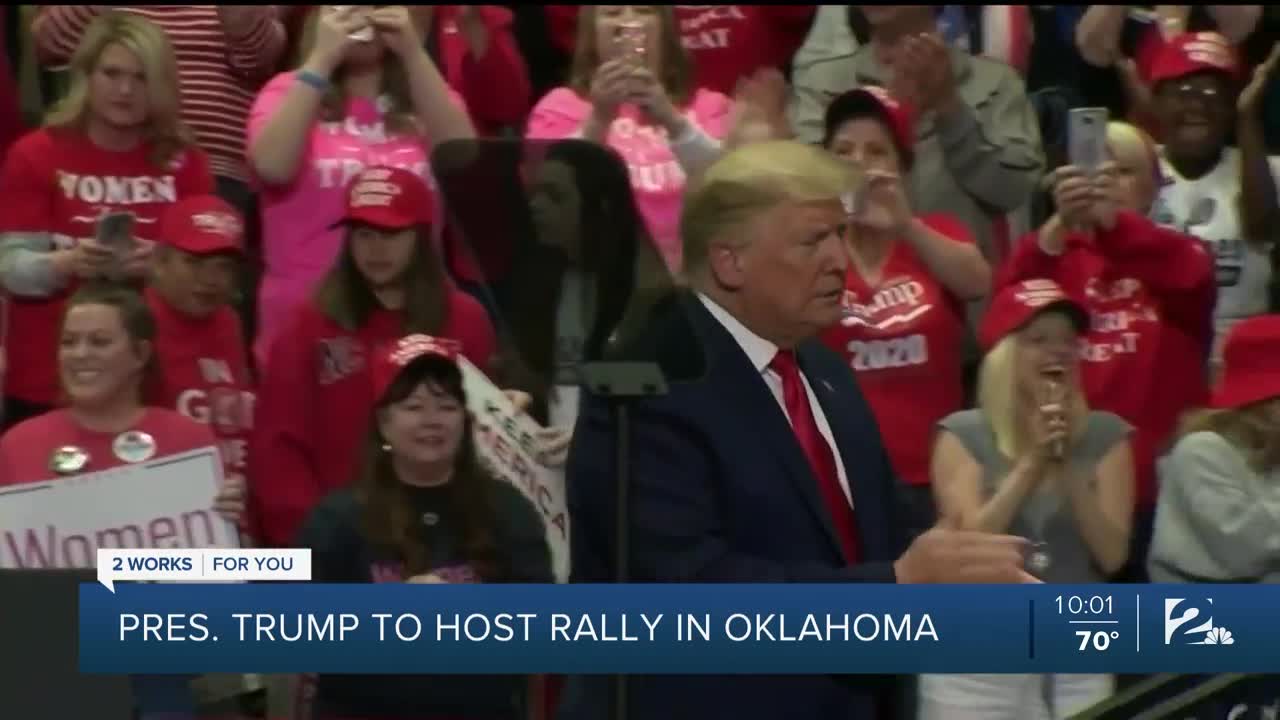 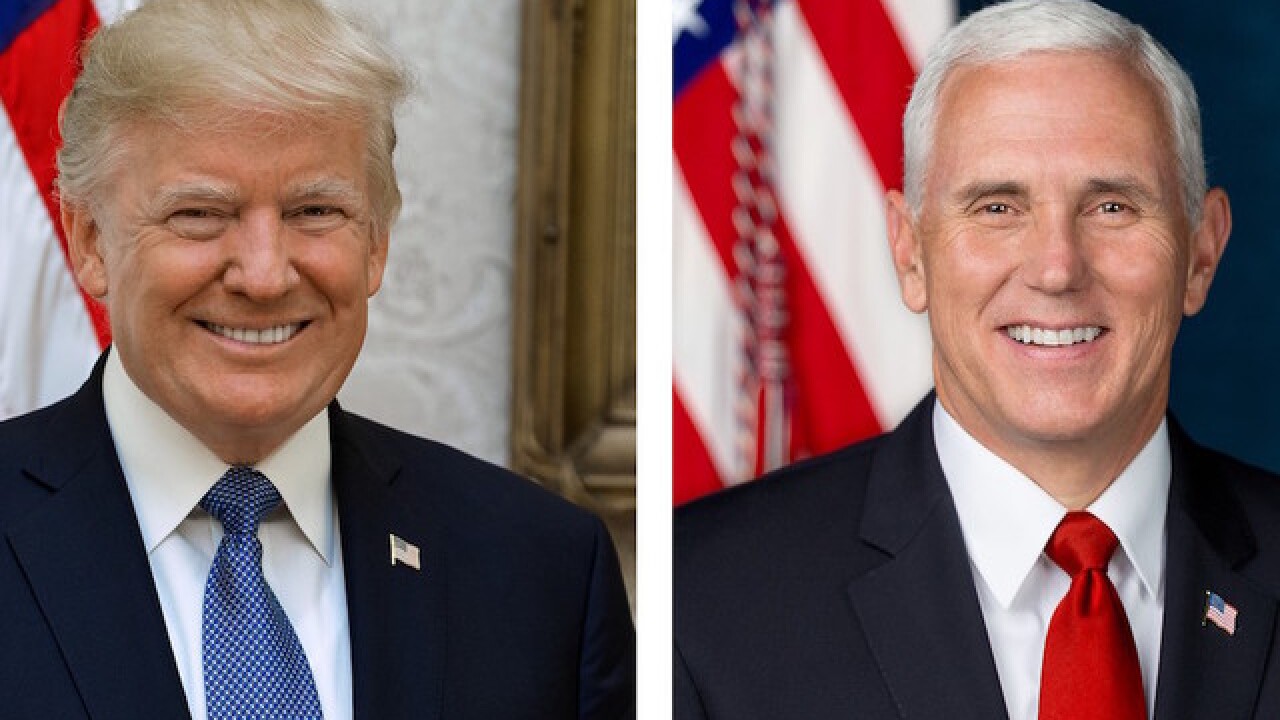 President Trump picked Tulsa as the location for his first campaign rally after the coronavirus outbreak across the United States. Vice President Mike Pence is joining Trump at the rally.

Trump's campaign said they picked Tulsa because the city is a good example of safely reopening in the coronavirus pandemic.

The rally is planned for June 20 at the BOK Center with overflow audiences going to the Cox Convention Center.

The Tulsa Police Department is working on a plan for road closures in and around downtown Tulsa and urge people to be prepared for traffic. The Tulsa Health Department is also urging people to take necessary safety precautions due to the coronavirus.

...of respect for this Holiday, and in observance of this important occasion and all that it represents. I have therefore decided to move our rally to Saturday, June 20th, in order to honor their requests...

READ MORE: What is Juneteenth, and where is it celebrated?

President Trump's campaign manager posted on Facebook that before entering, guests will receive:

Precautions will be taken for the heat and bottled water will be available, too.

The Oklahoma State GOP Chairman offered more details on the rally. The chairman stated tickets will be issued to the rally on a first come, first serve basis. People already started lining up to get into the venue.

In order to attend the rally, the public will need to accept a liability waiver during registration acknowledging the risks of contracting COVID-19.

The president’s just announced campaign rally for Oklahoma includes a liability waiver in the registration for rally attendees on the risks they voluntarily assume regarding coronavirus. pic.twitter.com/jAMPZUMfLJ

Mayor Bynum took to social to express his thoughts on the president's rally and the state of Oklahoma's guidelines for a safe reopening during the COVID-19 pandemic.

In Tulsa, we protect the free and peaceful exchange of ideas. We did it during the last two weeks of protests, and we will do it during the President’s visit to Tulsa next week. We will also continue to follow the State of Oklahoma’s guidelines for a safe reopening.

We are honored President Trump accepted our invitation to our great state. The President is making Oklahoma his first campaign stop since March 2, and his visit here confirms Oklahoma is the national example in responsibly and safely reopening. I am excited to welcome President Trump to Tulsa next week and for Oklahomans to show the world how we are a Top 10 state.

My office is working to confirm details about the venue and visit. Tulsans have managed one of the first successful reopenings in the nation, so we can only guess that may be the reason President Trump selected Tulsa as a rally site. The City of Tulsa continues to follow the State of Oklahoma’s OURS plan on COVID-19 response as it relates to events, which encourages the organizer to have enhanced hygiene considerations for attendees.

Donald Trump can’t spin this economic meltdown. Instead of doing his job and containing the virus, he wasted time, shifted blame, and led the economy into recession. Now, Oklahomans are facing double-digit unemployment. Three months into this crisis, Trump would rather throw a party for himself than help working families. Oklahomans deserve better.

The campaign manager for President Trump tweeted there may be a second "Make America Great Again" rally in Tulsa.

Trump also said he is planning rallies in Florida, Arizona, and North Carolina.

2 News Works for You will have LIVE coverage of the president's campaign rally on all digital platforms.