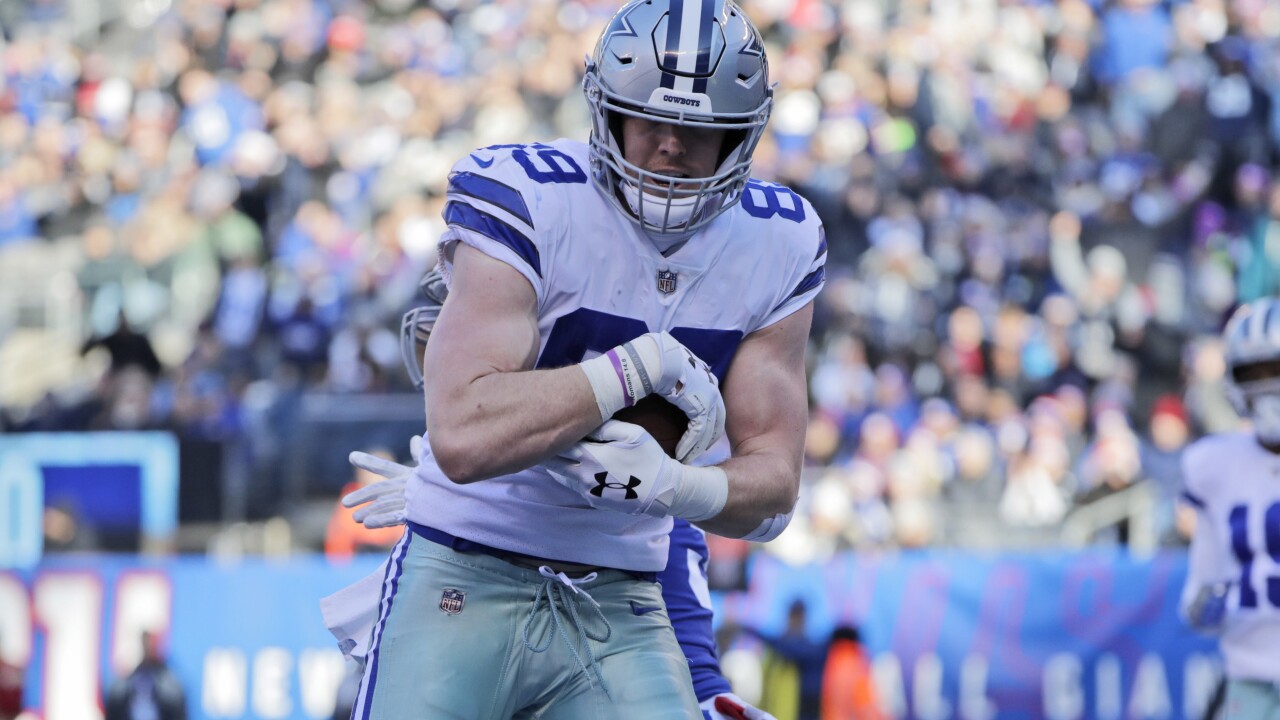 EAST RUTHERFORD, N.J. (AP) — Dak Prescott threw a 32-yard fourth-down touchdown pass to Cole Beasley on a play that was reversed by video replay and added a winning 2-point conversion pass to Michael Gallup with 1:12 to play as the playoff-bound Dallas Cowboys beat New York 36-35 on Sunday.

In what might have been quarterback Eli Manning's final start for the Giants, Prescott passed for 387 yards and the season-high four touchdowns, the first three to tight end Blake Jarwin. The Cowboys (10-6) won for the seventh time in eight games.

The game was meaningless for the NFC East champion Cowboys, who will host a wild-card game next weekend. Coach Jason Garrett rested NFL leading rusher Ezekiel Elliott and two of his top offensive linemen, but kept Prescott (27 of 44) on the field the whole game to build momentum for the postseason.

It worked, although the Giants (5-11) did their best despite losing their third straight game.

Saquon Barkley capped a record-setting rookie season with a sensational 2-yard touchdown dive with 3:21 to play to put the Giants ahead 35-28.

However, Prescott engineered a nine-play, 70-yard drive that he ended with an arching pass to Beasley in the back of the end zone. There was no doubt he caught the ball, and a review showed he got his knee down in bounds.

The soon-to-be 38-year-old Manning, who could be a salary cap casualty with a $22 million cap hit next season, threw for 301 yards and two touchdowns. Barkley finished with 109 yards rushing and 142 yards from scrimmage.

Barkley ended the season with 91 catches, breaking Reggie Bush's NFL record (88) for most receptions by a rookie running back. The No. 2 overall pick also finished with 2,028 yards from scrimmage, joining Hall of Famer Eric Dickerson (2,212 yards in 1983) and Edgerrin James (2,139 in 1999) as the only rookies with at least 2,000 scrimmage yards in NFL history.

Cowboys: G Xavier Su'-a-Filo started with Zack Martin out and was hurt in the third quarter. WR Tavon Austin, who has been sidelined since Week 6 with a groin injury, returned to action.

Cowboys: A wild-card game at home next weekend.

Giants: Go home and get ready for next season, with questions about Manning remaining their quarterback.