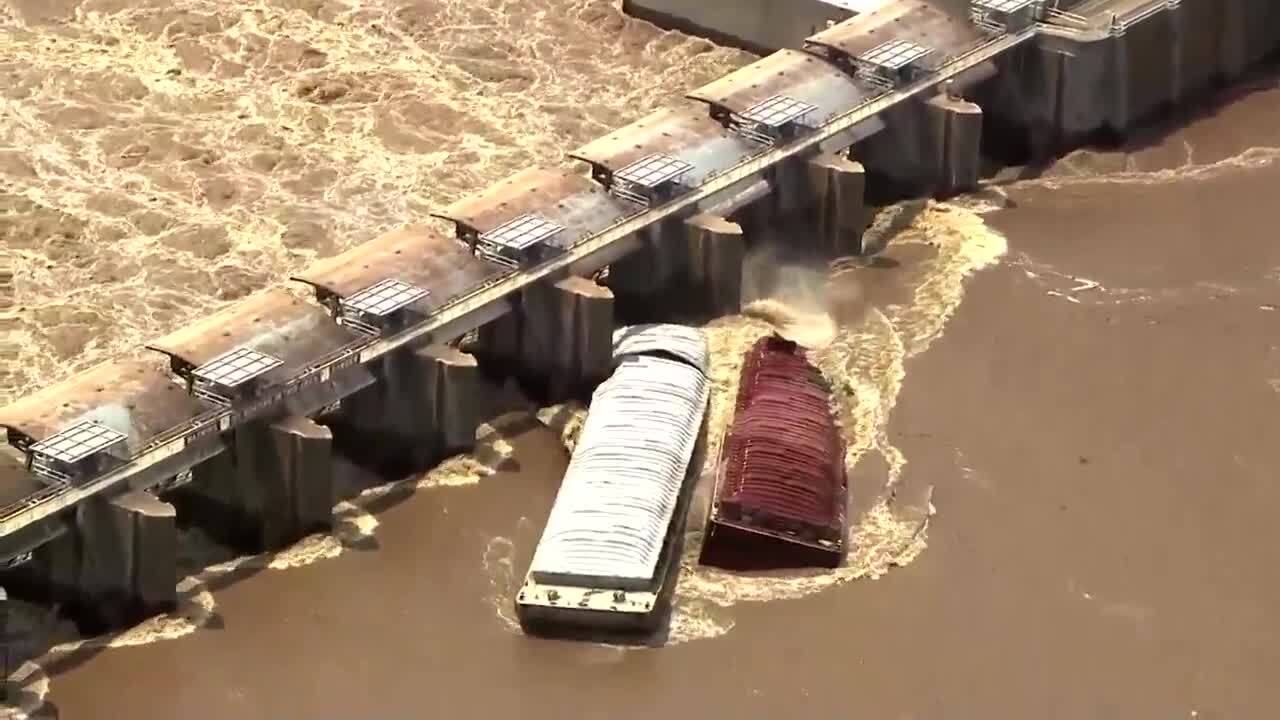 MUSKOGEE, OK (KJRH) — Barges are once again flowing down the Arkansas River after months of ports being closed down. Historic spring flooding caused the river to become impassable for barges, as several segments needed to be dredged.

Muskogee County District 1 Commissioner Ken Doke tells 2 Works for You constant dredging and a higher river level allowed barge traffic to begin last week, and barges are even flowing south down the river from the Port of Muskogee. After concern river traffic could be delayed well into the fall , the strategic dredging opened up alternate channels along the Arkansas River to allow for barge traffic.

Doke says the river is flowing one foot above normal to make room for barges, but it's not a permanent solution, because that's only maintainable as long as the lake levels allow for additional flow. Doke says $75 million in additional funds granted to the Army Corps of Engineers should allow for uninterrupted dredging, as they work on a permanent solution while barges navigate the alternate channels.

Doke added it's unclear how long it will take for the ripple effect of the barges moving again to reach Muskogee businesses, but it's a much preferable alternate to waiting any longer.