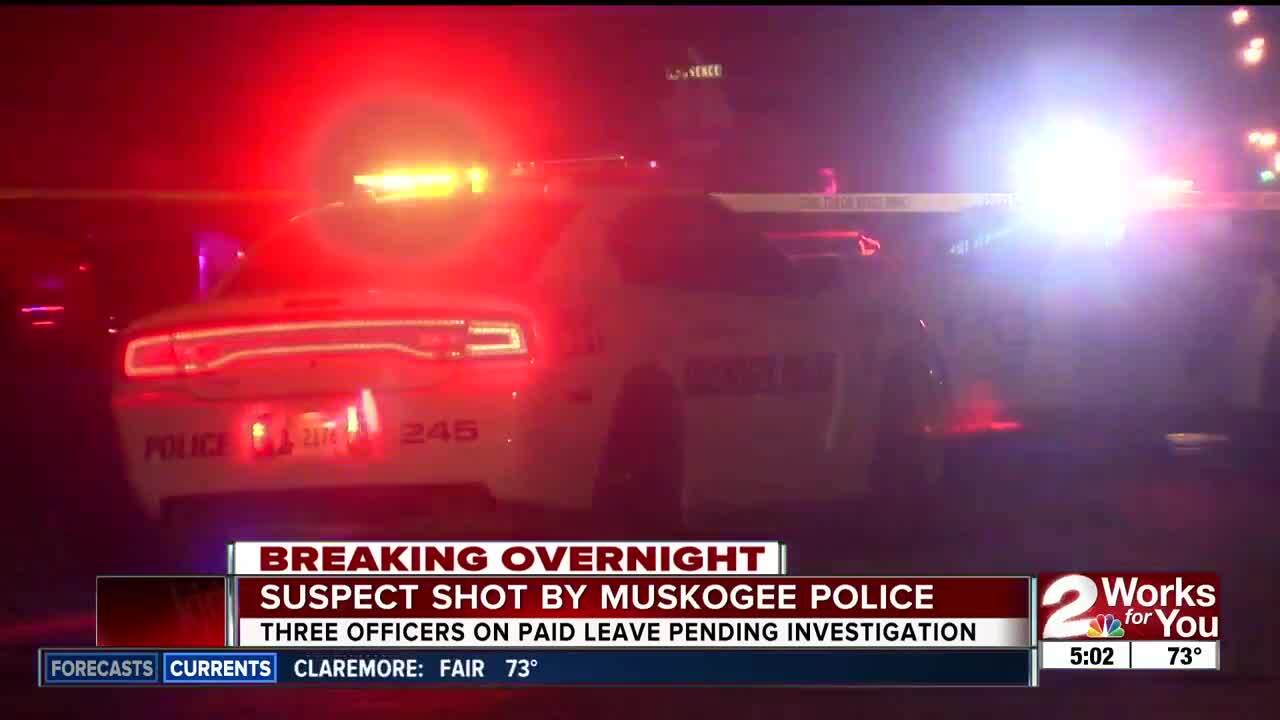 According to Muskogee police, the suspect in the Muskogee officer-involved shooting has been identified.

Police say Darnell Cox has been transported to the county jail after being released from a local hospital for injuries.

Cox was booked on assault and battery with a deadly weapon, arson first degree, larceny of merchandise from retailer and threaten to perform violent act charges, police say.