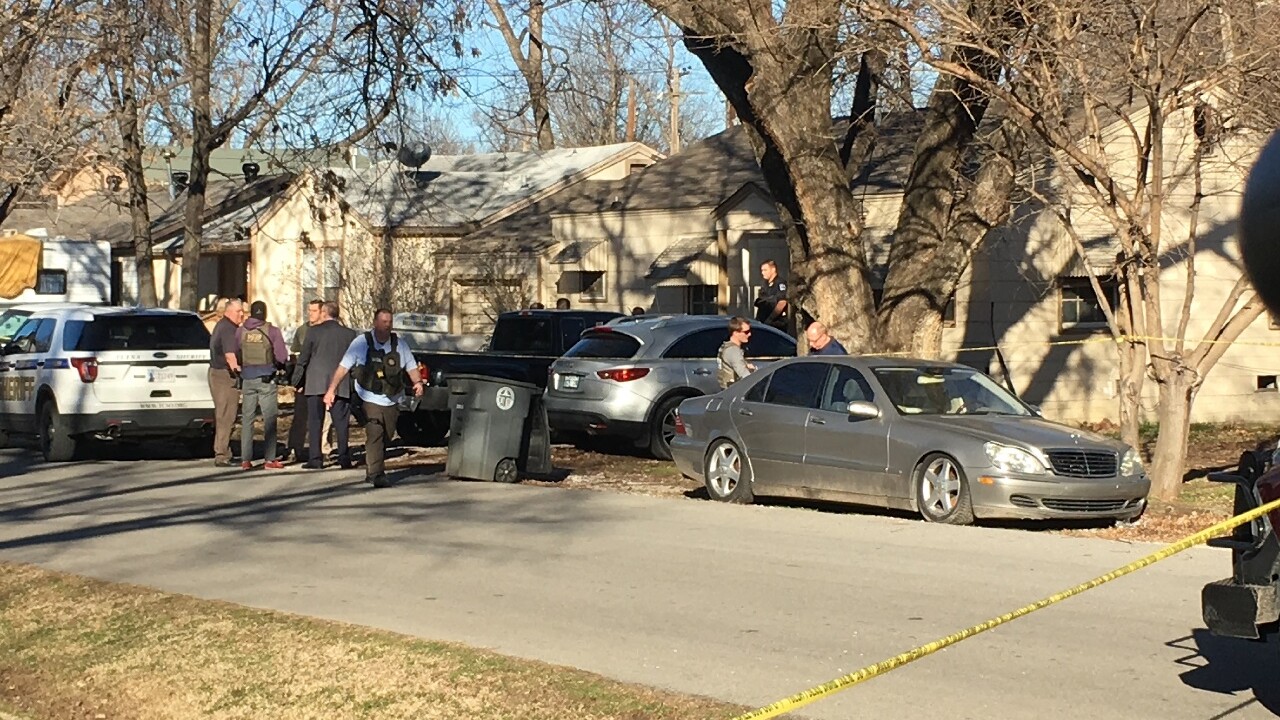 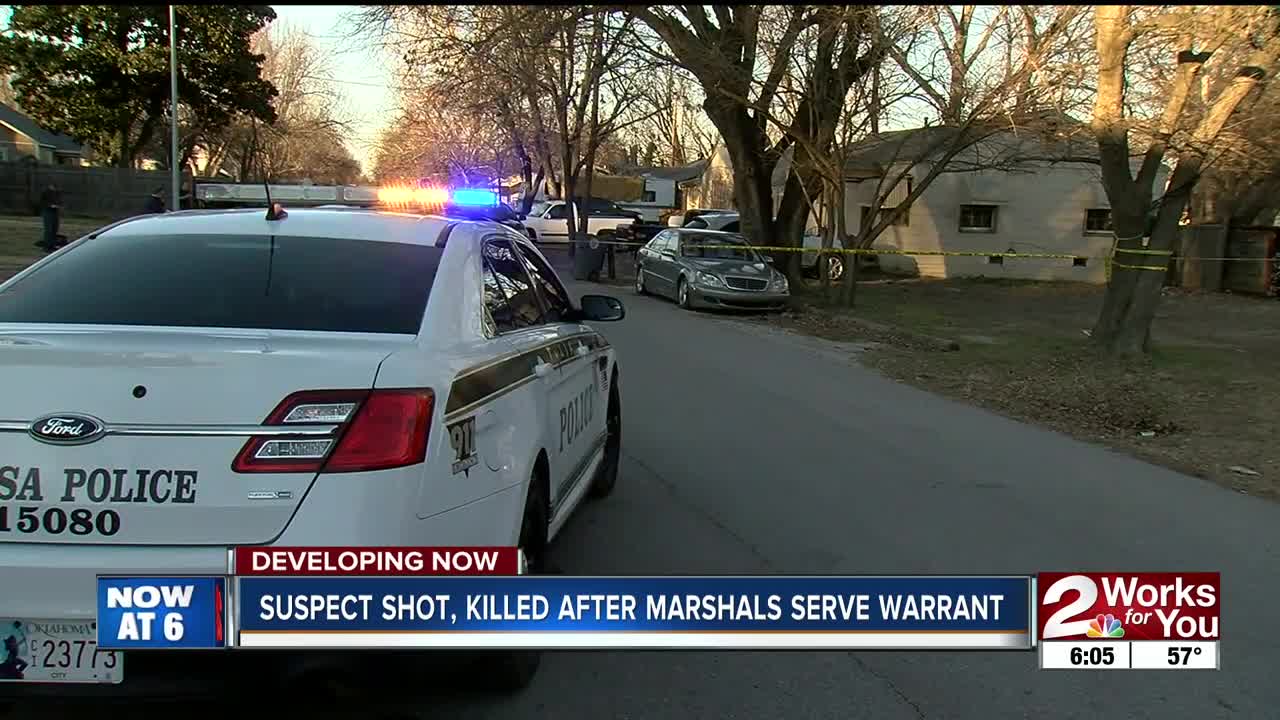 TULSA -- Tulsa police are investigating after a suspect was shot and killed in northeast Tulsa on Monday afternoon.

The incident was reported near 35 North Louisville, near Admiral and Harvard.

U.S. Marshals were serving a felony domestic strangulation warrant at about when officials said the suspect refused to come out of a house, became violent, attempted to attack officers with a knife and was shot. The man killed was identified as Jeremy Edmonds, 42.

At least two Deputy U.S. Marshals fired their weapons at least once.

Marshals deferred all questions to the Tulsa Police Department's homicide unit, saying they couldn't give details due to the ongoing investigation, including the names of the deputy marshals involved or the fugitive.