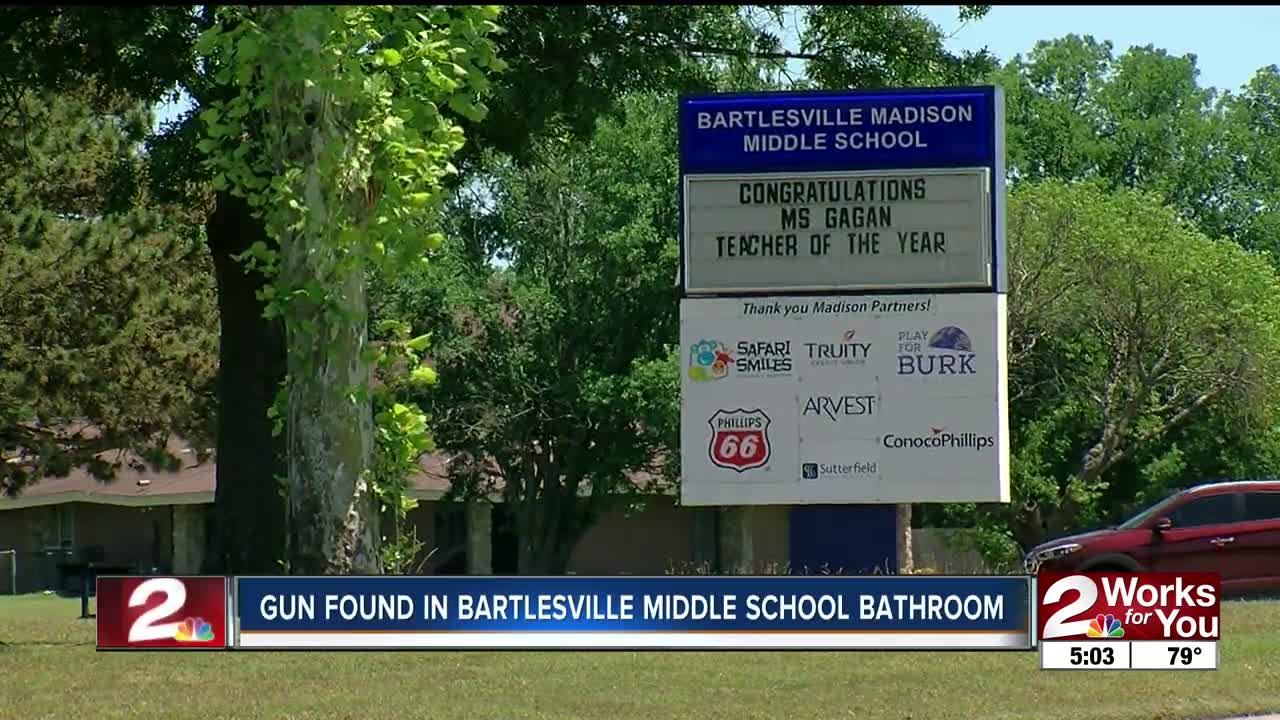 A concerned parent called school officials early this morning about a missing gun at home that a 14-year-old student may have taken to school.

School officials located the student, but didn't find the gun in the student's backpack.

The gun was found in a bathroom hidden above a ceiling tile, police said. Police said the student was confronted by another relative at the school, and ran into the restroom where administrators found the gun.

The student was taken into custody. Police said the student didn't make a threat or intend to harm anyone, but thought it was "cool" to bring a gun to school.

Police are on site at the school, and officials say the situation is "secure" and "safe."

"School safety is a top district concern, and we appreciate the cooperation of parents, students, staff, and the Bartlesville Police Department in helping us keep our schools a safe learning environment."