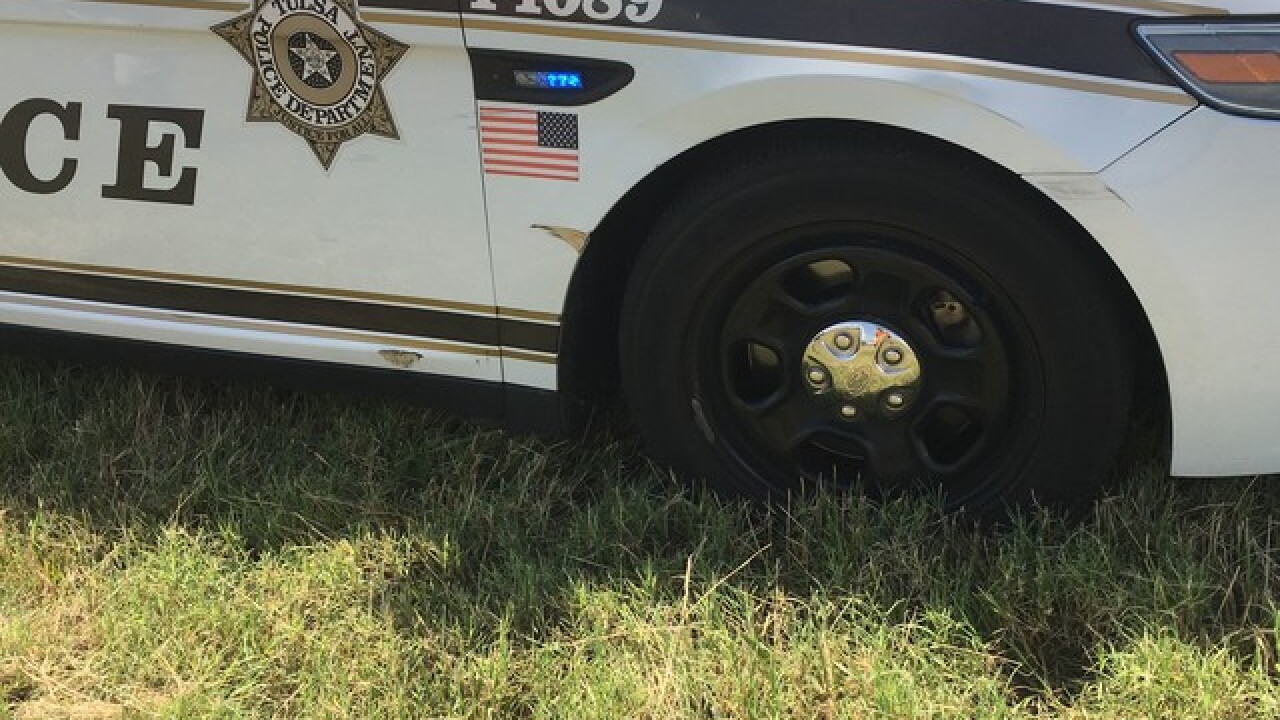 Crews responded Tuesday after a police officer was involved in a crash on the Broken Arrow Expressway on Tuesday.

The crash was reported in the westbound lanes near Mingo.

Officials said the police car was in the left lane when someone in the middle lane tried to merge in, didn’t see the officer, and bumped his car.

No injuries were reported and there was only slight damage to the police vehicle.