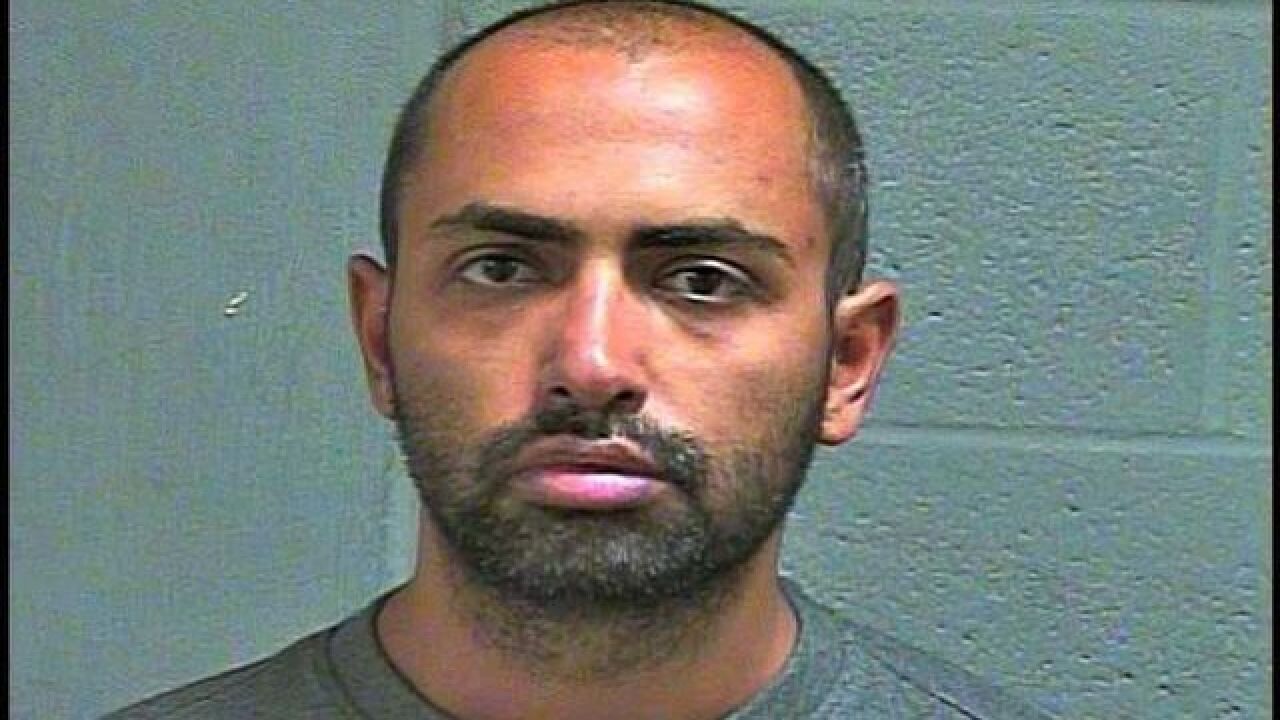 An Oklahoma City man has been arrested after officials said he took suspicious photos at the Oklahoma City National Memorial and called his sister in Iran to tell her that "hundreds of people are going to die in Oklahoma City, and something very large is going to happen," KOCO reported.

An FBI terrorism task force contacted Oklahoma City police about the man on Oct. 30 regarding suspicious photos taken at the memorial. The man was identified as Amiremad Nayebyazdi. Officials said he had taken photos of unusual angles and places at the memorial on multiple occasions.

Security officials were able to get the man's tag number when he visited the memorial, and tracked it back to him.

Nayebyazdi reportedly contacted his sister in Iran and his message to her was loosely translated as "Hundreds are going to die in Oklahoma City, something very large is going to happen, it will be on the news, and don't tell mom and dad until it is seen on the news."

Police officers, a bomb squad and FBI agents went to Nayebyazdi's home in Oklahoma City, near Northwest 5th Avenue and North Shartel Avenue. No explosive devices were found, and the man said he "hears things."

Police said the man had a petroleum engineering degree and worked for an Oklahoma City oil company. Nayebyazdi was arrested on a complaint of threatening to kill by use of explosive.

The memorial issued the following statement:

As you can imagine, we live and work in a heightened state of awareness and security at the Oklahoma City National Memorial & Museum, primarily because of the incident in 1995 and premise for which the Memorial and Museum were even built.
I am very proud of our staff, NPS Rangers and the Memorial Security team for their vigilant work and for being aware of unusual circumstances and working with local law enforcement teams.
We continue to be honored and humbled to work with OKC Police Department, state law enforcement agencies, Joint Terrorism Task Force and the FBI on matters that involve national security and the protection of this national treasure.  Law Enforcement agencies showed us again the standard of their great work.
The Memorial & Museum remain a very safe place to visit and is monitored by a security team 24/7.