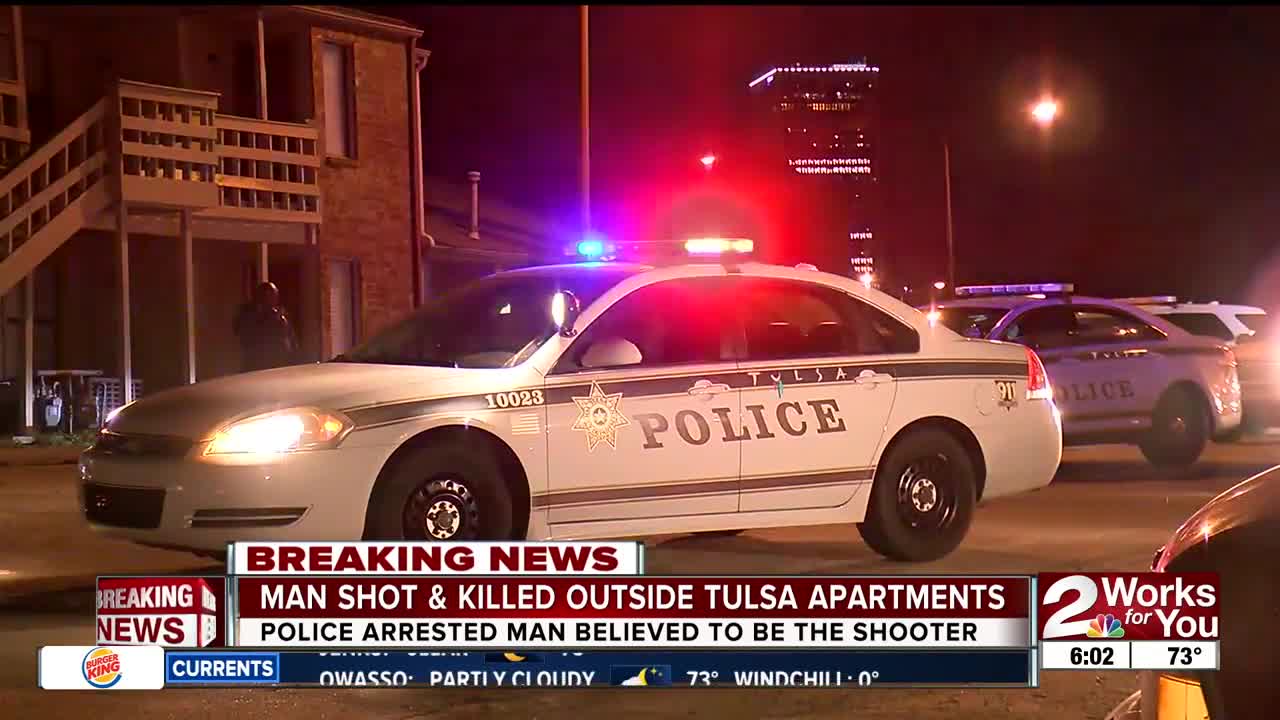 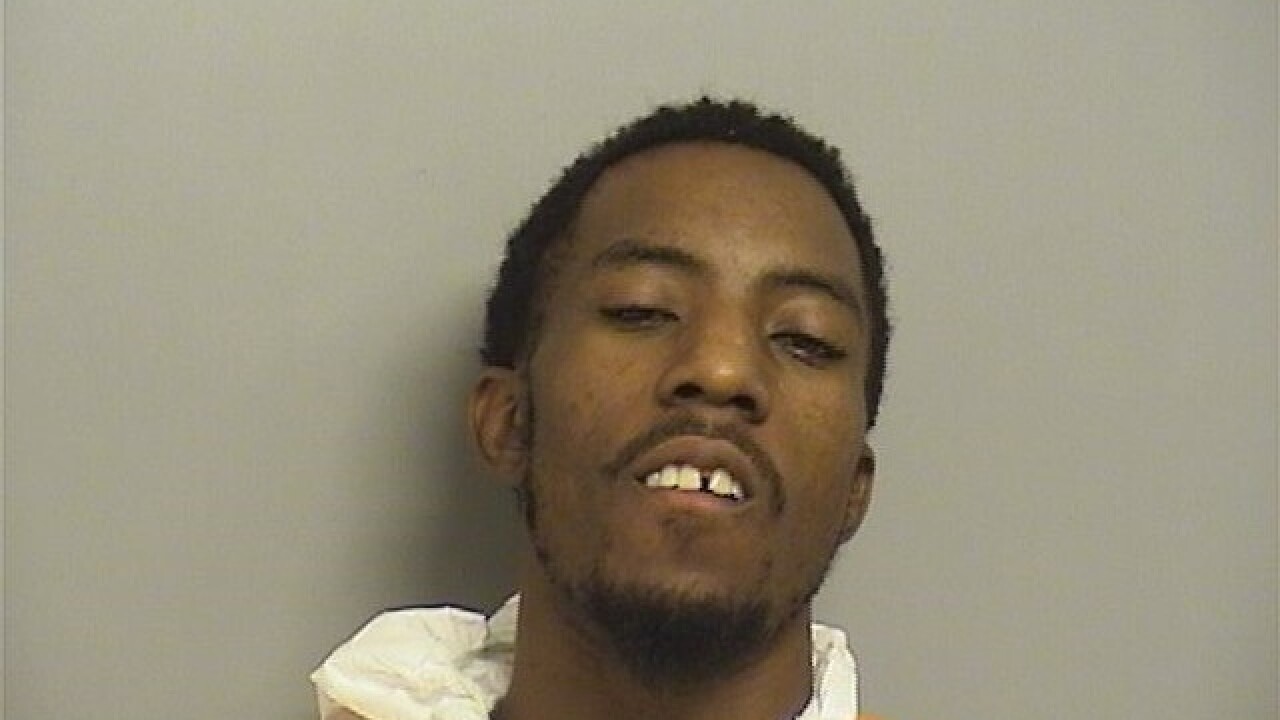 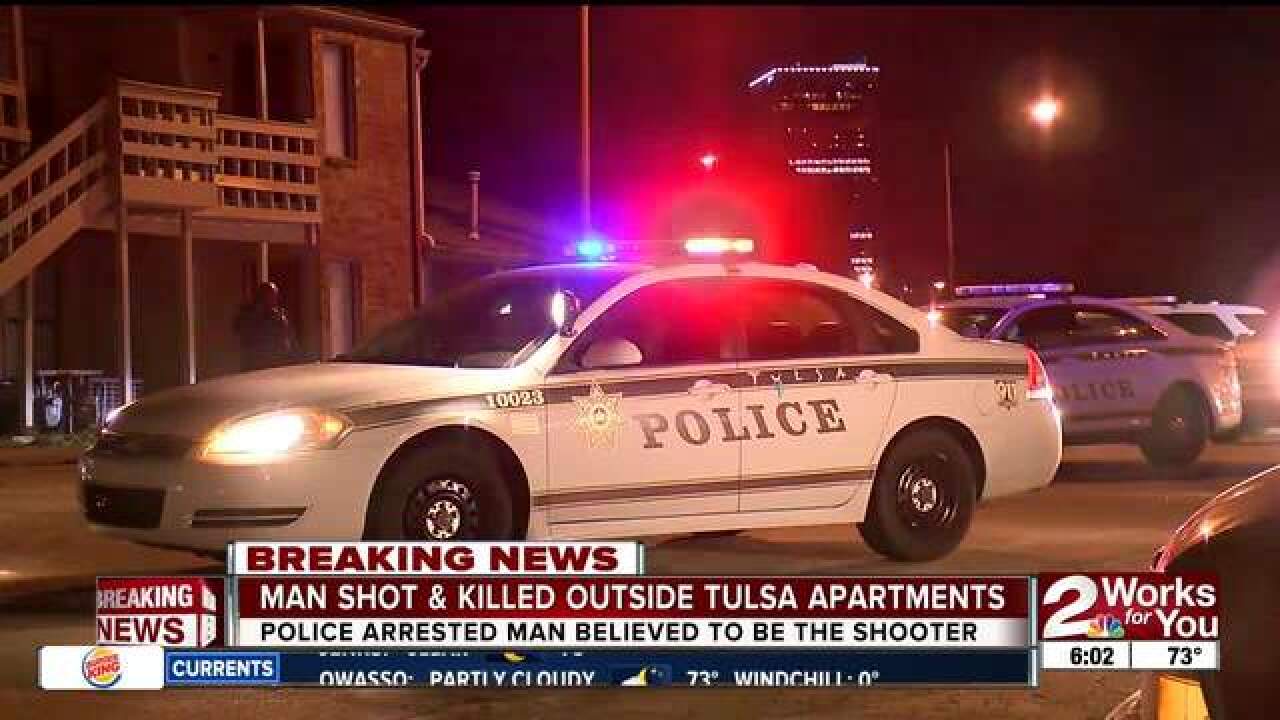 Officers arrested a suspect who was questioned at the police station. He has been identified as Jessdun Markham. Markham was arrested on a count of first-degree murder.

The call went out a little after midnight on Wednesday.

Police responded to a shooting at Sunset Plaza Apartments near the OSU Tulsa campus near downtown.

At the scene, officers found a 26-year-old victim, identified as Dequelon Penn, dead from multiple gunshot wounds, in the doorway of an apartment.

The suspect was arrested after police found him hiding on top of a YMCA building a few miles north of the apartments.

One person reportedly told officers she saw what happened and was also questioned.