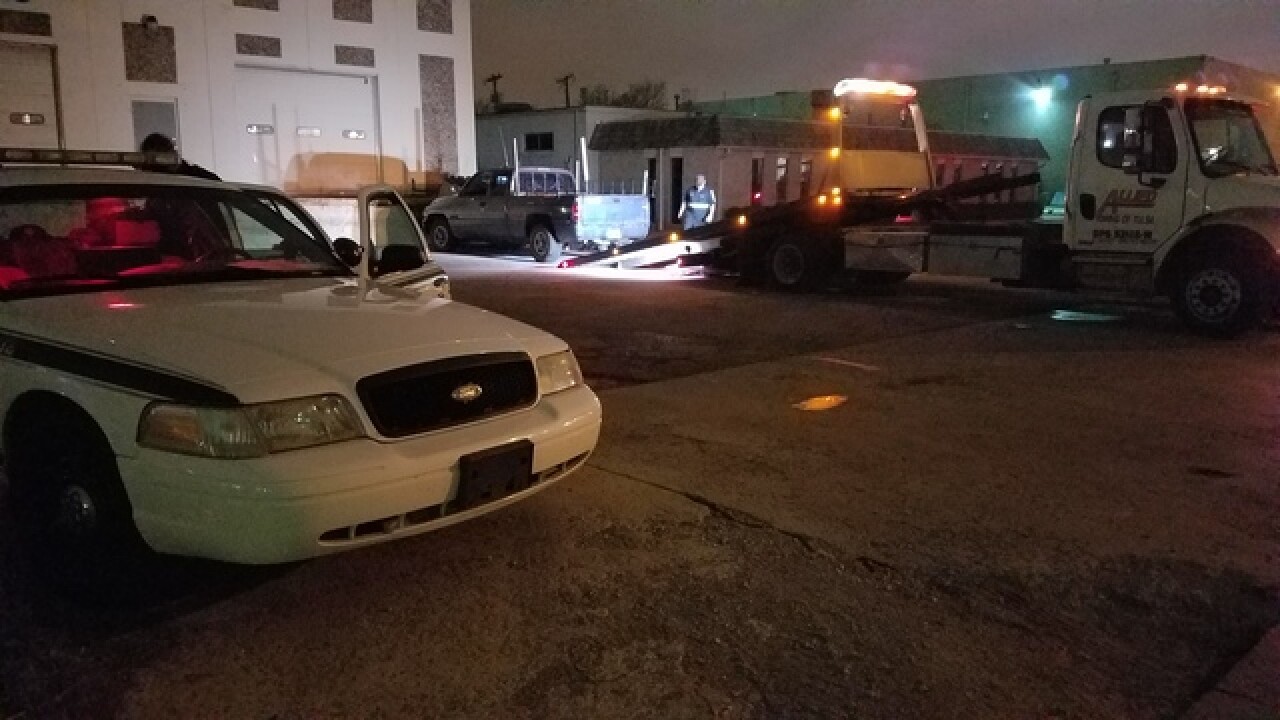 TULSA -- Officers are investigating after finding a driver dead inside his truck early Tuesday morning.

Police say around 12:45 AM, an officer on patrol near 9100 E. 46th St. found a pickup stopped near a dumpster inside a business' parking lot. The truck was still in drive, with its engine revving because the driver's foot was still on the accelerator.

The driver didn't respond to the investigating officer, who noticed his eyes were open and didn't appear to be breathing. EMSA responded to the scene and confirmed the man was dead.

Police think the driver knew he was having a medical emergency, and pulled into the parking lot before he could wreck. Officers aren't identifying him at this time.